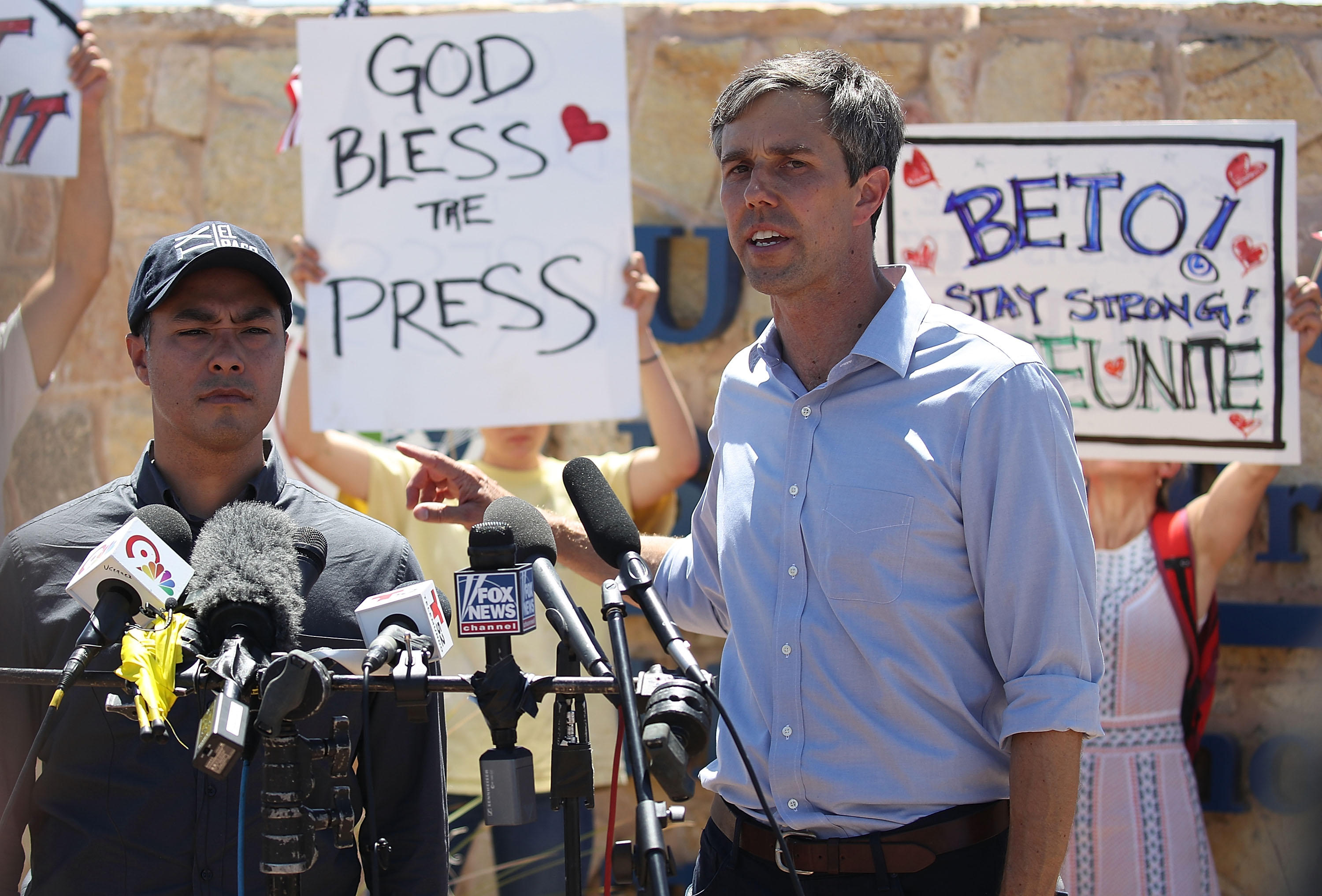 Meanwhile, O'Rourke is the narrow favorite among independent voters, who back him 46 percent to Cruz's 45 percent. Latinos, women, voters under 45, and African-Americans also all support O'Rourke.

No Democrat has won a statewide race in Texas since 1994, but progressives are hopeful that O'Rourke's barnstorming style of campaigning could attract new voters. O'Rourke's campaign raised over $10 million in three months, but the state remains more red than purple.

The poll also found that incumbent Republican Gov. Greg Abbott has the support of 56 percent of registered voters, while Democratic opponent Lupe Valdez has the backing of 37 percent. Abbott is defeating Valdez among almost every demographic.

What is the QAnon conspiracy theory?
Grace Segers