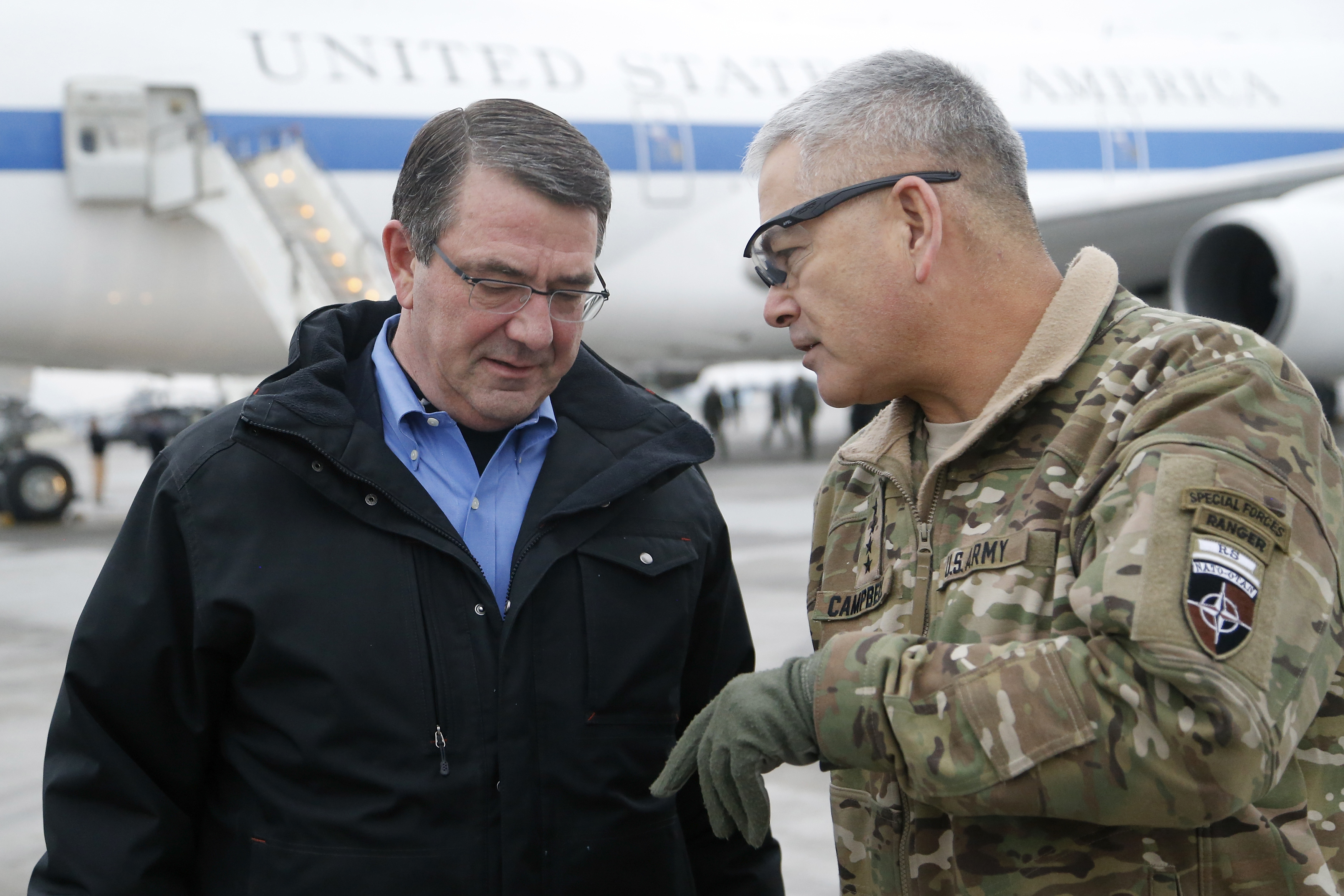 KABUL, Afghanistan -- Just days after being sworn in, new Defense Secretary Ashton Carter made his international debut Saturday with a visit to Afghanistan.

Carter, who was sworn in Tuesday as Pentagon chief, planned to see American troops and commanders, meet with Afghan leaders and assess whether U.S. withdrawal plans are too risky to Afghan security.

"We're looking for success in Afghanistan that is lasting," Carter told reporters traveling with him.

Carter, an experienced defense strategist, revealed little about his thinking on current trends and future prospects for Afghanistan, saying he was using his trip to gather information that will enable him to formulate advice for President Barack Obama. Consulting is his way of "getting my own thinking together," he said.

Carter is Obama's fourth Pentagon chief. He served as the Pentagon's No. 2 official earlier in Obama's tenure and is seen as a technocrat largely untested on the international stage.

Afghanistan's security forces have improved greatly, but the country is still struggling with a resilient insurgency 13 years after U.S. troops invaded and toppled the Taliban regime. Many Afghans worry that Obama is risking an Iraq-like relapse in security by cutting American troop totals in half this year, from the current 10,000, and ending the military mission entirely at the end of 2016.

In an in-flight interview, Carter said he expects to discuss the troop withdrawal plan with Afghan President Ashraf Ghani and get his assessment of how the U.S. military can best support the continued development of Afghan forces.

"That's what I'm here to find out," he said. "How do things stand now, and what's the best path forward."

U.S. forces ended their main combat mission in December 2014 but have remained in smaller numbers to continue training and advising the Afghans and to conduct counterterrorism strikes against extremist groups.

Carter said he also expects to hear Ghani's views on prospects for peace talks with the Taliban.

Carter said he chose Afghanistan as his first overseas destination "because this is where we still have 10,000 American troops and they come first in my mind, always."

He said he will meet with Gen. John Campbell, the top U.S. commander in Afghanistan, as well as Gen. Lloyd Austin, who as head of Central Command has overall responsibility for U.S. military operations in the greater Middle East.

Campbell recently presented Obama with options that include slowing this year's troop drawdown and potentially keeping a key U.S. training site open longer than currently scheduled, without abandoning Obama's plan to have essentially all U.S. troops out of the country before he leaves office in January 2017.

Carter indicated no strong concern about reports of extremists in Afghanistan taking up the cause of the Islamic State of Iraq and Syria (ISIS) that has risen to prominence in the Middle East. He said this appears to be a case of extremists "rebranding" themselves.

"The reports I've seen still have them in small numbers," he said.