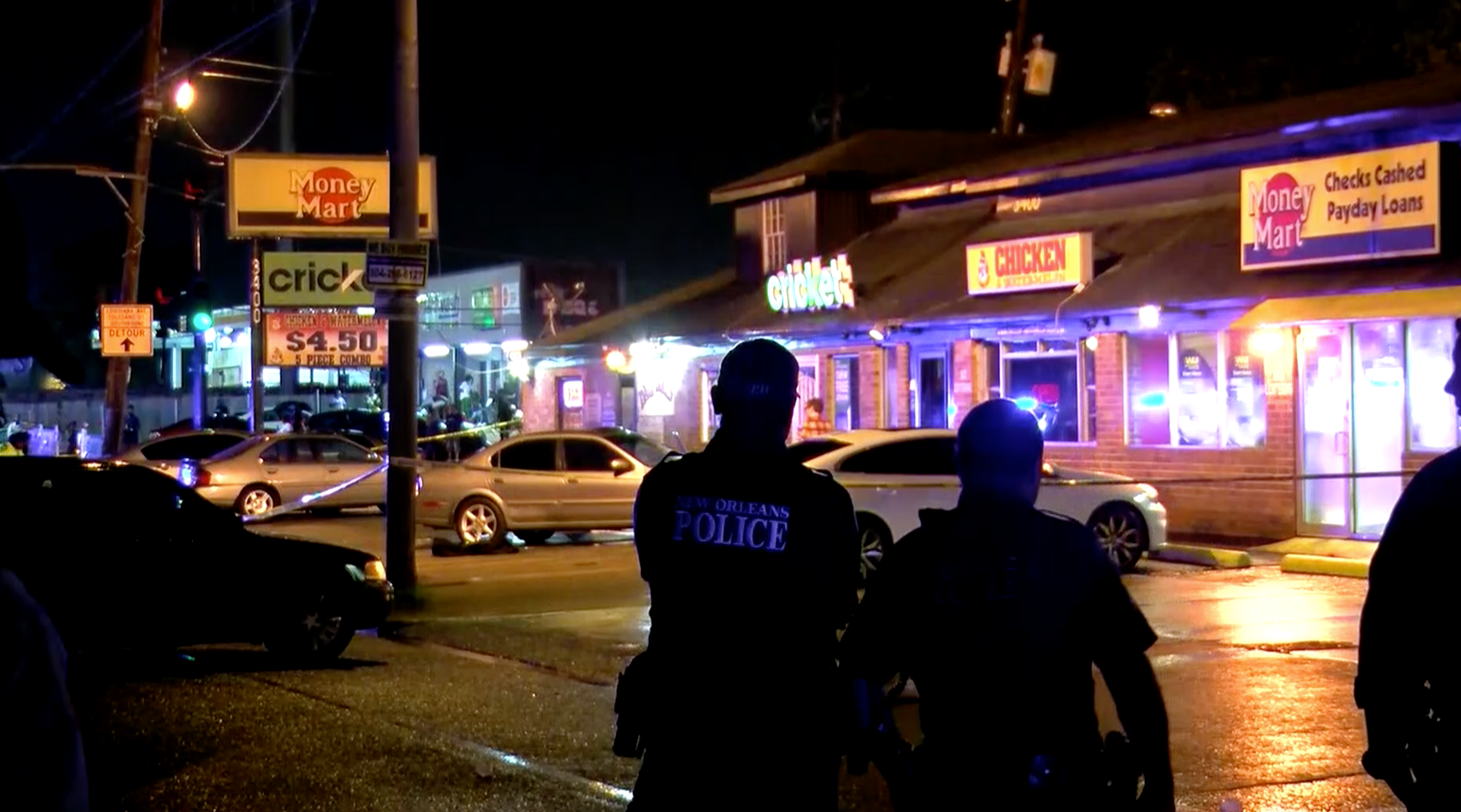 NEW ORLEANS -- Three people were killed and seven others were injured during a shooting in New Orleans, officials said. The New Orleans Police Department said they are searching for two suspects who opened fire on a crowd of people on the 3400 block of South Claiborne Avenue.

Police said investigators are gathering evidence and working to identify the two suspects and their motive.

Mayor LaToya Cantrell issued a statement late Saturday saying "there is no place in New Orleans for this kind of violence."

"I speak for everyone in our City when I say we are disgusted, we are infuriated, and we have had more than enough. Three more lives -- gone. It has to end. This happened near my neighborhood, on the edge of Broadmoor. It's unacceptable anywhere," Cantrell said.

Three of the victims, two males and one female, were pronounced dead at the scene, police said. The seven injured, identified as five males and two females, were transported to area hospitals.