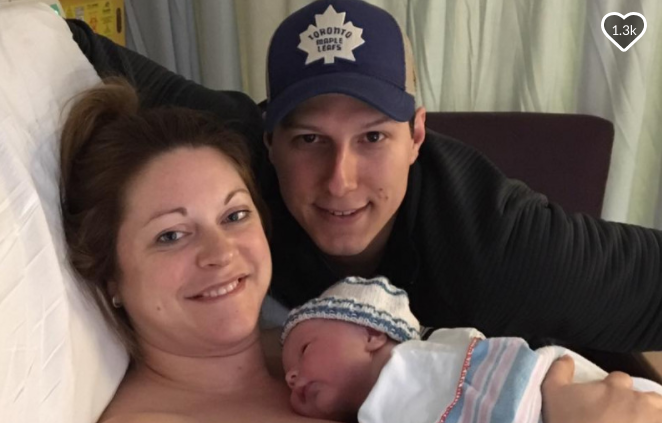 Not long after giving birth to her first child, a previously healthy mom from Canada found herself in the fight of her life.

According to a GoFundMe page set up by her family, Hubley was diagnosed with necrotizing fasciitis, more commonly known as "flesh eating bacteria." Doctor rushed her into surgery after realizing her body was going into septic shock. She was put into an induced coma in the intensive care unit and she began suffering multiple organ failure. To keep her alive, doctors performed multiple surgeries, including amputations of both arms and legs below the knee.

Now, Hubley is taking legal action against the IWK Health Centre and several Halifax-area doctors alleging that they were negligent in care during the birth of her son and postoperative care.

"What Lindsey and her family have gone through over these past seven months is incomprehensible," her attorney, Raymond Wagner, said in a press release. "She is truly a survivor, and remarkably has maintained a positive and determined attitude along her long road to recovery, all while juggling the struggles, and joys, of a newborn."

Wagner told the Canadian Press it's alleged that part of the placenta was not removed at birth and that Hubley had a vaginal tear that required sutures, which could have contributed to the infection and health problems that followed.

Additionally, it's alleged that doctors did not perform an examination on Hubley when she returned to the hospital with abdominal pain on March 5 -- the day after being discharged after giving birth -- but rather diagnosed her with constipation and sent her home, the Canadian Press reports.

CBS News reached out to the IWK Health Centre but a representative declined to comment, saying "we cannot comment on this matter. It is now before the courts."

Wagner noted in the press release that Hubley will require an "incredible amount" of ongoing care and that "there are certain aspects of Lindsey's care that raise concern, and which require further investigation. We are looking for answers to some very difficult questions".

In deciding to make her claim public, Hubley stated: "If my story can help prevent even one person from going through what I have, and improve gaps in health care, then publicly discussing what happened to me will be worth it."