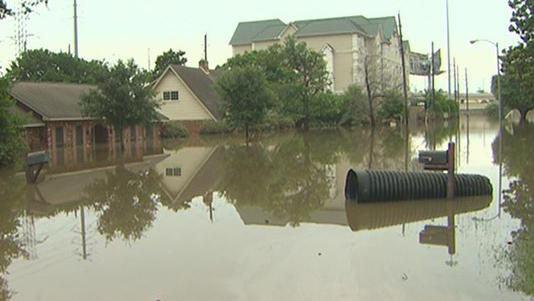 HOUSTON -- Harris County, Texas, officials say a 77-year-old woman died from a flesh-eating bacterial infection she contracted after falling into Harvey floodwaters in her home and sustaining a traumatic injury.

The Harris County Institute of Forensic Science marked Nancy Reed's death September 15 as the 36th in the county related to the hurricane and its unprecedented rainfall. County emergency response officials have tallied at least 80 deaths in flood-affected areas since the storm hit August 25.

Those who knew her told CBS affiliate KHOU-TV that Reed was dedicated to her community as an avid donor and longtime volunteer, both with her church and several non-profit organizations.

She was heavily involved in one non-profit in particular, Village Learning and Achievement Center, an educational center for adults and children with disabilities. Reed had been involved with the Village for 11 years and attended every fundraising event they sponsor. The staff says losing her has been and will continue to be very difficult.

"God has gained an amazing angel. That's what I would say, and we're going to miss her," said administrative specialist Tina Tilea.

"It was difficult to learn because we saw her a lot, very often, at all of our events, and like I said, she would stop by a lot and drop off things and come visit," said development manager Erica Badamo.

Contaminated storm water was the underlying cause of at least one other death during Hurricane Harvey and its aftermath. Clevelon Brown, 64, of Galveston County picked up a bacterial infection from standing in floodwater and died of sepsis, which is an immune-system response to infection that causes widespread inflammation.

The CDC says infections with flesh-eating bacteria, also known as necrotizing fasciitis, are rare, but can turn deadly very quickly. Symptoms may include redness, rapid swelling and skin that is warm to the touch, followed by fever, chills, fatigue and vomiting. People who experience such symptoms should seek medical attention immediately.