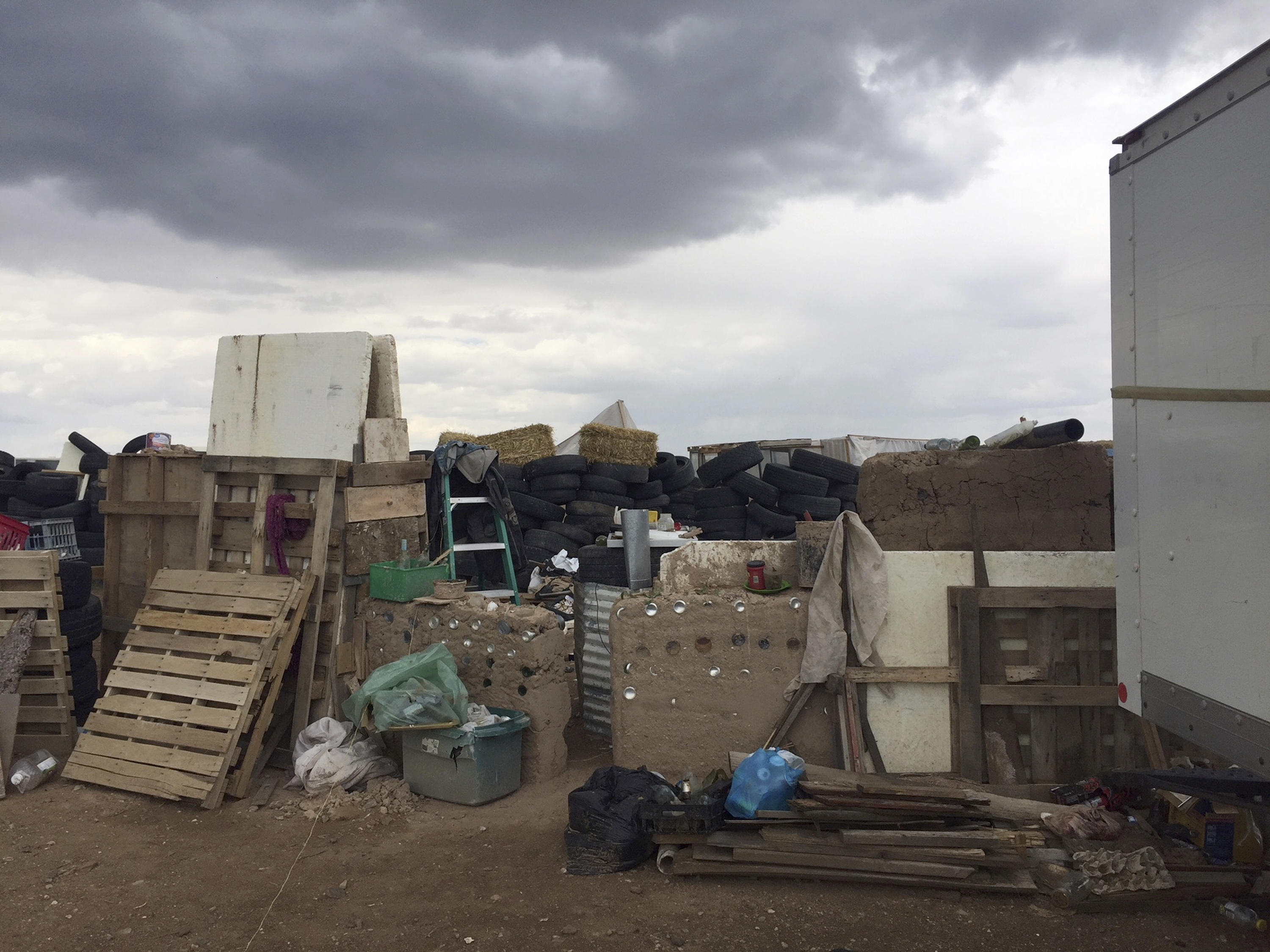 ALBUQUERQUE, N.M. -- A raid on a New Mexico desert compound turned up 11 children wearing rags and living in filth, and broke open a bizarre tale of guns, exorcism and a search for a missing young boy who suffers from seizures. The boy's father was among five people arrested after the raid near the border with Colorado, and documents made public in a court filing Monday said the father told the boy's mother before fleeing Georgia that he wanted to perform an exorcism on the child because he believed he was possessed by the devil.

Wahhaj was scheduled to make his first court appearance Tuesday, in Taos Magistrate Court. Georgia officials want him extradited to face a charge of abducting his son, Abdul-ghani, from the state in December when the boy was 3 years old.

Abdul-ghan wasn't among the children found, but Hogrefe said authorities have reason to believe the boy was at the compound several weeks ago.

CBS Albuquerque affiliate KRQE-TV made multiple calls to the Taos County Sheriff's Office to try to learn why the compound was closed off on Tuesday and whether has anything to do with the missing boy.

Hogrefe's deputies are being joined in their search for the child by the FBI and Georgia authorities in Clayton County, where officials say the boy was living before his father took him around Dec. 1, 2017.

The boy's mother told authorities the boy suffers from seizures, cannot walk to due to severe medical issues and requires constant attention.

She told police in December that Wahhaj had taken the boy for a trip to a park and never returned.

Clayton County police said in a missing persons bulletin that Wahhaj and his son were last seen Dec. 13 in Alabama, traveling with five other children and two adults.

Georgia authorities said Wahhaj was traveling through Chilton County on Dec. 13 with seven children and another adult when their car overturned. Wahhaj told police the group was traveling from Georgia to New Mexico to go camping.

The trooper who wrote the report said he found no camping equipment in or near the vehicle but that Wahhaj was in possession of three handguns, two rifles, a bag of ammunition, and a bulletproof vest. Wahhaj told the trooper that he owned the guns legally and had a Georgia permit to carry concealed weapons.

"Mr. Wahhaj seemed to be very concerned about his weapons and stated several times that they were his property and that he owned them legally," the report said.

It was not immediately known Monday whether Wahhaj and the others charged in the child abuse case in New Mexico -another man and three women believed to be the mother of the 11 children - had retained attorneys. The public defender's office in Taos County did not immediately return telephone message from The Associated Press seeking comment.

The Taos County sheriff identified the women facing charges as Jany Leveille, 38-year-old Hujrah Wahhaj, and 35-year-old Subhannah Wahha. They were arrested in the town of Taos and booked into jail.

A message that people were starving, believed sent by someone inside the compound, led to the discovery of the children ranging in age from 1 to 15. They were removed from the compound and turned over to state child-welfare workers.

The search at the compound came amid a two-month investigation in collaboration with Clayton County authorities and the FBI, according to Hogrefe.

He said FBI agents surveilled the area a few weeks ago but did not find probable cause to search the property.

That changed when Georgia detectives forwarded a message to Hogrefe's office that initially had been sent to a third party, saying: "We are starving and need food and water."

What authorities found was what Hogrefe called "the saddest living conditions and poverty" he has seen in 30 years on the job.

Other than a few potatoes and a box of rice, there was little food in the compound, which Hogrefe said consisted of a small travel trailer buried in the ground and covered by plastic with no water, plumbing and electricity.

Hogrefe said the adults and children had no shoes, wore dirty rags for clothing and "looked like Third World country refugees."

The grandfather of the missing boy, Imam Siraj Wahhaj of Brooklyn, New York, issued a plea on Facebook for helping finding his grandson.

In a federal court filing in 2006, Siraj Ibn Wahhaj claimed he was harassed on his way to and from Morocco by customs agents at JFK Airport in New York because he is "the son of the famous Muslim Imam Siraj Wahhaj."