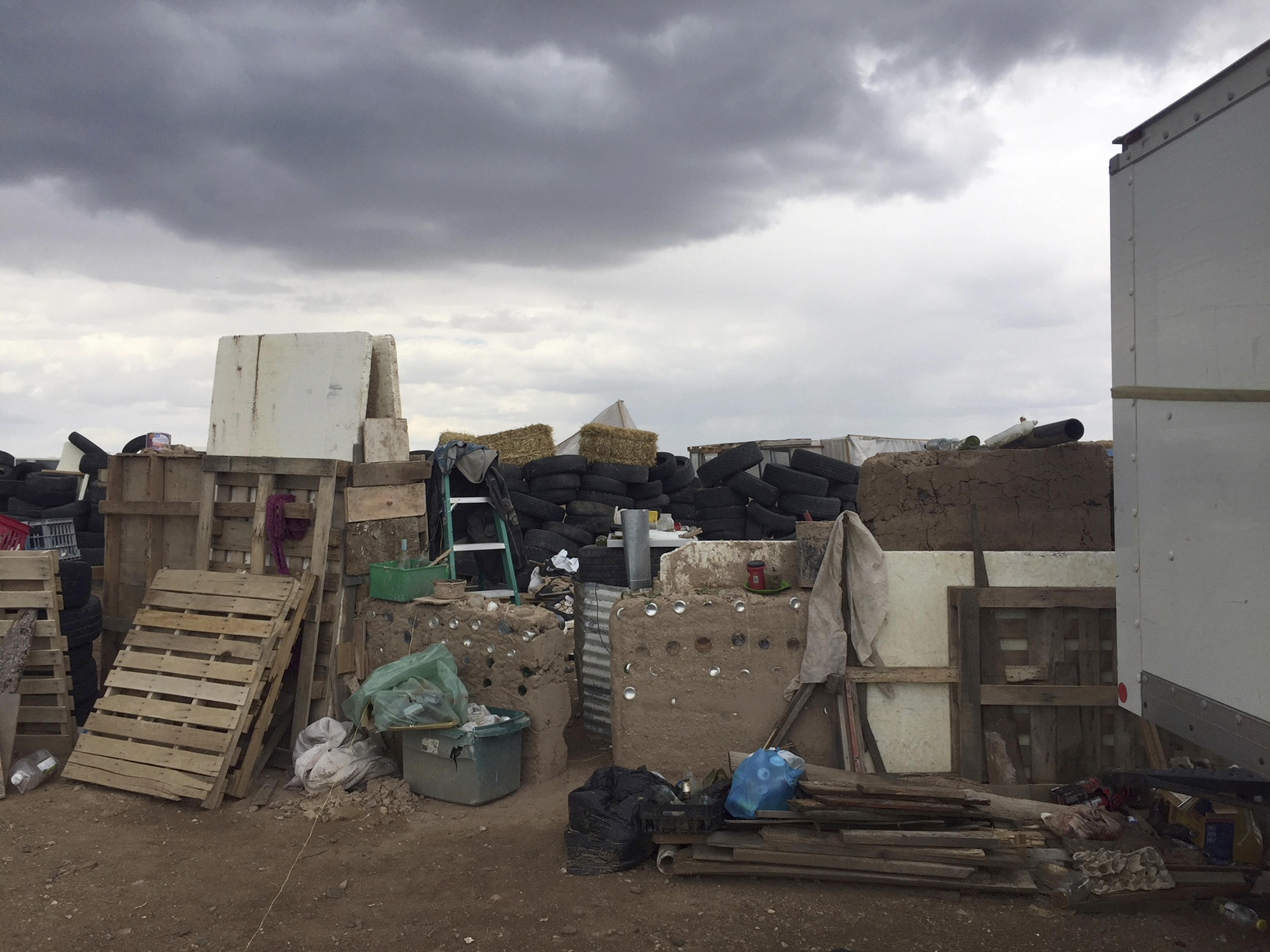 TAOS, N.M. — Law enforcement officers searching a rural northern New Mexico compound for a missing 3-year-old boy didn't locate him but found 11 other children in filthy conditions and hardly any food, a sheriff said Saturday. The children ranging in age from 1 to 15 were removed from the compound in the small community of Amalia, New Mexico, and turned over to state child-welfare workers, Taos County Sheriff Jerry Hogrefe said.

Two men were arrested during the search while two women at the compound were initially detained before being released pending further investigation, Hogrefe said.

Hogrefe said he got word in May about 39-year-old Siraj Wahhaj, who was wanted for the abduction of a 3-year-old boy in Clayton County, Georgia, CBS Albuquerque affiliate KRQE-TV reports. After an extensive investigation, on Friday morning deputies and other agencies raided what the sheriff called a compound made of garbage and tires.

Wahhaj was jailed on a Georgia warrant alleging child abduction while the other man, identified as Lucas Morten, was arrested on suspicion of harboring a fugitive, Hogrefe said.

The search stemmed from an investigation involving the Taos County Sheriff's Office, the FBI and Clayton County, Georgia, authorities, Hogrefe said in a statement.

Amalia is 145 miles northeast of Albuquerque and in an isolated high-desert area near the New Mexico-Colorado border.

Hogrefe said authorities had conducted surveillance of the compound while looking for the missing boy before he decided Thursday to get a search warrant immediately after a Georgia investigator forwarded a message in which someone at the compound reportedly told another person that people at the compound were starving and needed water.

Hogrefe said the search did not turn up the missing boy, identified by the sheriff as AG Wahhaj, but that investigators had reason to believe the boy had been at the compound fairly recently.

It's not clear whether the boy and Siraj Wahhaj are related.

There were no injuries during the search, the sheriff said. But Wahhaj and Morten initially refused to follow commands and Wahhaj was armed with a rifle and four handguns, Hogrefe said.

There was little food in the compound, which consisted of a small travel trailer buried in the ground and covered by plastic with no water, plumbing and electricity, he said.

"The only food we saw were a few potatoes and a box of rice in the filthy trailer," the sheriff said.

The sheriff said one of the women is pregnant and that the 11 children on the property were in very poor health, KRQE-TV reports. The women were detained, but later released, and the sheriff's office says they would not talk to investigators.

Both the women and the children are in custody of social services.

The adults and children appeared like "refugees not only with no food or fresh water, but with no shoes, personal hygiene and basically dirty rags for clothing," the sheriff said. "We all gave the kids our water and what snacks we had -- it was the saddest living conditions and poverty I have seen."