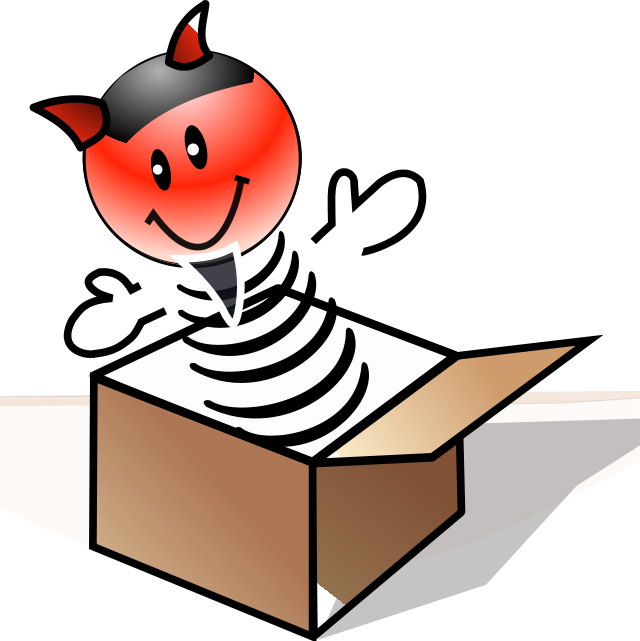 First days at a new job can be overwhelming and exhausting. You're unclear about expectations big and small, haven't yet figured out the office pecking order, and don't even know where the kitchen is (not to mention how to use the coffee machine). After a week or two, you usually start to settle in; after a month, you stop feeling like the "new guy" -- and in a larger company, you probably aren't.

If you're about to start a new job, here are 5 hilariously painful stories of first  (and for some, last) days at work. They'll make you want to laugh, cry, and hopefully feel a little less nervous about your own first day.

'My accent was my downfall'

"My first day at a management consultancy in New York was my only day. Born and raised in London, England, I have a pronounced British accent. On my first day as a secretary, my immediate boss had found out that very morning that her British hubby had been cheating on her. She held court in the office where the other three secretaries were gathered, and spewed out his questionable parentage, the size or lack of private parts and commented that British people like to bathe, not shower, and how filthy that is. She continued, [saying] the stiff upper lip is to mask their total lack of feelings and on top of it all, we are apparently cheap, suffer with halitosis and rotten teeth, oh and our food is disgusting.

"I spent my first day saying very little, and when I did speak it was in my very best American accent. I threw in a few 'awesomes' and used the word 'like' as much as possible, in all the wrong places, so she would not know I was a Brit and hate me too. I left at 5 o'clock and headed to the nearest Brit hangout for some comfort and love." --Rochelle Peachey, founder of I Love Your Accent, a transatlantic dating site.

"I had landed a temp job at CNN. I was thrilled! I was going to work hard, 'be discovered' and be the next CNN news anchor! I was placed in the promotional offices.

"The children's network was running a monthly promotion with Delta Airlines to give kids flying on a Delta flight a coloring book and a pencil. My job was to sharpen the thousands of pencils! In the course of one day, I figured out it took 436 pencils (and I'll never forget that number) to blow out the mini-engine inside the electric pencil sharpener. I went through four pencil sharpeners in one day and never thought the day would end.

'I was asked if I was a virgin'

"I had a job where the new person was welcomed with a luncheon at which everyone got to ask the newbie anything they wanted. I was asked when I lost my virginity, if I had any secret tattoos or piercings and other inappropriate questions!

"I had come from a conservative company in DC, and this was my first job in L.A.  My thought to myself was, 'This would have never happened in DC. These people in LA really don't know professional boundaries.'" --Name withheld

"Here I was, the newly appointed head of global communications for a UK-based company.  I found a nearby cafe and picked up a brown bag lunch to bring back to the office so I could eat on the balcony I'd seen earlier in the day. I picked the table closest to the tree-lined edge and proceeded to sit down. Within seconds, I could feel the [heavy cement] bench collapsing beneath me.

"I landed on top of the cement pile of rubble with my legs pointing into the air and bleeding from my hand and knees. I had a cut in my pant leg and black dirt all over my business jacket. Sadly, my lunch also suffered the same fate and was sprawled over the ground with me." --Diana Rohini LaVigne

'I was told to tell my boss to go to hell'
"I went to work for a newspaper ... [they] told me I was being hired to write but stuck me back in classified ads. The ad department was set up so we all sat in one big room. The manager sneezed and said wouldn't it be funny if we said 'go to hell' instead of 'bless you,' so everyone agreed we would do it all day.

Of course the first time somebody sneezed I was the only person to tell them where to go."--Cindhi Herd, business manager, Nelson Cohen Global Consulting, Inc.

The 3 biggest surprises in leadership