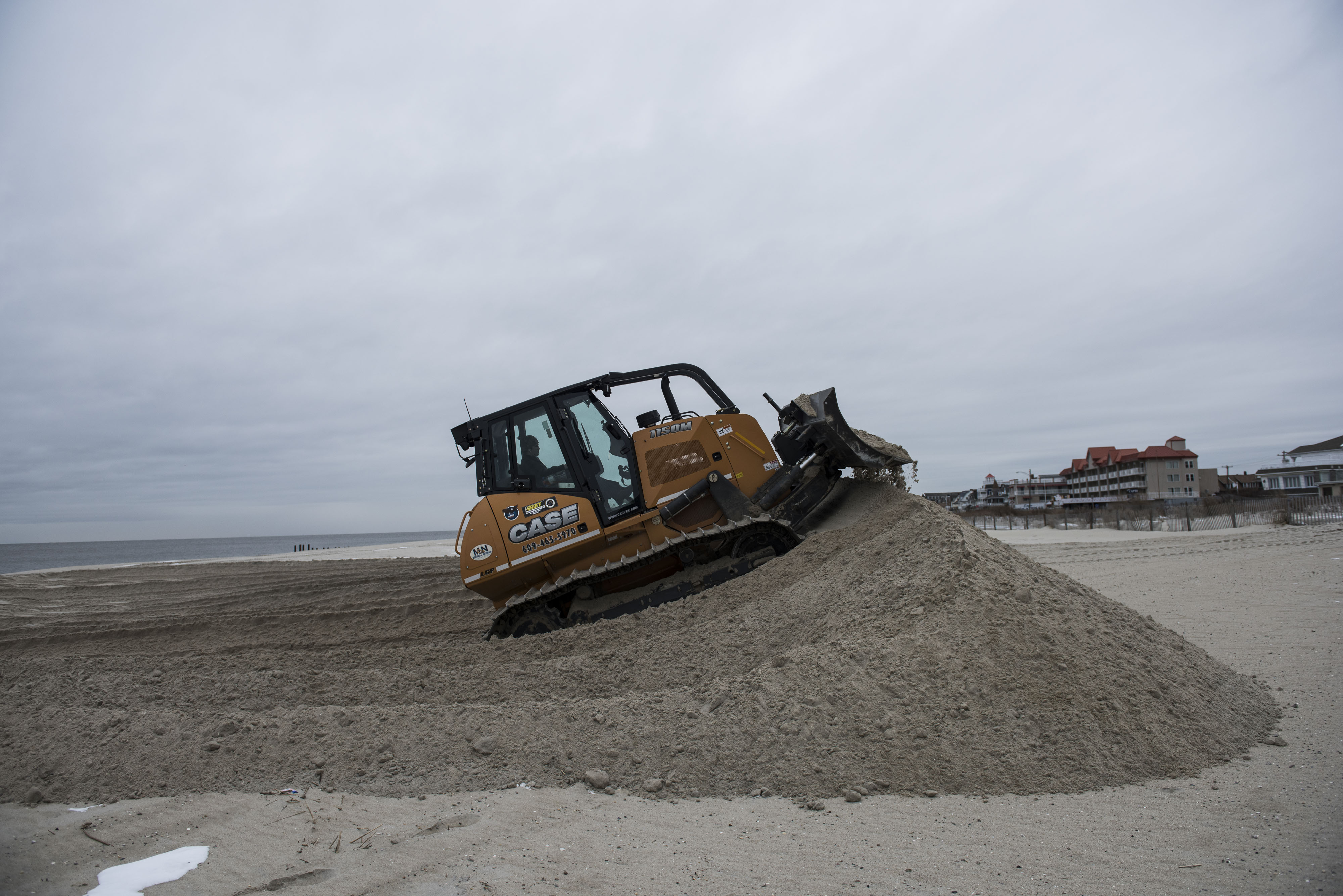 MANASQUAN, N.J. -- As a massive storm rolls up the East Coast, storm surge and flooding are the big concern on the Jersey shore.

Conditions are a lot like those when Superstorm Sandy tore thousands of homes apart in 2012.

In Belmar, bulldozers were busy Friday afternoon, trying to shore up a mile-long sand dune built after Sandy. That storm caused more than $36 billion worth of damage to the state.

This weekend's storm has some of the same characteristics as Sandy -- coming during a full moon and high tide.

"We are more prepared for this storm than any storm that has ever come our way before," Belmar Mayor Matt Doherty said.

Pat Galdieri, 75, had to have her entire home renovated after Sandy. She was planning to ride out the storm.

"I get a little nervous, 'cause we not longer have protection in the front of our house like we did originally -- we had a wall," Galdieri told CBS News.

As his state prepared for the storm, New Jersey Gov. Chris Christie received criticism for spending the last few days campaigning in New Hampshire. Friday, he changed his mind and headed home.

New Jersey learned Thursday that the state will only get $15 million of the $326 million it requested from the Sandy disaster relief program. Federal officials blame a weaker application than states like New York, which will get $212 million in relief aid.