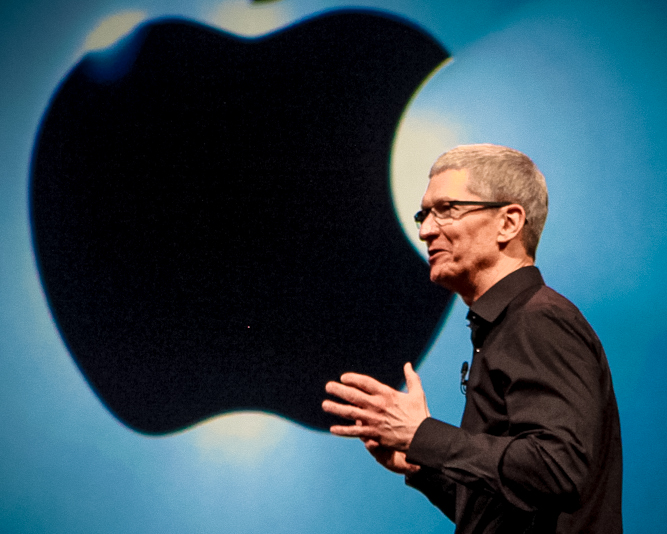 Apple is expected to announce a new iPhone on Tuesday, and rumors surrounding the new device are at fever pitch. Reports of what the new iPhone might look like include everything from a gold finish to fingerprint technology. Here's a roundup of what to expect from Apple's Sept. 10 press event.

Some rumors suggest that the new iPhone will come in a variety of colors, including gold. Why gold? The blog iMore speculates that gold is one of the "easiest colors to anodize" -- a process that thickens the oxide layer of on the surface of metal. The iPhone is also rumored to come in navy, gray, pink, green and orange.

It's been widely reported that Apple is planning on releasing a low-cost iPhone model, dubbed the iPhone 5C. Rumors suggest that the smartphone will be made of plastic and come in a variety of bright colors. Adding fuel to the flames is that Apple is holding its first ever press event in China on Sept. 11 -- a market that the tech giant has been aggressively expanding in. Releasing a cheaper iPhone could help Apple take a bite out of its competitors.

Perhaps the biggest change iPhone buyers will experience is Apple's completely redesigned mobile operating system. Apple will likely release iOS 7 to the public on Tuesday. Gone are the days of shiny icons and 3D effects. Thenew look and feel of iOS 7 is flat and colorful, with a more translucent look.

Announced with iOS 7 in June, iTunes Radiois Apple's answer to music streaming apps like Pandora. The new app has integrated some of its features from Genius, the software that learns music taste and builds recommendations upon the data. ITunes Radio users will have access to all of the iTunes catalog -- about 26 million tracks.

The new app is expected to be released Tuesday on iTunes and Apple TV. An ad supported version will be free for U.S. customers, but iTunes Match subscribers will not see any ads.

Apple's press event will be held at the company's headquarters in Cupertino, Calif. at 9 a.m. PT. CBSNew.com's sister site CNET will report live from the event. Stay tuned for the lastest.