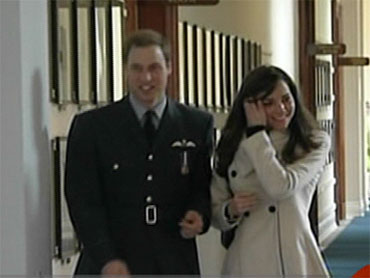 An American and two Britons won this year's Nobel Prize in medicine for discoveries about how genes regulate organ growth and a process of programmed cell suicide. Their findings shed new light on the development of many illnesses, including AIDS and strokes.

Brenner, a professor at the Salk Institute for Biological Studies in La Jolla, California, is also the founder of the Molecular Sciences Institute in Berkeley. He broke new ground by showing that a chemical could produce specific genetic mutations in the roundworm, the Nobel Committee said. Different mutations could then be linked to specific effects on organ development.

Sulston, of the Sanger Center at England's Cambridge University, discovered that certain cells in the developing worm are destined to die through programmed cell death. He demonstrated the first mutations of genes that participate in that process, the committee said.

Horvitz, of the Massachusetts Institute of Technology, identified the first two "death genes" in the worms and showed that humans have a gene similar to one of them, the committee said. Scientists now know that most genes controlling cell death in the worms have counterparts in humans.

Information about programmed cell death has helped scientists understand how some viruses and bacteria invade human cells, the committee said. In conditions such as AIDS, stroke and heart attack, cells are lost because of excessive cell death. In other diseases like cancer, cell death is reduced, leading to the survival of cells that are normally destined to die.

The award for medicine opened a week of Nobel Prizes that culminates Friday with the prestigious peace prize, the only one revealed in Oslo, Norway.

The physics award will be announced Tuesday and the chemistry and economics awards Wednesday in the Swedish capital.

As in years past, the date for the literature prize has not been set. But it always falls on a Thursday, usually the same week as the other awards.

The award committees make their decisions in deep secrecy and candidates are not publicly revealed for 50 years.

Alfred Nobel, the Swedish industrialist and inventor of dynamite, left only vague guidelines in his will establishing the prizes, first awarded in 1901.

For the prize Monday, he simply stated the winner "shall have made the most important discovery within the domain of physiology or medicine."

The 18 lifetime members of the Swedish Academy who choose the literature laureate make their final decision at one of their weekly meetings, only setting the date early in the same week to keep the world guessing.

"I also think it's time for them to pick a poet," Schueler said, declining to single out any names. "The last poet they had was the Polish writer Wislawa Szymborska in 1996. Since then they've had playwrights and prose writers."

The only public hints are for the peace prize.

The five-member awards committee never reveals the candidates, but sometimes those making the nominations announce their choices.

With the world still reeling from last year's Sept. 11 terrorist attacks and concerned about U.S. plans for a war in Iraq, no clear favorites have emerged.

Among the nominees were Afghan President Hamid Karzai, who has sought to unify his country after the hard-line Taliban was ousted by U.S.-led airstrikes, former New York City Mayor Rudolph Giuliani, the Salvation Army and the U.S. Peace Corps.

President Bush and British Prime Minister Tony Blair were nominated for leading the war against terrorism but were seen as unlikely winners in wake of their efforts to convince the world of the need to overthrow Saddam Hussein.

The Nobel Assembly at the world-renowned Karolinska Institute, which selects the medicine prize winner, invites nominations from previous recipients, professors of medicine and other professionals worldwide before whittling down its choices in the fall.

Last year's winners were Leland H. Hartwell of the United States and R. Timothy Hunt and Paul M. Nurse from Britain for discovering key regulators of the process that lets cells divide, which is expected to lead to new cancer treatments.

The awards always are presented on Dec. 10, the anniversary of Nobel's death in 1896.

Authorities found two vehicles on fire, one containing four bodies and the other 15.

"I would have never imagined that, within 10 years, there would be less freedom in Egypt than under Mubarak's era," one pro-democracy activist tells CBS News.