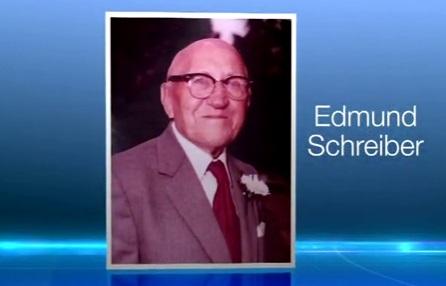 BUFFALO, N.Y. -- Newly tested DNA evidence from the home of a 92-year-old World War I veteran strangled in 1983 has led to murder charges against a woman who was a teenager when the crime was committed, prosecutors said.

Saundra Adams, 50, was charged Wednesday with second-degree murder in the slaying of Edmund Schreiber, who authorities said was strangled with several of his own neckties during a break-in at his home in Buffalo. Schreiber was wounded during WWI and had been awarded a Purple Heart medal, authorities said.

“Mr. Schreiber survived WWI, but he did not survive those who during the night of June 23, 1983, invaded his home and took his life,” said Michael J. Flaherty Jr., acting district attorney for Erie County.

Calling this, “a good day for justice,” prosecutors credited the determination of Buffalo homicide detectives, and advances in DNA science, for cracking the the cold case, using fingerprints and DNA evidence to lead to the arrest, CBS affiliate WIVB reported.

Adams’ DNA was found on some of the neckties used to kill Schreiber, and her fingerprints were found on a dresser in the bedroom where the widower was killed, prosecutors said. DNA evidence received from a lab two weeks ago from a necktie and a dresser tied Adams to the three-decade-old killing, prosecutors said.

Adams was 17 at the time of the killing. Prosecutors said an unknown accomplice was also involved.

Adams, who was arrested Tuesday, pleaded not guilty. She was being held Thursday in jail pending a bail hearing.

Her attorney, Daniel Grasso, told The Associated Press that Adams worked at the library of a Buffalo college and was the mother of two adult children. Officials at Bryant and Stratton said Adams was a student enrolled at the college’s Buffalo campus, where she was employed in the library under a work-study program.

Grasso said that at the time of the slaying Adams was living in her family’s home on the same street as Schreiber’s house. Adams still lives there, Grasso said.

She denies any involvement in Schreiber’s death, the attorney said soon after his first meeting with her Thursday.

“I’ll be curious to see how the DNA report is worded,” Grasso said.

Flaherty said his office revisited the case earlier this year at the request of the city’s homicide squad. One of the veteran’s descendants, a middle-aged granddaughter living in Kentucky, profusely thanked authorities after receiving word an arrest had been made, the prosecutor said.

“She asked me to thank all the investigators for their hard work,” Flaherty said.