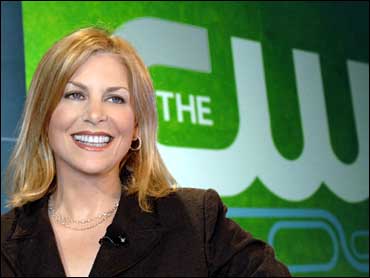 Two weeks after its supposed series finale, the family drama "7th Heaven" was revived as part of the first schedule by the fledgling CW network, which combines programming from the WB and UPN.

That first schedule melds the wrestling and black-oriented comedies of UPN with the youthful dramas of the WB. It has only two new shows, including a spinoff of the comedy "Girlfriends."

The CW — its name borrowed from corporate partners CBS Corp. and Warner Bros. Entertainment — starts Sept. 18. It will be broadcast in 92 percent of the country, including the 50 biggest markets.

The second life of "7th Heaven" is the new network's most compelling story. Before the CW was created, the WB announced last fall that the story about the Rev. Eric Camden and his family was being canceled, primarily because it cost too much to make. Quietly, the CW's leadership looked at reviving it early this spring and decided against it.

Ostroff said the decision to bring it back came after the series finale May 8, which attracted a healthy audience of more than 7 million viewers.

"They were strong all season long," she said. "It wasn't just about the finale."

Since the company that produces the show is also owned by CBS Corp., the CW was able cut a better deal to air it, Ostroff said. The show's creator, Brenda Hampton, is on board for an 11th season and the CW is working on deals to bring the cast back. Stephen Collins, who portrays Camden, was at the CW's inaugural presentation to advertisers May 18.

The CW was also eager to give its first new show, the drama "Runaway" starring Donnie Wahlberg, a strong lead-in, Ostroff said. About a family that establishes a new identity when its father is falsely accused of murder, "Runaway" will air Monday nights at 9 p.m., directly after "7th Heaven" in its customary time slot.

The return of "7th Heaven," however, meant the end of the WB drama "Everwood," which was being considered for the same time slot.

Ostroff was the target of a heavy lobbying campaign by fans who wanted to see their series survive, including some who rented an airplane to fly a sign over CW headquarters urging that "Veronica Mars" be kept on the air. Those fans succeeded; the show will air Tuesday nights following "Gilmore Girls."

The programming merger meant the end for several shows, including "Pepper Dennis," "Bedford Diaries," "Charmed," "One on One," "Half and Half," "Eve," "Related," "South Beach" and "Love, Inc." The comedy "Reba" is also off the schedule, although Ostroff said it could return.

Tyra Banks' "America's Top Model" returns for a seventh season, followed by "One Tree Hill" on Wednesday nights. The fantasy action series "Smallville" and "Supernatural" will air on Thursdays, and professional wrestling Fridays. The network will not broadcast on Saturday nights.

A two-hour block of comedies with largely black casts, currently a fixture on UPN's Monday schedule, will air from 7 to 9 p.m. on Sunday. It starts with the Chris Rock comedy "Everybody Hates Chris," and includes the new "The Game," about the wives and girlfriends of National Football League players.

"We were in a position that we really could have launched with no new shows, but that wasn't what we wanted to achieve as a new network," Ostroff said.

Since it only announced one midseason show ("Hidden Palms," a look-alike of "The O.C."), the CW clearly didn't devote much money to development in its first season.

The new network also said it would occasionally air two-minute "content wraps" in place of commercial breaks. These quickly told stories will have commercial sponsors, who will weave their products into the mini-stories. It's another effort by networks to blunt the impact of digital video recorders, which allows viewers to fast-forward through commercials.