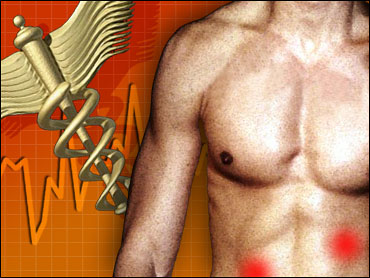 Two new blood tests may help to make the diagnosis of colon and other gastrointestinal cancers simpler, cheaper and less unpleasant. The tests, developed by Belgian and German scientists, look for genetic fingerprints of tumor growth in the blood. One test may also help to predict whether cancer is likely to spread.

The tests were described here at a joint meeting of the European Cancer Organization (ECCO) and the European Society for Medical Oncology. ECCO President Alexander Eggermont, MD, head of surgical oncology at the Erasmus University Medical Center in the Netherlands, tells WebMD that the tests may help fill a need for more convenient cancer screening. He was not involved with the work.

One in 17 people will develop colorectal cancer in his or her lifetime. It's the second most deadly cancer in the U.S. and Europe. The risk of dying is reduced substantially if the disease is caught early, when it is most treatable. But many people shun current tests such as colonoscopy and stool sample analysis, calling them invasive or just plain nasty, says Joost Louwagie, PhD, of OncoMethylome Sciences in Liege, Belgium, which is developing one of the tests.

Louwagie and colleagues collected blood samples from 193 patients undergoing surgery for colorectal cancer and 688 people who were undergoing colonoscopies. They looked for two genes, SYNE1 and FOXE1, which have been linked to tumor growth.

"We found a high frequency of these genes in colorectal patients. The same genes occurred infrequently in noncancerous patients," Louwagie tells WebMD.

"Once validated, the new methylation test could be used as a noninvasive screening option for patients who decline or do not have access to colonoscopy or do not wish to undertake the fecal occult blood test."

"The blood sample can be taken by nurses or primary care doctors without the need for special equipment or training, leading to higher rates of patient compliance," he says.

The company is talking with several larger companies about licensing rights to the test.

The second test, which was developed by Ulrike Stein, PhD, of the ECRC Charite University of Medicine in Berlin and colleagues, looks for colon, rectal and gastric cancers.

The test hones in on a genetic fingerprint, S100A4, which has been linked to the development and spread of tumors.

"We found that S100A4 was present at significantly higher levels in the group of cancer patients, no matter whether they had colorectal or gastric cancer, than in the tumor-free control group," says Stein.

There were even higher levels in patients whose cancer had spread, she says.
By Charlene Laino
Reviewed by Louise Chang
©2009 WebMD, LLC. All rights reserved