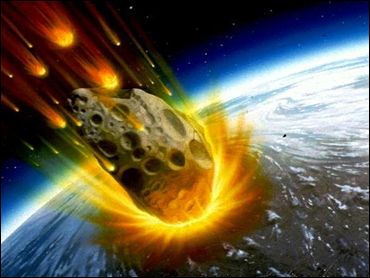 British astronomers warned Tuesday of a potential — but remote — threat of a newly discovered asteroid striking Earth in 11 years' time.

The asteroid, called "2003 QQ47" and weighing some 2.8 billion tons, could strike earth on March 21, 2014, the Leicester, England-based Near Earth Objects Information Center, or NEO, said in a statement.

The chances of a hit are estimated at one in 909,000. But the NEO warns that probability is based only on 51 observations over seven days of an object three-quarters of a mile wide and moving through space at 19 miles a second.

"The NEO will be observable from Earth for the next two months, and astronomers will continue to track it over this period," said Dr. Alan Fitzsimmons, an adviser to the NEO.

For now, the asteroid has been deemed "an event meriting careful monitoring," and given a rating of one on the Torino scale of asteroid hazards.

The Torino scale runs from zero to 10 — with 10 signifying "a collision capable of causing a global climatic catastrophe," according to NASA's Jet Propulsion Laboratory, or JPL.

Only two of the 42 objects for which the JPL lists risk calculations have Torino ratings higher than zero — the new asteroid and another discovered in 1997, which also carried a rating of one.

JPL computers have calculated that the orbit of the newly discovered space rock means there are 31 potential collisions between it and Earth.

If the asteroid did strike earth, it would hit with the force of more than 25 million Hiroshima-sized nuclear bombs.

But British scientists expect the threat to dissipate over time.

"As additional observations are made over the coming months, and the uncertainties decrease, asteroid 2003 QQ47 is likely to drop down the Torino scale," NEO project manager Kevin Yates said in a statement.

Asteroid 2003 QQ47, which like other asteroids is believed to be a piece of debris from the formation of the universe 4.7 billion years ago, was first observed on Aug. 24 by the Lincoln Near Earth Asteroid Research Program in Socorro, N.M.

JPL records indicate the most recent "near miss" by an asteroid was on Aug. 30, when 2003 MU came within about 6 million miles of Earth. That was the second asteroid to get close that day and at least the 10th in the month of August. 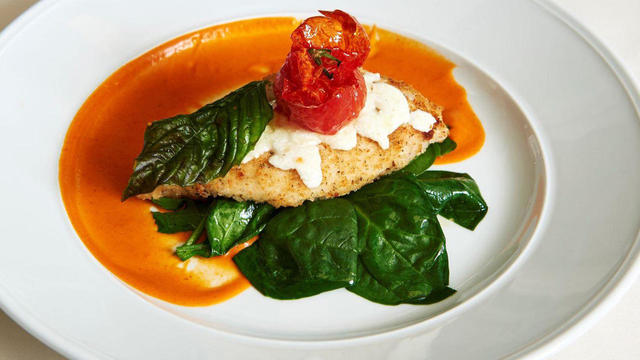 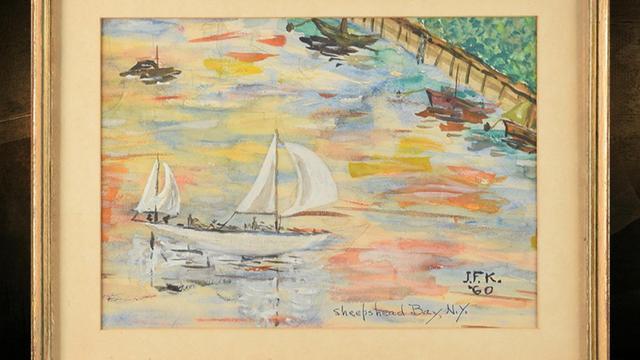 JFK watercolors go up for auction

A well-known doodler, President John F. Kennedy also painted as a way to relax, even finding time to take out his brushes during the heated 1960 presidential campaign. Now, for just the second time, watercolor paintings by JFK are going up for sale as part of a huge collection of Kennedy memorabilia at Boston's RR Auction House. "CBS This Morning: Saturday" co-host Michelle Miller reports.

Thomas Jefferson is revered as America's third president, first secretary of state, and the main author of the Declaration of Independence. What's less well-known is his role as an architect who helped shape the look of early America. An exhibition at the Chrysler Museum of Art in Norfolk, Virginia is exploring that legacy in a very modern way. Correspondent Brook Silva-Braga reports on Jefferson's influence on architecture, and on the upcoming dedication at the University of Virginia – a campus he designed – of a memorial to "enslaved laborers." 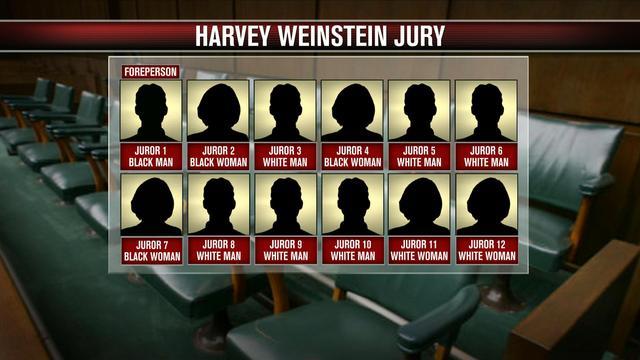 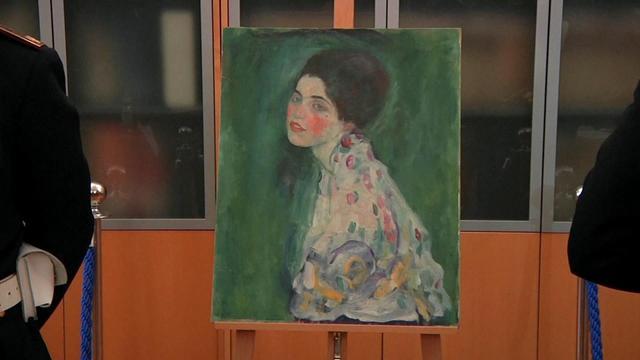 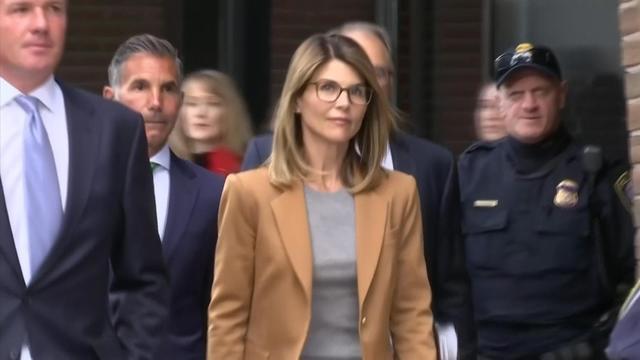 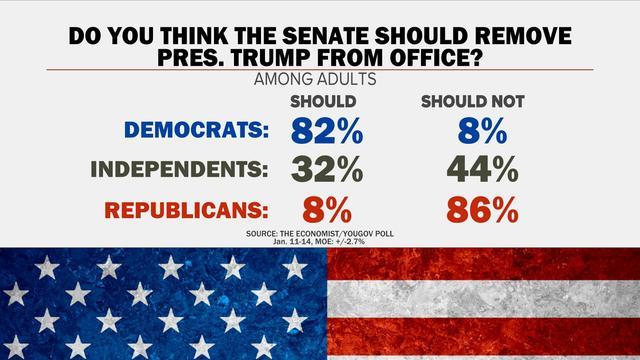