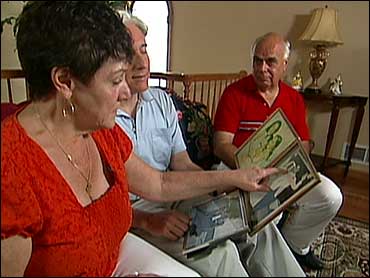 For the first time, an experimental drug shows promise for halting the progression of Alzheimer's disease by taking a new approach: breaking up the protein tangles that clog victims' brains.

The encouraging results from the drug called Rember, reported Tuesday at a medical conference in Chicago, electrified a field battered by recent setbacks. The drug was developed by Singapore-based TauRx Therapeutics.

Even if bigger, more rigorous studies show it works, Rember is still several years away from being available, and experts warned against overexuberance. But they were excited.

"These are the first very positive results I've seen" for stopping mental decline, said Marcelle Morrison-Bogorad, director of Alzheimer's research at the National Institute on Aging. "It's just fantastic."

The federal agency funded early research into the tangles, which are made of a protein called tau and develop inside nerve cells.

For decades, scientists have focused on a different protein - beta-amyloid, which forms sticky clumps outside of the cells - but have yet to get a workable treatment.

"The field is really having a major shift right now where a lot of emphasis is going to be on the tangles," Dr. P. Murali Doraiswamy of Duke University School of Medicine told CBS News. "By stabilizing these tangles, you can fundamentally protect the cell in an Alzheimer's brain from being attacked and dying"

The drug is in the second of three stages of development, and scientists are paying special attention to potential treatments because of the enormity of the illness, which afflicts more than 26 million people worldwide and is mushrooming as the population ages.

CBS News medical correspondent Dr. Jonathan LaPook spoke with 65-year-old Carol Daly, an Alzheimer's patient in the stage of the disease where she knows all too well what she has lost and what she is still losing. She spoke of losing her ability to do things she used to do often, like cooking.

"It stopped. It just, I just couldn't do it," Daly said. "I don't know what to do first. You have to be in this position … It's terrible, it really is."

Daly currently takes Namenda and Aricept - two of the five FDA-approved drugs for Alzheimer's. But they only treat the symptoms, not the root cause of the disease.

TauRx's chief is Claude Wischik, a biologist at the University of Aberdeen in Scotland who long has done key research on tau tangles and studies suggesting that Rember can dissolve them.

He is an "esteemed biologist," and the research "comes with his credibility attached to it," said Dr. Sam Gandy of Mount Sinai School of Medicine in New York. He heads the scientific advisory panel of the Alzheimer's Association.

In the study, 321 patients were given one of three doses of Rember or dummy capsules three times a day. The capsules containing the highest dose had a flaw in formulation that kept them from working, and the lowest dose was too weak to keep the disease from worsening, Wischik said.

However, the middle dose helped, as measured by a widely used score of mental performance.

"The people on placebo lost an average of 7 percent of their brain function over six months whereas those on treatment didn't decline at all," he said.

After about a year, the placebo group had continued to decline but those on the mid-level dose of Rember had not. At 19 months, the treated group still had not declined as Alzheimer's patients have been known to do.

Two types of brain scans were available on about a third of participants, and they show the drug was active in brain areas most affected by tau tangles, Wischik said.

"This is suggestive data," not proof, Wischik warned. The company is raising money now for another test of the drug to start next year.

The main chemical in Rember is available now in a different formulation in a prescription drug sometimes used since the 1930s for chronic bladder infections - methylene blue. However, it predates the federal Food and Drug Administration and was never fully studied for safety and effectiveness, and not in the form used in the Alzheimer's study, Wischik and other doctors cautioned.

On Monday at the International Conference on Alzheimer's Disease, other researchers reported encouraging results from a test of a different experimental drug that also targets tau tangles. That drug, by British Columbia-based Allon Therapeutics Inc., was tested in people with an Alzheimer's precursor, mild cognitive impairment.

The tau-drug results are in stark contrast to the flop of Flurizan, which was aimed at blocking enzymes that form the beta-amyloid clumps. Myriad Genetics announced in June that it would abandon development of Flurizan after the failure, the biggest clinical trial of any Alzheimer's drug to date. Full results were presented at the conference Tuesday.

Also due out are full results of a closely watched test of bapineuzumab, an experimental drug that aims to enlist the immune system to clear out the sticky brain clumps.

But the company found a silver lining - the drug appeared to help the roughly 60 percent of people in the study who did not have a gene that scientists think makes Alzheimer's disease more severe.

Scientists were eager for information on side effects and possible magnitude of benefit for the drug, which the companies have already said will move on to late-stage testing in more than 4,000 patients.

"What we are going to see in the future is not just drugs that attack plaque of tangles, but a two pronged therapy," said Doraiswamy. "We are hoping that will be like the Holy Grail for the field."

Daly is hoping to enter a trial of one of these new treatments. In the meantime, she waits for a cure as her most precious memories fade.

"How long have you been married for?" asked LaPook.

"But just two minutes ago, I told you 44 years," said LaPook.

"This is what happens though," she said.