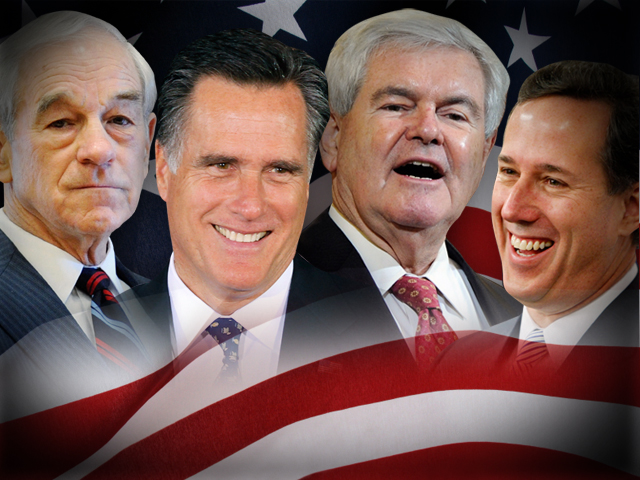 Nevada Republicans are the first western voice in the presidential nominating process. All political eyes now turn to Saturday's event in the Silver State, which has been hit hard by the recession with high unemployment and record foreclosures.

Here's a primer on how today's caucuses will work.

The state is large in geography but is relatively small in population, and it will feature a far smaller electorate than we saw last Tuesday in Florida (perhaps 50,000 participants compared to Florida's 1.6 million), but like Florida, only registered Republicans can participate. Also similar to Florida, it is considered a battleground state in the general election, and it was a center of tea party activity during the 2010 elections.

In terms of timing, Nevada's caucuses are unlike Iowa's of a month ago in that the caucus gatherings will take place at different times throughout the state, with people casting ballots throughout a large part of the day.

For instance, precincts in Reno's Washoe County, located in Northern Nevada, start caucusing in the morning, while precincts in Las Vegas' Clark County hold caucuses in the afternoon and into the evening; the last of these is scheduled to convene at 7:00 pm PT (10:00 pm ET). Watchers can expect to start seeing complete results sometime around 7:00 pm PT.

In all, caucus-goers head to 125 locations to accommodate nearly 2,000 precincts.

Not much polling has been done heading into the contest, but the few polls show former Massachusetts governor Mitt Romney with a big advantage. Rep. Ron Paul, former House speaker Newt Gingrich, and former Senator Rick Santorum will look to challenge Romney's organizational strength, which is always critical in a caucus.

The biggest county to watch is Clark County, which holds Las Vegas and by far the lion's share of the state's population. Reno's Washoe is another county to keep an eye on.

In 2008, Romney won the Nevada caucuses handily. He did well everywhere but especially well in vote-rich Clark County. He won the Reno/Washoe area too, but slightly less convincingly. It is important to note that one-quarter of the participants in 2008 were Mormon - and nearly all of them voted for Romney. Similar turnout and support would give Romney an enormous advantage.

But the Mormon vote was not Romney's only strength in 2008. He also did well with all age groups, and especially with the older voters who are a prominent share of Nevada's Republicans. Romney got more than half their votes in a multi-candidate race - and they made up nearly half of the participants.

Based on what we've seen so far in earlier states, Paul will look to turn out a relatively larger group of younger and first time voters.