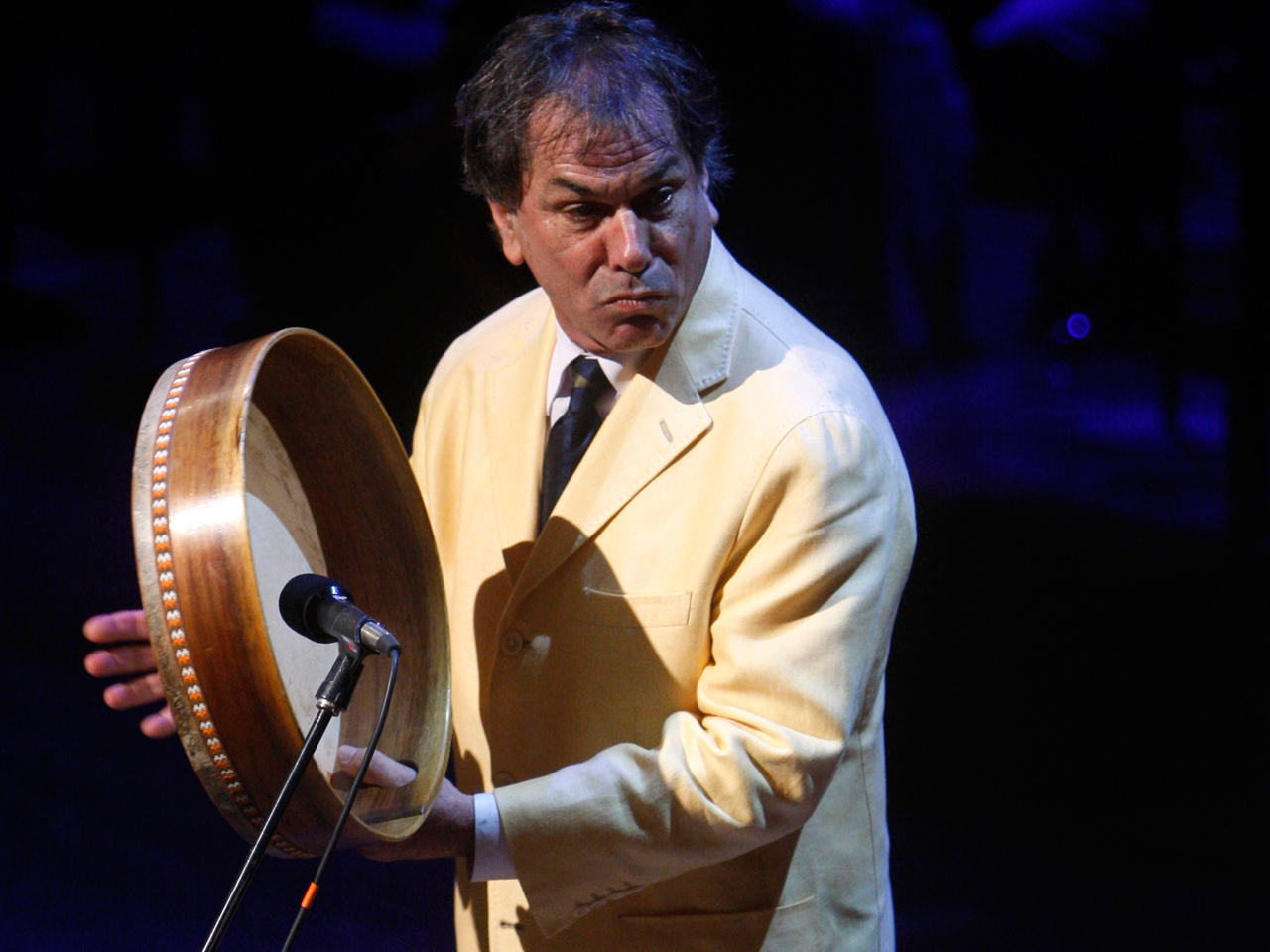 San FranciscoMickey Hart, former drummer for the Grateful Dead, has a new piece of equipment accompanying him on his latest tour -- a cap fitted with electrodes that capture his brain activity and direct the movements of a light show while he's jamming on stage.

The sensor-studded headgear is an outgrowth of collaboration between Hart, a Sonoma County resident who turns 70 on Wednesday, and Adam Gazzaley, a University of California, San Francisco neuroscientist who studies cognitive decline and prevention.

Gazzaley in fact recently led a brain study of seniors in which video games helped reverse some of the negative effects of aging, affecting multitasking and memory skills.

The subject has been an interest of the musician's since the late 1980s, as he watched his grandmother deal with Alzheimer's disease. When he played the drums for her, he says she became more responsive.

Since then, Hart has invested time and money exploring the therapeutic potential of rhythm. Thirteen years ago, he founded Rhythm for Life, a nonprofit promoting drum circles for the elderly.

Hart first publicly wore the electroencephalogram (EEG) cap he's sporting on his tour, including at a birthday show in Las Vegas, at an AARP convention last year where he and Gazzaley discussed their joint pursuit of research on the link between brain waves and memory.

He wore it again while making his new album, "Superorganism," translating the rhythms of his own brain waves into music. Hart's band mates, with input from other researchers in Gazzaley's lab, paired different waves with specific musical sequences that were then inserted into songs.

Gazzaley "developed the technology -- and his lab has -- that allows me to see my brain in real time and to hear the electrical stimuli of the brain," Hart told NPR.

"I move into its time, and try to do what it's doing and go with it and I try to entrain with it and stay there as long as possible, and then move it slightly, you know, turn it to the right, turn it to the left," he added in an interview with San Francisco television station KGO.

When he wears the device while performing, audiences will see images of Hart's brain changing colors and lighting up on a screen. So far, the experiment has more entertainment than scientific value, but Gazzaley thinks that will change.

He hopes to build on his work with Hart to develop ways of capturing brain data in real-time and using it to provide feedback on how performing certain tasks improve brain functions.

"This concept that rhythm might be therapeutic has been around for a long time; there's just really not studies that have carefully controlled a rhythmic experiment and looked for changes in the brain," Gazzaley told KGO.