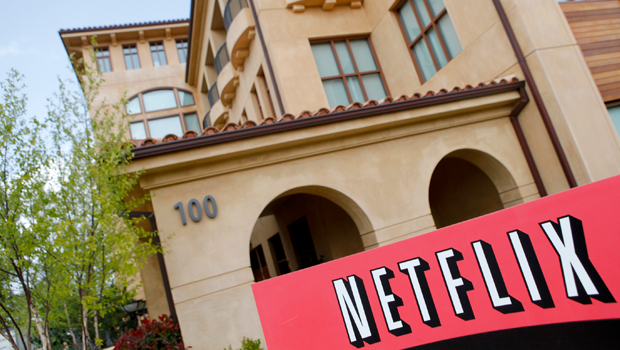 Anyone looking earlier for news to explain what might be driving the spike would have been disappointed. But Forbes is now reporting that an unconfirmed rumor was behind the run. According to the magazine, word spread on Wall Street that Microsoft (MSFT) was trying to acquire Netflix. CNET also heard these rumors and saw an e-mail from a Wall Street banking firm that showed one rumor circulating indicated Microsoft was offering $90 per share for Netflix.

A Microsoft spokesman declined to comment on rumor and speculation.

There are plenty of reasons to be skeptical here. Netflix investors have taken a beating the past year and the Microsoft rumors may be just an attempt to snatch back some losses.

The rumor comes during the same week that Netflix reported that it had missed third-quarter subscriber projections. Earlier in the year, Netflix said it expected to add 7 million new U.S. streaming subscribers during 2012. Netflix now expects, at best, about 5.4 million new streaming customers.

As for the rumors, the numbers I saw being passed around make little sense. Paying $90 per share is a big premium for a company that is struggling to meet its own growth projections and has lost about three quarters of its value in the last 18 months. Before the Microsoft rumors, Netflix shares were trading at $58.

This post by Greg Sandoval originally appeared on CNET.