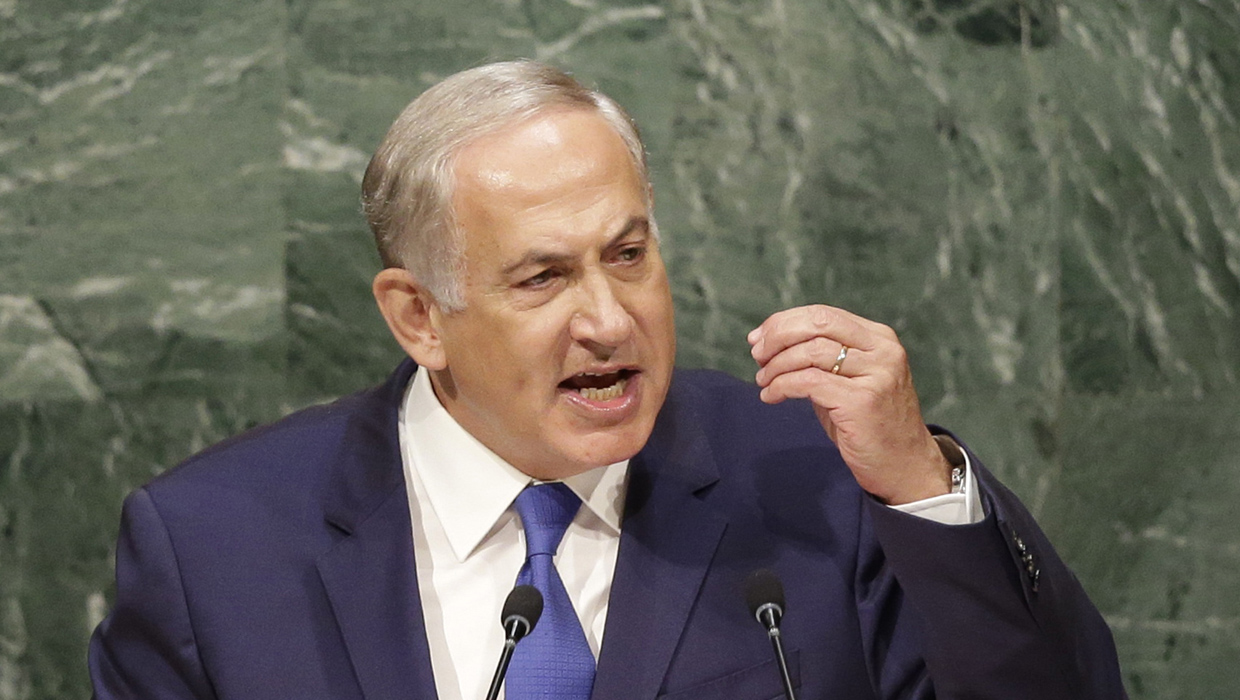 UNITED NATIONS -- Israeli Prime Minister Benjamin Netanyahu criticized the nuclear deal with Iran Thursday, saying it will allow Iran to spread radicalism in the Middle East -- and that it will leave that country close to the ability to make atomic weapons.

Speaking at this year's meeting of world leaders at the United Nations, Netanyahu said the billions of dollars that will flow to Iran through the deal that lifts sanctions will help it arm proxies in the region.

As Netanyahu spoke, Democrats introduced legislation in the Senate that calls for shoring up Israeli security, clarifies some parts of the deal and strengthens oversight and enforcement of the agreement. The measure was introduced by nine senators, including some who opposed the deal.

Also Thursday, during the meeting of world leaders, Russia's foreign minister rejected claims that Moscow is targeting the opposition Free Syrian Army and said that Russia will limit its airstrikes in Syria to Islamic State group extremists and other terrorist groups, as long as the U.S.-led coalition also does so.

As Russian war planes bombed Syria for a second day, Sergey Lavrov's 50-minute press conference on the sidelines of the U.N. General Assembly's annual ministerial meeting provided the most extensive comments since Moscow launched airstrikes on Syrian targets Wednesday. He also said Russia has no plans to extend its airstrikes to Iraq.

Lavrov rejected claims that Russia was targeting Syrian opposition groups to support its close ally, President Bashar Assad, repeating several times that Moscow was going after the same targets as the U.S. coalition - the Islamic State group, the al Qaeda-linked Nusra Front and other extremist groups.

"If the United States-led coalition targets only terrorist groups, then we do the same," he said.

The Russian minister did not respond directly to a question asking specifically whether or not Russia is targeting opposition groups supported by the U.S.-led coalition. USen. John McCain, echoing claims from activists, said Thursday that some Russian airstrikes were aimed at CIA-backed groups fighting the Assad regime.

Lavrov said the first military contact between Russia and the United States on Russia's airstrikes in Syria will happen "very, very soon," following a meeting Wednesday with Secretary of State John Kerry to discuss how to "de-conflict" Russian airstrikes and those being carried out by the U.S.-led coalition.

"The representatives of the coalition command have always been saying that their targets are ISIL, al-Nusra, and other terrorist groups," he said, referring to an Islamic State acronym. "This is basically our position as well. We see eye-to-eye with the coalition on this one."

He stressed the difference between the coalition's actions and Moscow's actions in Syria: the U.S. coalition has been carrying out airstrikes for over a year without legal authorization from the U.N. Security Council or approval from President Bashar Assad's government while Russia was launching airstrikes in response to a Syrian request.

"We indeed are interested in cooperation with the coalition," Lavrov said. "We cannot be part of the coalition which operates without the Security Council mandate and request from Syria... but we understand the reality and we want to avoid any misunderstandings at minimum."

"At maximum," he said, "We want to have a cooperation which would make the counterterrorist fight more efficient over all," Lavrov said.

Lavrov wouldn't confirm reports that Syrian government troops and Shiite fighters are preparing for a major ground offensive backed by Russian airstrikes, saying only that Moscow was carrying out airstrikes in coordination with Syria's army. "I'm not a military planner," he added.

"I think they completely understand each other," Lavrov said, even though they disagree on issues including Assad's role in a political transition.