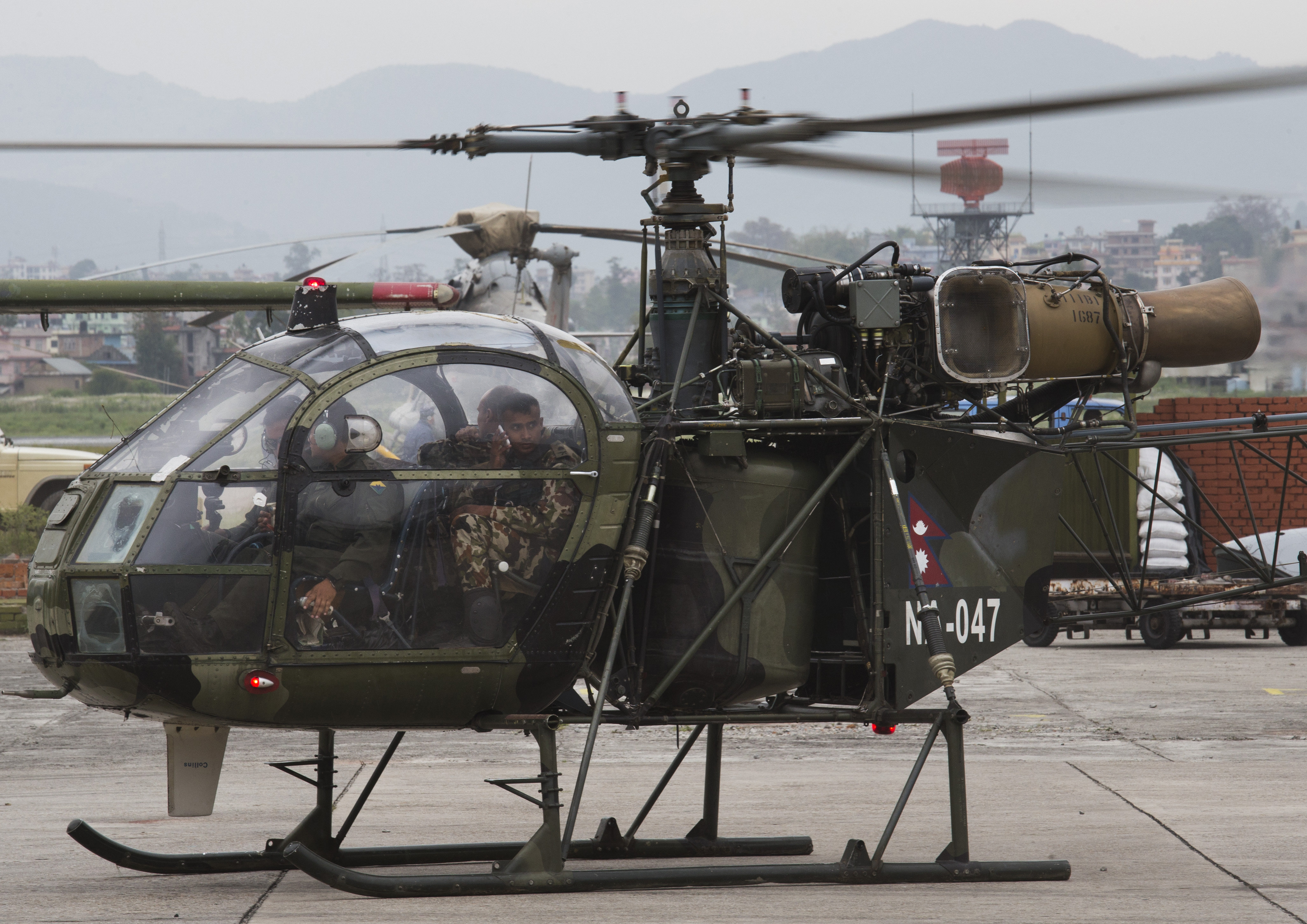 KATHMANDU, Nepal -- The bodies of all eight people on board the U.S. Marine helicopter that crashed during a relief mission in earthquake-ravaged Nepal have been recovered, the Marines and the Nepalese army said Saturday.

The wreckage of the UH-1 "Huey" was found Friday following days of intense searching in the mountains northeast of the capital, Kathmandu.

"Eight separate sets of remains have been discovered since the recovery effort began. They have yet to be positively identified," a statement from Marine-led joint task said Saturday. "Additionally, the cause of the mishap has not been determined."

At a news conference Friday in Kathmandu, task force commander Lt. Gen. John Wissler told reporters that the six Marines and two Nepali soldiers on board "were participating in disaster relief missions following the second devastating earthquake. They were determined to go forward with their duties, eager to contribute to our mission to alleviate suffering and come to the rescue of those in need."

The wreckage was located about 15 miles from the town of Charikot, near where the aircraft went missing Tuesday. The first three charred bodies were retrieved Friday by Nepalese and U.S. military teams.

Wissler described the crash as "severe," and said the recovery team at the site encountered extreme weather and difficult terrain. The area is near Gothali village in the district of Dolakha, about 50 miles northeast of Kathmandu.

The U.S. relief mission was deployed soon after a magnitude-7.8 quake hit April 25, killing more than 8,200 people. It was followed by a magnitude-7.3 quake on Tuesday that killed at least 117 people and injured around 2,800.

The helicopter had been delivering rice and tarps in Charikot, the area worst hit by Tuesday's quake. It had dropped off supplies in one location and was en route to a second site when contact was lost.

U.S. military officials said earlier in the week that an Indian helicopter in the air nearby had heard radio chatter from the Huey aircraft about a possible fuel problem.

The father of the 31-year-old pilot, Capt. Chris Norgren, said in Wichita, Kansas, that Marine officials had notified the family that the wreckage was found but haven't confirmed the identities of any bodies.

A total of 300 U.S. military personnel have been supporting the aid mission in Nepal.

On Saturday, Elhadj As Sy, secretary-general of the International Federation of Red Cross, said an appeal had been made for $93 million to help some 700,000 earthquake survivors over the next two years.

The U.N. General Assembly on Friday called for urgent assistance to help Nepal's earthquake survivors and to rebuild the impoverished Himalayan nation, urging the international community to support the U.N.'s appeal for $415 million for essential needs over the next three months.

Secretary-General Ban Ki-moon told the assembly that it is urgent to get aid to all those in need before the monsoon season starts in June.

Quake-battered in Nepal tries to lure back tourists

Six U.S. Marines were on a mission to provide aid in earthquake ravaged Nepal when their aircraft went down