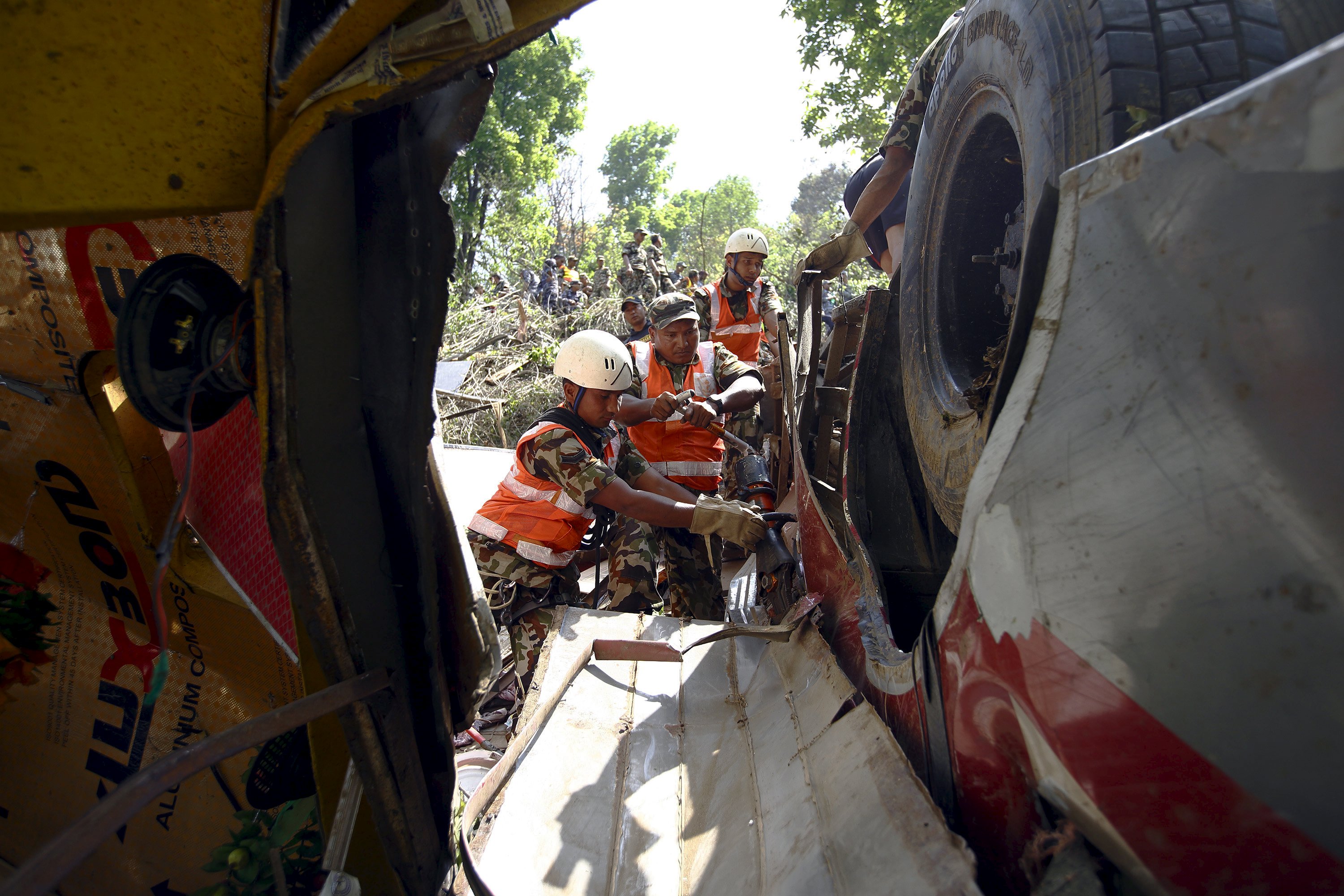 KATHMANDU, Nepal -- A bus plunged off a mountain highway near Nepal's capital on Wednesday, killing at least 17 Indian pilgrims and injuring 27 others, officials said.

The bus veered off the Prithvi highway about 10 miles west of Kathmandu, police officer Tejendra said.

He said the bus fell about 1,000 feet before it slammed into trees at the bottom of a hill.

The Indian Embassy in Kathmandu confirmed the death toll and said five of the 27 injured people were in critical condition and getting treatment at various hospitals in Kathmandu. One person was reported to be missing.

The bus was carrying Hindu pilgrims from the Indian state of Gujrat on a visit to the Pashupatinath temple in Kathmandu. They were returning home Wednesday morning when the bus plunged off the highway.

The bodies were not immediately identified.

One of the injured passengers, who identified himself as Jagdish, said the pilgrims were traveling in two buses.

He said the driver of one of the busses was trying to avoid a motorcycle coming from the opposite direction and lost control of the vehicle, which flipped over before rolling off the highway.

The two-lane highway, the most popular route out of Kathmandu, is narrow, has sharp turns and is busy during the morning hours.