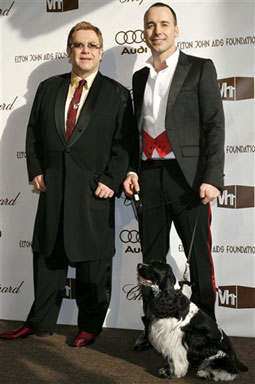 All of a sudden, Joe Nemechek is winning, on and off the track.

Nemechek, who will leave Sabco Racing at the end of the season, earned his first Winston Cup victory last month in Loudon, N.H., and followed it Friday with his second pole of the season, taking the top spot for the NAPA AutoCare 500 at Martinsville Speedway.

The pole came on the day it was officially announced that the 36-year-old driver has agreed to drive for Andy Petree Racing for the next two seasons.

"There's nothing better than winning," Nemechek said Friday after turning a fast lap of 95.223 mph on the .533-mile, paperclip-shaped Martinsville oval.

"I told Jeff Gordon and Dale Jarrett and Tony Stewart, `Now I know what you guys feel like,"' Nemechek added. "And the feeling on this team is getting the cars right, I'm driving better. It takes the whole package if you want to win and, right now, everything is going well for us."

As for replacing Ken Schrader on Petree's team next year, Nemechek said, "I'm excited. I was confident I'd wind up with a good ride, but this takes a load off my mind, knowing what I'm going to be doing next year."

Nemechek earned the nickname "Front Row Joe" in 1997 when he won his first two poles. He went without a pole last year, and now has four in his Winston Cup career and his first in Martinsville.

"I was on the outside pole here two years ago, but this is really great. That was a perfect lap. The car never slipped a bit."

"To tell you the truth, it kind of surprised me a little," said Musgrave, who is looking for a ride for 2000. "Here at Martinsville, sometimes the harder you try the worse you get."

It was Gordon's first race in his Winston Cup career without Ray Evernham as crew chief. Evernham, who plans to start his own team, left Hendrick Motorsports on Wednesday and has been replaced by Brian Whitesell.

"This is pretty much what I'd hoped for," said Whitesell, who was a protege of Evernham. "We just wanted to get a solid qualifying run and the guys got it done."

Jarrett, who owns a 257-point lead on Mark Martin in the driver standings, qualified 14th, while Martin was sixth.

"That was pretty good for me at this racetrack," Jarrett said. "I'd like to try to win this race. We know we can run pretty well here. We have to run well here and we've run not so good."

Jarrett said his back, which he injured climbing into the race car last Friday in Dover, Del., was feeling considerably better.

"I got it worked on all week, and it's much better than what it was last week," said Jarrett, who played golf on Thursday with Arnold Palmer in a pro-am in Winston-Salem, NC. "We'll just try to take care of it getting in and out of the car."

This is the first race at Martinsville with an extended pit lane allowing all 43 starters on Sunday to pit on the front straightaway. That meant a change in qualifying, with all the cars entering the track midway through the backstretch and getting nearly a lap and a half to warm up before taking the green flag for their two qualifying laps.

"With this new format, you had to guess a little bit," Nemechek said. "We really got it right this time."

Bobby Labonte, third in the driver standings he trails Martin by seven and leads rookie teammate Stewart by 13 crashed hard late in the morning practice and managed to qualify 25th in his backup.

Stewart, who has been on a tear recently, had his worst qualifying effort of the season. He was 35th among the 47 drivers who made attempts and will have to decide whether to try again Saturday or stand on his first-day lap.