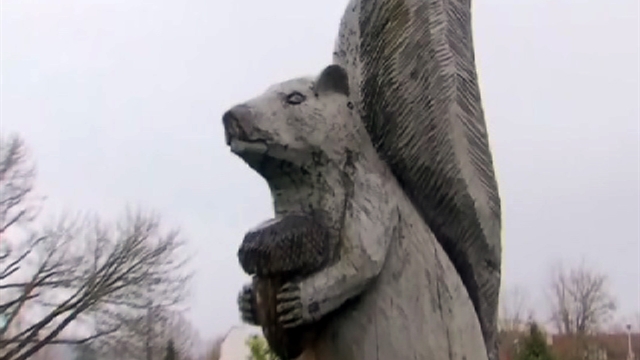 KATY, Texas - A Houston-area woman was treated for hand and back injuries after being attacked by her neighbor's pet...pet squirrel, that is.

What, don't you watch the squirrel channel?

KPRC-TV reported Tuesday that Elizabeth Orzechowska of Katy spent hours at a hospital getting stitches.

The victim says she was unloading groceries from her car in her driveway when she felt something pounce, crawl up her leg and run up her back. She was treated for bites and scratches.

No charges were immediately filed over the attack blamed on the year-old squirrel named B.B. - naturally, the pet squirrel has a name. The rodent (don't be offended, squirrel) apparently fled from its owner and headed for the neighbor.

KPRC reports the owner, who could face fines for unlawfully keeping a pet squirrel, set the animal free after the attack, fearing the possibility that the "pet" might be euthanized by authorities.

All of which raises the question...Will squirrel videos be the next big thing on YouTube?