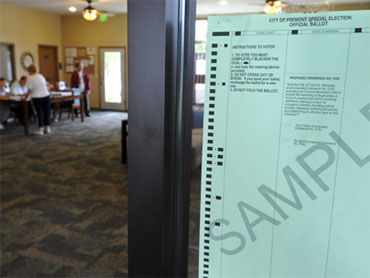 This small Nebraska meatpacking town has joined Arizona at the center of a national debate about illegal immigration after voters approved a ban on hiring or renting property to illegal immigrants, but an expected court challenge could keep the measure from ever taking effect.

The American Civil Liberties Union already has promised to file a lawsuit to block enforcement of the proposal roughly 57 percent of Fremont voters supported Monday.

"In a community of 25,000, it's going to be hard to take on the whole country, and it will be costly to do so," said Fremont City Councilman Scott Getzschman, who opposed the measure but said city leaders would support the results.

Fremont's vote is the latest chapter in the tumult over illegal immigration across the country, including a recently passed Arizona law that will require police investigating another incident or crime to ask people about their immigration status if there's a "reasonable suspicion" they are in the country illegally.

The Fremont measure will require would-be renters to apply for a license from the city. Officials must refuse to issue a license to applicants found to be in the country illegally. The ordinance also requires businesses to use the federal E-Verify database to ensure employees are allowed to work.

The city, which is about 35 miles northwest of Omaha, has watched as its Hispanic population surged in the past two decades, largely due to the jobs available at the nearby Fremont Beef and Hormel meatpacking plants.

Supporters argued the measure is needed to make up for what they see as lax federal law enforcement. Opponents said it could fuel discrimination.

The Hispanic population in Fremont, including both legal and illegal residents, surged from about 165 in 1990 to 1,085 in 2000, according to census expert David Drozd at the University of Nebraska at Omaha. He said an estimated 2,060 Hispanics lived there last year.

Communities that have passed similar laws have struggled to enforce them because of legal challenges. Hazleton, Pennsylvania, passed an ordinance in 2006 to fine landlords who rent to illegal immigrants and deny permits to businesses hiring them. The Dallas suburb of Farmers Branch also has tried for years to enforce a ban on landlords renting to illegal immigrants. Federal judges struck down both ordinances, but both are on appeal.

The ACLU of Nebraska promised to sue over the Fremont measure even before Monday's vote.

"Not only do local ordinances such as this violate federal law, they are also completely out of step with American values of fairness and equality," said Laurel Marsh, executive director of ACLU Nebraska.

Kansas City, Missouri-based attorney Kris Kobach, who helped write the Arizona law, worked on the ordinance in Fremont and has said he thinks it could withstand a court challenge. He is also running for secretary of state in Kansas.