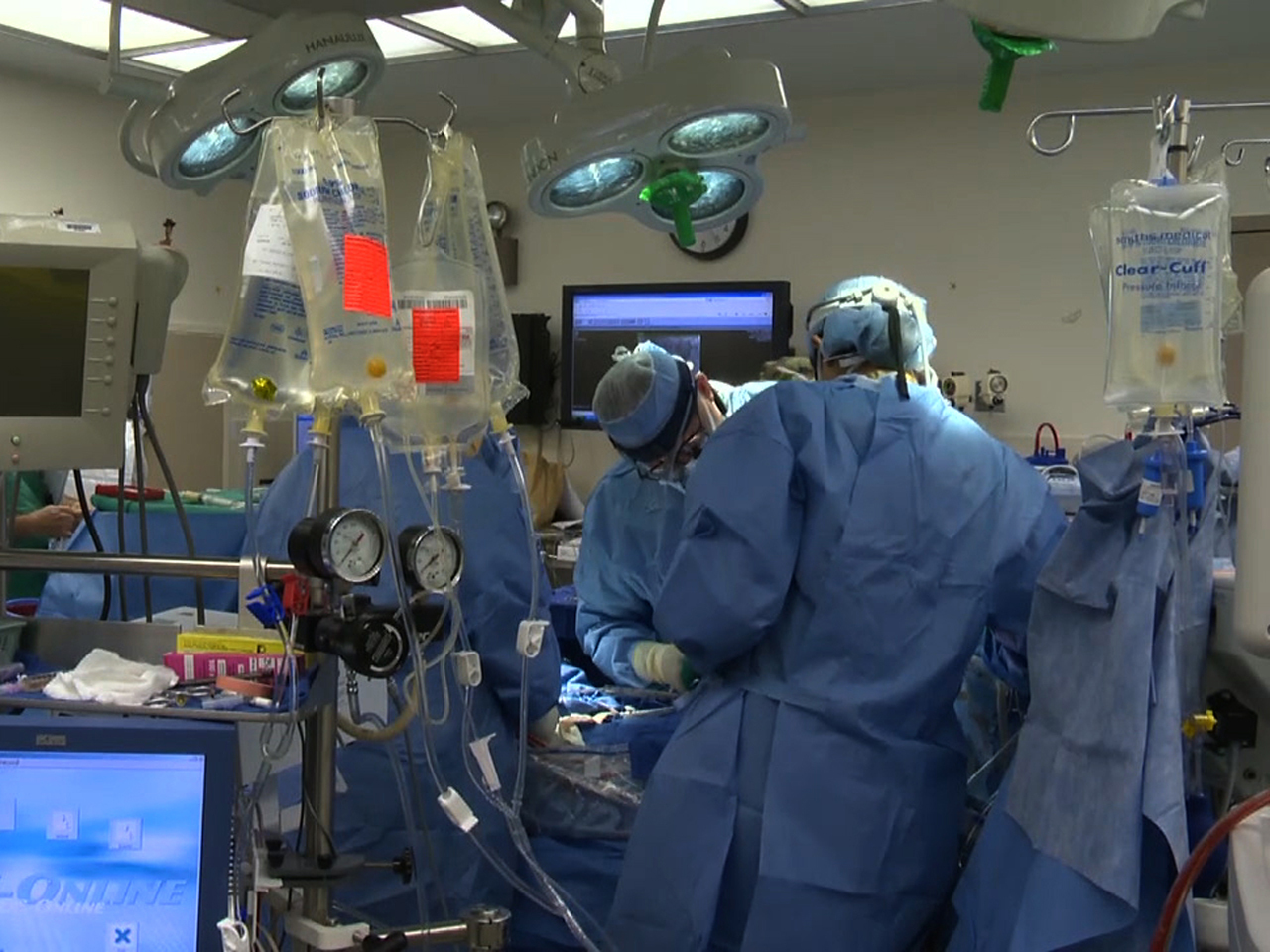 A new report warns nearly 800 people have had surgical instruments left in them following a procedure since 2005, putting them at risk for serious harm.

The report comes from The Joint Commission, a nonprofit health care safety watchdog. The organization takes hospitals to task for improper or inadequate protocols that lead to equipment like sponges, towels, needles, instruments, retractors and other small items and fragments of tools in patients.

"Leaving a foreign object behind after surgery is a well-known problem, but one that can be prevented," Dr. Ana Pujols McKee, chief medical officer of The Joint Commission, said in a statement.

A retained surgical tool can lead to physical and emotional harm, an extended hospital stay or death. They're most commonly seen on X-rays during routine follow-up visits or if a patient presents in pain or discomfort.

There were 772 incidents of foreign objects left in patients that occurred from 2005 to 2012, resulting in 16 deaths. In 95 percent of the cases, patients had to stay longer in the hospital. The most common sites these incidents occurred were operating rooms, labor and delivery rooms, ambulatory surgery centers or labs where invasive procedures such as catheters or colonoscopies take place.

The report cites a 2012 New York Times profile of Sophia Savage, a nurse from Kentucky who became violently ill in 2005, only to undergo a CT scan and find out a surgical sponge had been left in her abdomen during a hysterectomy four years earlier.

"What they found was horrific," Savage told the Times. "It had adhered to the bladder and the stomach area, and to the walls of my abdominal cavity."

She added, "I never dreamed something like this would happen to me."

The Commission says she suffered severe health issues, anxiety, depression and disability. She sued the hospital where the surgery took place for $2.5 million, but the award was appealed.

These incidents can also take a financial toll on hospitals. The average total care cost for a patient with a retained surgical tool is about an extra $166,000, including legal defense, payments and care.

The researchers found the most common causes of these incidents were lack of polices and procedures, a failure to comply with existing procedures, failures in communication with fellow doctors, hierarchy and intimidation problems within hospitals and poor education of staff.

The report notes traditionally doctors rely on protocols like counting all of their tools or "cavity sweeps" looking for equipment, but both are subject to human error -- about 80 percent of retained sponges occur when staff think they've had a correct count.

They call for a stricter, more standardized counting system involving all members of the hospital team, including surgeons, nurses, techs, anesthesiologists, and radiologists. They recommend two people -- a nurse and tech -- count out all the equipment and have it verified by a surgeon. The counts should be performing them before the surgery begins, before the cavity is closed and at the time the procedure ends. A whiteboard can display the count, and the team should debrief to address any concerns about equipment or the procedure.

Such a system was shown to reduce errors at one children's hospital by 50 percent in only one year.

"It's critical to establish and comply with policies and procedures to make sure all surgical items are identified and accounted for, as well to ensure that there is open communication by all members of the surgical team about any concerns," said McKee.

Omicron: What we know - and don't know - about the new COVID variant
Ryan Jaslow