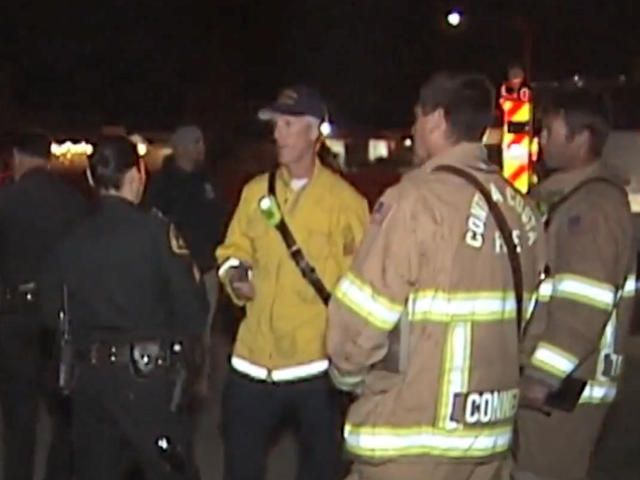 Chevron officials said they were contacted at around 8 p.m. to notify them of the blaze. A company statement said they "immediately shut down the line and dispatched a field team to investigate," as well as starting emergency response procedures.

Several departments raced to the scene, he said.

At around 11:00 p.m., evacuations were ordered for anyone within half a mile of the site:

Pittsburg, Calif. police and the Contra Costa County Sheriff went door-to-door to help people evacuate. Residents in the area were told to prepare to stay away overnight.

The Sheriff's Office used its Community Warning System to tell residents to "leave now" and go to an evacuation center, taking only "essential items" with them.

At one point, fire officials tweeted an explanation meant to calm some nerves: