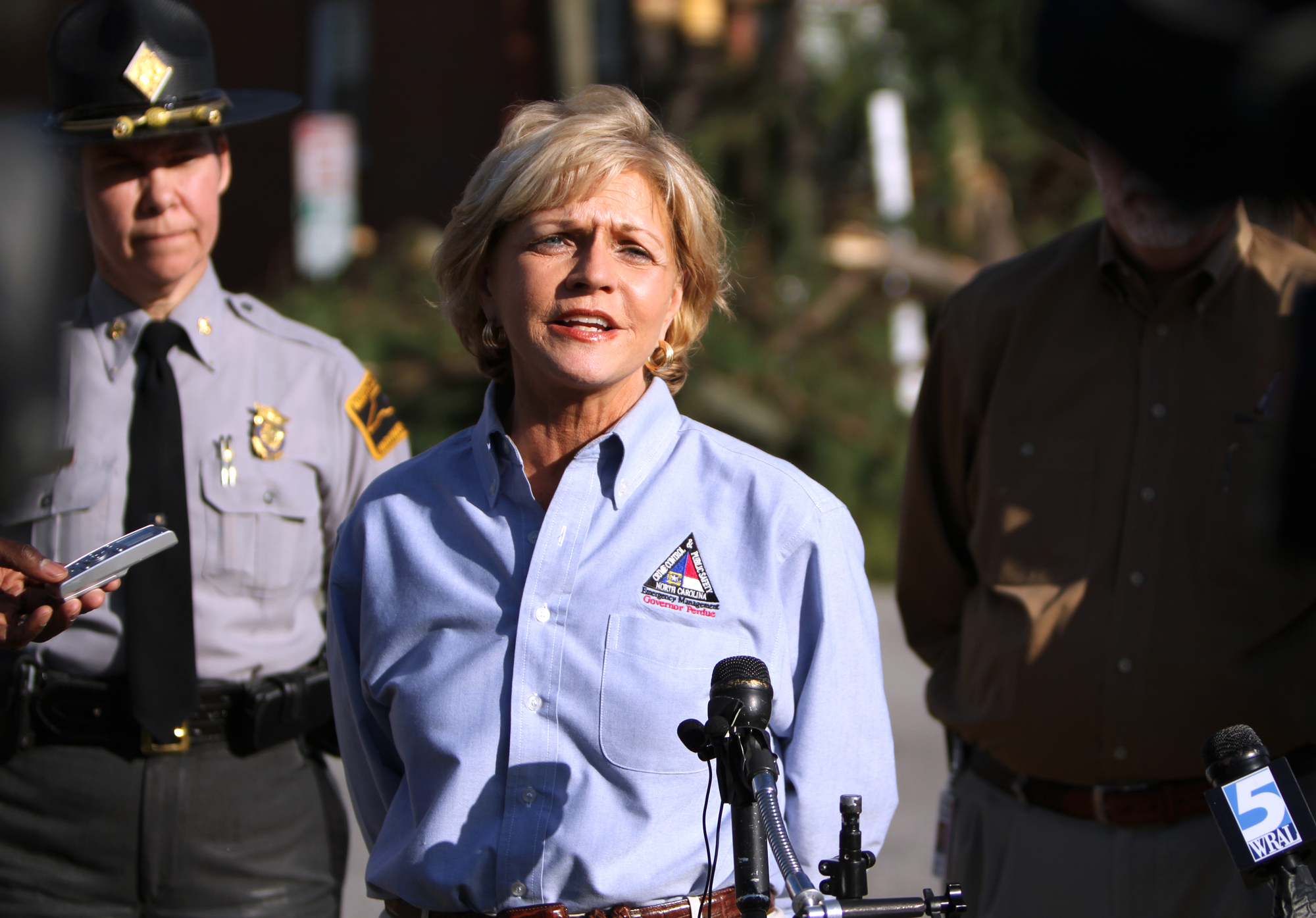 RALEIGH, N.C. - Forced by Republican legislators to choose between halting unemployment benefits for about 37,000 people and accepting a double-digit budget cut, Gov. Beverly Perdue has vetoed legislation that would have kept checks flowing.

Perdue's announcement came at the end of a chaotic Saturday, following the deaths of at least 16 people in a rash of tornadoes that swept through the state. The Democratic governor issued the veto close to midnight after she declared a state of emergency and held a news conference about the storms.

A handful of House members had met earlier in the day to start the clock on a choice Perdue had to make before authorization for the federally funded jobless benefits ran out Saturday.

The legislation would have changed a formula for calculating unemployment benefits and allowed the federally funded program to continue for people out of work for up to 99 weeks. But poison-pill language added by Republican lawmakers would have forced Perdue to also accept a 13 percent cut from the spending plan she proposed as a starting point for negotiations over the budget year starting in July.

Perdue had called the linkage extortion. She said in her veto message that the bill "irresponsibly took the financial lifelines for 37,000 North Carolina citizens and families and hitched to them a budget ploy that will wreck the lives of millions more."

The governor urged the General Assembly to rewrite the proposal.

Jobless workers whose payments are stopped could recover the money later if legislators and Perdue agree to change the eligibility formula.

GOP leaders said they combined the two issues to ensure that schools, state agencies and contractors know how much state spending they could count on if budget negotiations drag beyond the start of the new budget year.

"We ratified a bill that appropriates about $18 billion (after July) and provides continuity for teachers, state employees and those on unemployment insurance," House Majority Leader Rep. Paul Stam, R-Wake, said after a four-minute House meeting.

Senate leader Phil Berger said Perdue should be ashamed of her decision.

"Republicans voted to extend unemployment benefits and prevent a government shutdown, but the governor is too addicted to state spending to support either of those efforts," Berger, R-Rockingham, said in a statement.

Perdue's decision means Debra Koonts, 55, and Charles Koonts, 51, of Lexington will see their benefits interrupted and their household budget tighten.

"We'll hope and pray for the best," Debra Koonts said Saturday. "What about all these other families? What (are) people supposed to do? The jobs are hard to come by now. I'm not only thinking about my family, but the other families, too. They've been scraping by, too."

The couple was laid off from truck manufacturer Freightliner more than two years ago, in March 2009. The cutoff means Charles' checks will stop coming, though Debra will continue to receive benefits under a different program for a month until she earns an associate's degree in office administration from Forsyth Technical Community College.

"It's only going to be one income for a while and that's going to be a lot of stress. My husband is still looking for a job and trying to make ends meet. It's going to be harder," Debra Koonts said.

"I don't blame her a bit. You have to look out for the greater good," he said.

Fountain was on his way to a part-time job making sandwiches in a grocery store deli, where he takes home a paycheck of about $140 a week. That shaves about $50 from the unemployment check he's collected since being laid off by a Charlotte telecommunications equipment manufacturer in July 2009. But he'd rather have the 20-hour-a-week job he started in February than continue sitting at home frustrated after applying for around 400 jobs and netting fewer than 20 interviews. His wife works full-time, but losing the jobless benefits means doing without about half his income.

"You do what you can to keep your house and your car and everything else," Fountain said.

North Carolina is one of about three dozen states in which an extended benefits program of up to 20 weeks of compensation was created as a way to lessen the pain for the long-term unemployed caught in the recession's massive job losses.

The U.S. Labor Department notified North Carolina officials two weeks ago that the extended benefits program had to stop paying out after Saturday because the state's recent three-month average unemployment rate had improved from 2010 and 2009. South Carolina and 13 other states have passed legislation to revise their formulas and keep the extended benefits flowing, the state's Employment Security Commission said.