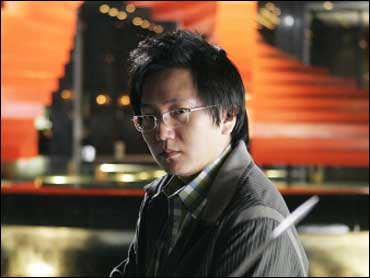 With "Heroes" its only new hit of the season, struggling NBC announced a fall schedule Monday that includes a spinoff and three other dramas also trading on supernatural themes.

The network took a risk by keeping its Thursday night comedy lineup intact. NBC has drawn strong critical praise but few viewers for shows like "30 Rock" and "The Office," leaving the network faltering on a night it once dominated.

NBC, the first of the broadcast networks to unveil a new schedule to advertisers this week, canceled "Crossing Jordan" and the high-profile failure "Studio 60 on the Sunset Strip." Another critical favorite that hasn't found a big audience, "Friday Night Lights," was renewed.

Photos: Stars At The NBC Upfront

"Law & Order" will be back for its 18th season and "Medium" will return, but not until January, when they take over a Sunday time slot filled by football in the fall.

Fourth-place NBC showed signs of life last fall with critically acclaimed shows. The bottom dropped out this spring when the network had its least-watched week in at least 20 years — then went even lower the following week.

"We've got the class and next season we're ready to add some mass, with new shows that build on the creative accomplishments of last season and are as broad as they are good," NBC entertainment president Kevin Reilly said.

To stretch the normal 22-episode season of "Heroes," which faltered after its long hiatus this year, NBC will add "Heroes: Origins." The spinoff will introduce a new character each week, and viewers will select which one stays for the following season. The two series will have 30 new episodes combined.

Since it found an audience this season with superpowered stars, NBC will remake "Bionic Woman" with Michelle Ryan in the title role.

New series "Journeyman" is about a San Francisco newspaper reporter who travels through time to alter people's lives, and "Chuck" is a thriller about a computer geek who becomes a government agent after spy secrets are embedded in his brain.

NBC's other new series, "Life," is a drama about a detective given a second chance after spending years in prison for a crime he didn't commit.

Illustrating the difficulties in introducing new comedies, NBC said it will have only one new sitcom next season — and it didn't even earn a spot on the fall schedule. "The IT Crowd" is about a group of people who work in technical services at a large corporation.

The successful game "Deal or No Deal," often NBC's most popular program, will air on Monday and Wednesday nights.