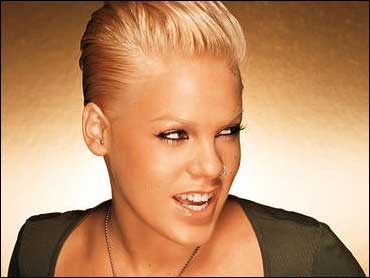 Pink, the Grammy Award-winning singer known for her single, "Get the Party Started," has recorded the opening music for "NBC Sunday Night Football."

"We chose Pink as the signature voice because she is a tremendous talent with a crossover appeal that makes her relevant to all segments of our audience," said Fred Gaudelli, who will produce the Sunday night broadcasts for NBC.

Pink has created "Waiting All Day for Sunday Night," set to Joan Jett's "I Hate Myself for Loving You," with new lyrics, NBC said Wednesday.

"A football fan knows the anticipation of waiting all day for the big game. When you hear this song on Sunday nights, you'll know the big game is about to kick off," Gaudelli said in a statement.

"It has been great fun and a rare privilege to have been asked to contribute music for NBC's broadcast of one of our country's greatest traditions — football!" Williams said in a statement. "The outstanding athletes that play this game are similar to our great musicians in that they all require complete dedication and rigorous daily practice to stay sharp."

NBC will televise the Sunday night game that had previously been shown on ESPN as part of its six-year, $600 million deal with the NFL.