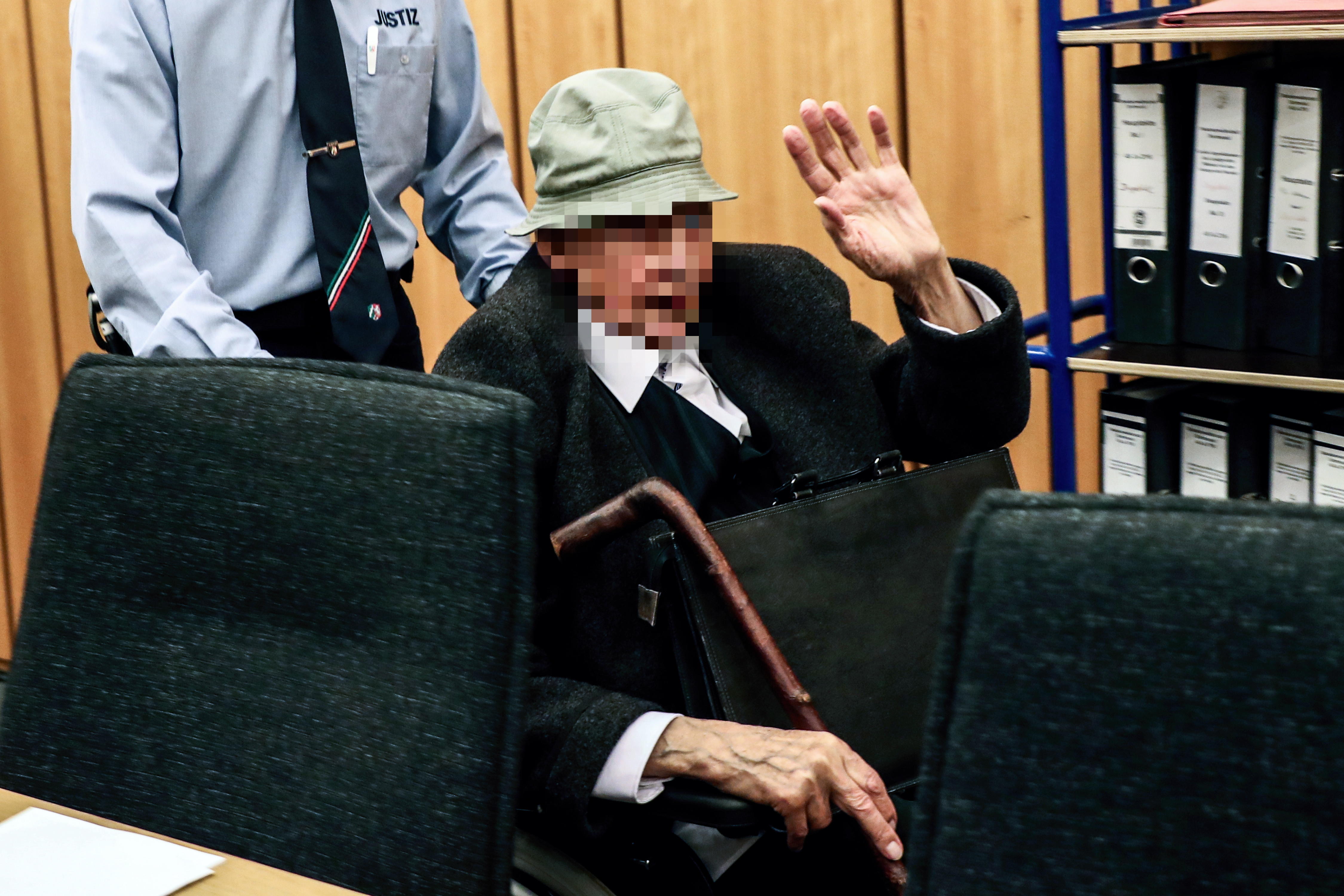 MUENSTER, Germany -- A 94-year-old former enlisted SS man went on trial Tuesday in Germany, charged with being an accessory to murder for crimes committed during the years he served as a guard at the Nazis' Stutthof concentration camp.

Johann Rehbogen is accused of working as a guard at the camp east of Danzig, which is today the Polish city of Gdansk, from June 1942 to about the beginning of September 1944.

There is no evidence linking him to a specific crime, but more than 60,000 people were killed at Stutthof and prosecutors argue that as a guard, he was an accessory to at least hundreds of those deaths.

Stutthof prisoners were killed in a gas chamber, with deadly injections of gasoline or phenol directly to their hearts or shot, starved and even forced outside in winter without clothes until they died of exposure, prosecutor Andreas Brendel said.

Rehbogen's role at Stutthof, and the trial

The former SS Sturmmann, roughly equivalent to the U.S. Army rank of specialist, does not deny serving in the camp during the war but has told investigators he was not aware of the killings and did not participate in them, Brendel said.

Rehbogen's attorney, Andreas Tinkl, has said his client will make a statement in the trial at the Muenster state court, which is scheduled to last until January, but it was not immediately clear when he would speak.

Rehbogen lives in the western municipality of Borken near the Dutch border. In deference to his age and health, the trial is being restricted to a maximum of two hours a day, with no more than two non-consecutive days a week. At the same time, because he was under 21 at the time of his alleged crimes, he is being tried in juvenile court.

The Simon Wiesenthal Center, which helped locate some 20 Stutthof survivors for the case to serve as possible witnesses, emphasized that such trials are important, even more than 70 years after the end of World War II.

"The passage of time in no way diminishes the guilt of Holocaust perpetrators and old age should not afford protection to those who committed such heinous crimes," said the center's head Nazi hunter, Efraim Zuroff.

Many survivors, along with relatives of victims, are also joining the trial as co-plaintiffs as allowed under German law.

Even though the number of suspects is dwindling, the special federal prosecutor's office in Ludwigsburg that investigates Nazi war crimes still has multiple cases ongoing. In addition to looking at camps like Stutthof, Buchenwald, Ravensbrueck, Mauthausen and Flossenbuerg, it is also investigating former members of the mobile killing squads known as the "Einsatzgruppen."

The legal reasoning that being a camp guard is itself enough to be found guilty of accessory to murder, even without specific evidence of a crime, was first used successfully against former Ohio autoworker John Demjanjuk in 2011.

Demjanjuk was convicted in Munich on allegations he served as a Sobibor death camp guard. He always denied the accusation and died before his appeal could be heard.

The 2015 conviction of former Auschwitz guard Oskar Groening using the same argument, however, was upheld by Germany's top criminal court on appeal, cementing the precedent.

The Stutthof case is the first time a prosecution is going to trial using this line of reasoning for a concentration camp guard instead of a death camp guard. But prosecutors have expressed confidence it can be applied, since tens of thousands of people were killed in Stutthof even though its sole purpose was not murder.

Stutthof was established in 1939 and underwent several iterations, initially being used as the main collection point for Jews and non-Jewish Poles removed from the nearby city of Danzig on the Baltic Sea coast.

From about 1940 onward, it was used as a so-called "work education camp" where forced laborers, primarily Polish and Soviet citizens who had run afoul of their Nazi oppressors, were sent to serve sentences and often died. Others incarcerated there included criminals, political prisoners, homosexuals and Jehovah's Witnesses.

From mid-1944, it was filled with tens of thousands of Jews from ghettos being cleared by the Nazis in the Baltics as well as from Auschwitz, which was overflowing, and thousands of Polish civilians swept up in the brutal suppression of the Warsaw uprising.