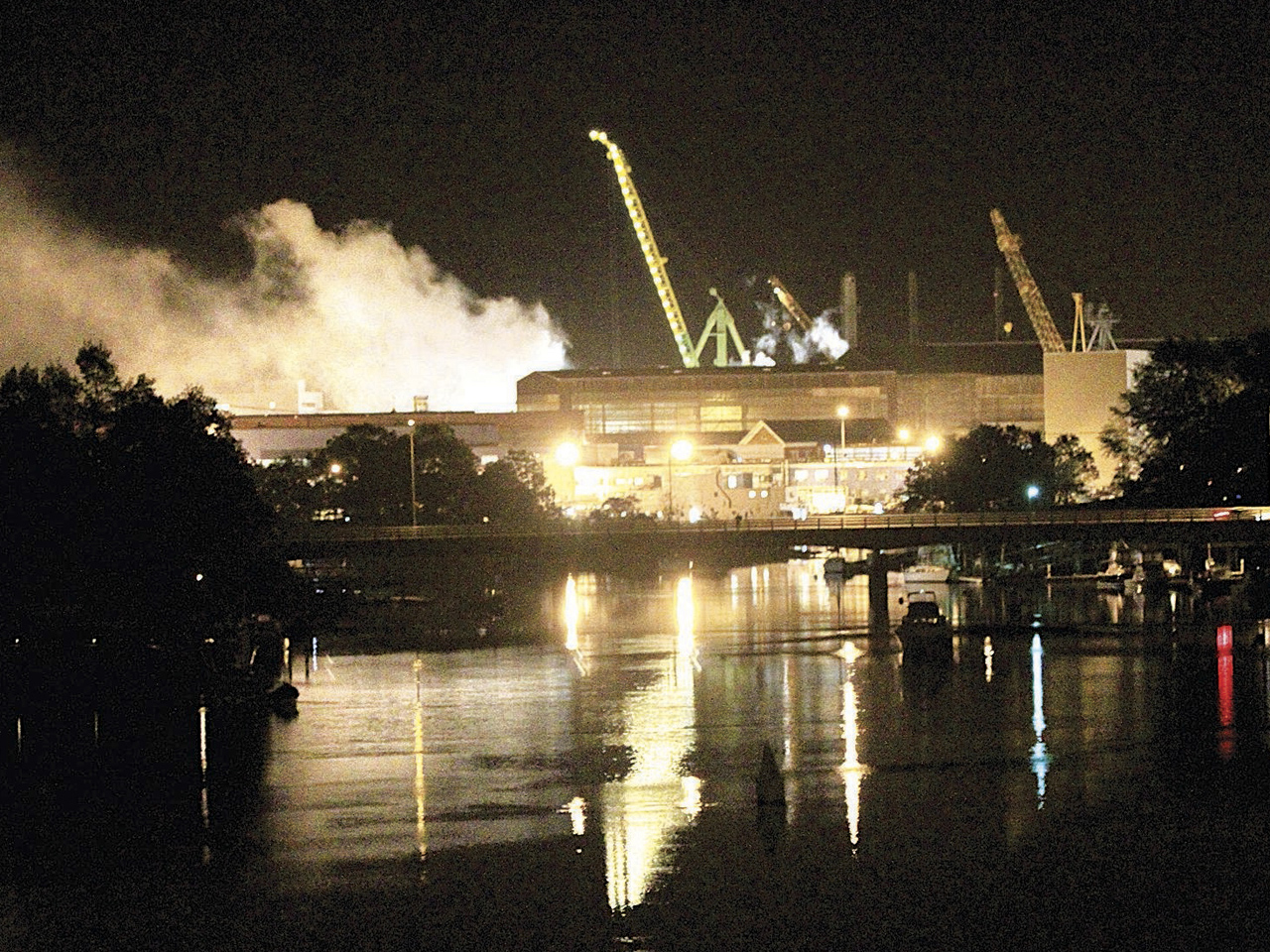 (CBS/AP) PORTLAND, Maine - A civilian employee working as a painter and sandblaster allegedly set fire to the submarine at a Maine shipyard he was working on because he had anxiety and wanted to get out of work early, the Navy says. . The subsequent blaze created an estimated $400 million in damage to the vessel.

According to an affidavit, Casey James Fury admitted to setting one fire aboard the USS Miami attack submarine on May 23 and a second one outside the submarine on June 16, Navy investigators said in a complaint filed Monday.

The Naval Criminal Investigative Service said 24-year-old Fury has been charged with two counts of arson involving the USS Miami, according to the complaint filed in federal court in Maine. Investigators said Fury told them his anxiety caused him to set the fires. He was on multiple medications for anxiety and depression, according to the criminal complaint.

Fury faces life imprisonment, a fine not to exceed $250,000 and restitution if he is found guilty of either charge, according to CBS News affiliate WGME 13.

The submarine was in dry dock for an overhaul at the Portsmouth Naval Shipyard in Kittery. Court documents say Fury was assigned to strip paint in the torpedo room. He first denied involvement in the fires, then later acknowledged his involvement in the major fire when it was clear he was failing a polygraph examination, federal investigators say.

Fury, from Portsmouth, N.H., appeared in U.S. District Court in Portland on Monday but did not enter a plee.

People who appeared to be family members attended the hearing but declined to comment. His federal public defender, David Beneman, did not speak in court and earlier in the day also declined to comment to the Associated Press. He agreed to take the polygraph examination July 20 without a lawyer present.