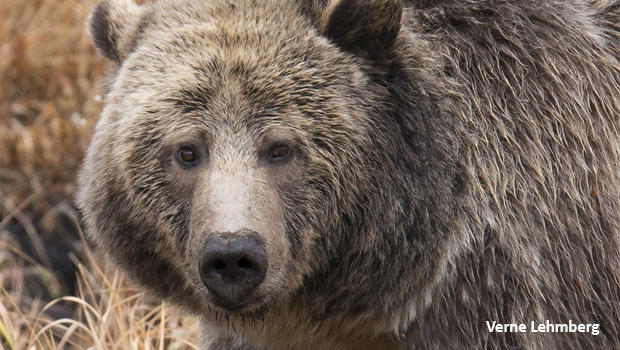 Anthropomorphism is a word I have been thinking about a lot lately. It is, of course, when we attribute human characteristics to an animal. The big question for some (especially biologists who study animal behavior) is, is it acceptable? Some argue it leads researchers to biased results, while others see it as an obvious way to understand their research subjects. I argue if you see a pet parrot acting jealous when its human pays more attention to his wife than to the parrot, it is obvious the parrot is jealous. I had an extremely well-behaved black lab that always made crying sounds when my husband kissed me. He sometimes did it just to harass her. She was obviously jealous but thought she would get in trouble if she did anything other than act upset.

Anyone who has spent time with either wild or domestic animals has seen "human" emotions in those creatures. Some scientists believe it is unscientific to describe those behaviors as similar to humans. I believe it is unscientific to do otherwise, because we all evolved from common ancestors, and the closer we are to another organism evolutionarily, the more similar are our nervous systems, endocrine systems, etc. It is only logical we have more in common emotionally with a baboon or a chimpanzee, maybe a little less with a fox, and much less with a jellyfish.

Maybe part of our lack of understanding of other organisms stems from our inability to understand their language. I've been trying to both understand and shorten the emotional distance between myself and other organisms all my life. Now I do it without consciously thinking about it, and find myself saying out loud what I believe (or want to believe) an animal is thinking.  I don't care if that animal is a fish, an otter or a grizzly bear; I can get in its head and start talking for it. I don't know – or even care – if I'm right; I just enjoy doing it as a way of empathizing with that animal and enjoying its presence.

The conservationist and writer Carl Safina not only believes animals having emotions, he states the bias against recognizing the emotions of other animals is unscientific. During his 2015 TED Talk, he said, "[A]ttributing human thoughts and emotions to other species is the best first guess about what they're doing and how they're feeling. Because their brains are basically the same as ours, they have the same structures. The same hormones that create moods and motivation in us, are in those brains as well."

Yellowstone grizzly bears have taught me a lot about animal emotions. One of my very favorites is a female named Raspberry. Yellowstone bears usually get their common names from photographers who spend time with them. Raspberry was named by my friend Jim Yule, and since he is the only one I know who has a photo of her when she was a baby, he has a right to name her.

Raspberry is one of the most beautiful and most loved of all Yellowstone grizzly bears. And I do mean loved. I hear my friends, both in person and on social media, talking about Raspberry like one might talk about a favorite aunt or a sister you haven't seen in a while, and miss. We've known her for just over eight years. She was born in January or February of 2007, so she is about 11-and-a-half years old now.

Female grizzlies are capable of producing babies when they are about four-and-a-half years old. Many of us have been watching and waiting every spring hoping she would finally appear with new babies of her own. We really thought she would in 2014; she was seven years old, after all. But she didn't, so in 2015 when she didn't appear after winter hibernation the rumors were flying. (Female grizzlies with new cubs usually appear later than boars and single females.)

Finally, she showed up almost a month late with two brand new babies. We were thrilled! We were all self-appointed godparents! Our friend, Jill Cooper, had always wanted to name a bear, so she decided the two would be Rocky and Snow. Rocky liked to climb and Snow was lighter colored than most Yellowstone grizzlies. The names stuck, but unfortunately Rocky didn't make it past his first year. Snow, however, not only survived, she thrived.

She and Raspberry were inseparable. Normally grizzly cubs stay close to their mom but can stray a little while they play or their mom grazes. Snow and Raspberry stayed close. Really close. They developed a routine: eat, play, nurse, sleep, repeat. The play was what was unusual. Since Snow was an only child she didn't have a sibling to play with, so she picked Raspberry. We had been watching Raspberry for five years and we never saw her play, but play they did, sometimes for more than an hour at a time.

Towards the end of their second year together we began to speculate on whether they would stay together three years. Some grizzly cubs stay with mom for two years and some for three. We were betting on three. When they came out last year it was their third year together. Would they stay or would a male find Raspberry and chase Snow away? They stayed together that entire third year.

This year when they came out together we knew it wouldn't last. At first, they stayed close to each other and played frequently. Snow even continued to nurse, but some people noticed Raspberry wasn't producing milk. Not that Snow needed any; she was getting plenty to eat. Once it became obvious that Raspberry wasn't producing milk, we knew she had to be in estrus and it was only a matter of time before a male grizzly found her. Several males vied for her affections, but only one won.

Many black and grizzly bear females with cubs live near roads. They use the roads, and the people near them, to protect themselves and their cubs from "back country" boar grizzlies, males that don't like humans, so they almost never come close to roads unless they are lured there by a female. Raspberry spent a couple of weeks this year with her boyfriend. When she lost interest in him he disappeared into the back country.

Some of us talked about whether Snow and Raspberry would get back together. Something that is uncommon, but not unprecedented. They haven't gotten back together but Snow learned what she needed to know from Raspberry to survive on her own. Not long after she was chased away from Mom, she successfully killed a baby elk, and a couple of days ago she was feasting on a road-killed deer.

Snow is going to be fine, and because she is deep inside Yellowstone she won't be subjected to the new grizzly hunt that will go into effect this fall in Wyoming. She will hopefully thrive and emerge in a few years with some babies of her own. I will be there waiting to meet them.

If you would like to see Snow and Raspberry, and meet Raspberry's new cubs next year, come to Yellowstone in May or June. Get up early and look for them between Mary Bay and Cub Creek on the north side of Yellowstone Lake east of Fishing Bridge. Don't tell any of the photographers I told you!

20 years after: The transformation of Ground Zero

Taylor Sheridan, the creative cowboy behind "Yellowstone"
Thanks for reading CBS NEWS.
Create your free account or log in
for more features.
View CBS News In
CBS News App Open
Chrome Safari Continue
Be the first to know
Get browser notifications for breaking news, live events, and exclusive reporting.