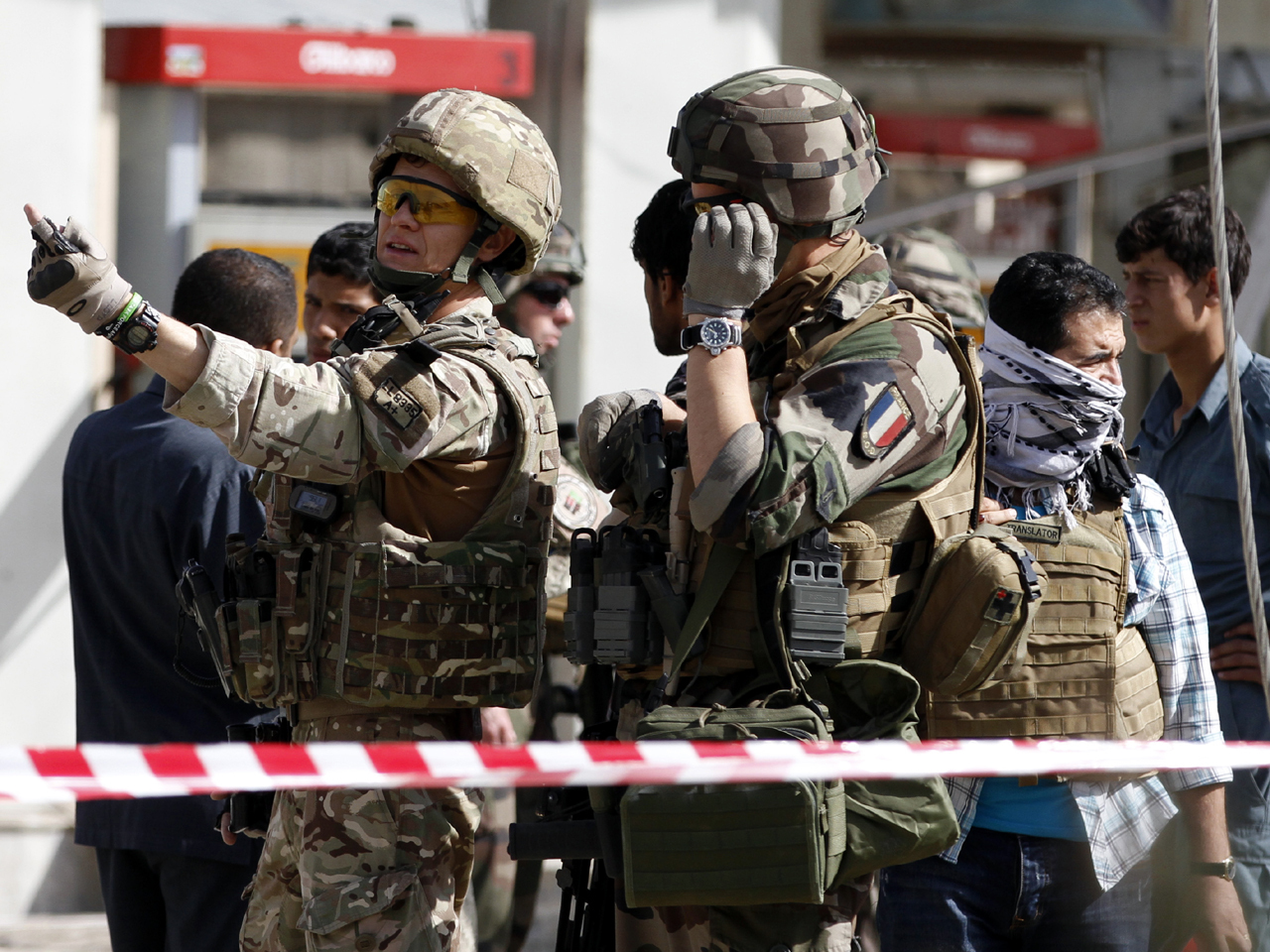 Following the deaths this year of 51 international troops killed by Afghan forces or militants wearing Afghan uniforms, NATO has said that troops will no longer routinely carry out operations such as patrolling or manning outposts with their Afghan counterparts.

CBS News national security correspondent David Martin reports that NATO and Afghan troops will still work together in headquarters, in training and on special operations night raids, but most of the patrols where the two groups work side by side in the field has been suspended unless an exception is granted by a commanding general.

U.K. Defense Secretary Philip Hammond told lawmakers that the decision was a temporary response to elevated threat levels following the outrage in Muslim countries over an anti-Islam video produced in the United States.

Troops would "return to normal operations" as soon as the tension eased, Hammond insisted after he was called to the House of Commons to explain the changes.

However, Hammond acknowledged that British forces are likely to carry out fewer joint missions.

Afghan police and soldiers were increasingly capable of carrying out operations alone, meaning Britain's "level of partnering activity on the ground has therefore been steadily decreasing," he said.

Britain said most of its work advising Afghan security forces would be carried out with entire Kandaks, or battalions — groups of about 300 to 500 troops. Joint operations involving smaller groups of troops would be "evaluated on a case by case basis," the U.K. defense ministry said.

Opposition lawmakers criticized the plan as potentially undermining the strategy of training local forces to provide security in Afghanistan once U.S. and NATO's International Security Assistance Force leave at the end of 2014.

"It does appear to be a really significant change in the relationship between U.K., ISAF and Afghan forces," said opposition Labour Party lawmaker Jim Murphy.

John Baron, a member of the ruling Conservative Party, said the change "threatens to blow a hole in our stated exit strategy, which is heavily reliant on these joint operations continuing."

"This announcement adds to the uncertainty as to whether Afghan forces will have the ability to keep an undefeated Taliban at bay once NATO forces have left," Baron, a former army officer, told the House of Commons.

Labour legislator Paul Flynn, a staunch opponent of the Afghanistan war, was banned from the Commons for a day after he accused Hammond of misrepresenting the truth.

"Our brave soldier lions are being led by ministerial donkeys," Flynn said.

On Monday, Hammond had told lawmakers that insider attacks, including the killing of two British soldiers by a man in Afghan police officer's uniform on Saturday, would not derail the process of training Afghan security forces.

Hammond held talks in Afghanistan last week with President Hamid Karzai on so-called "green on blue" killings, and suggested the only planned change to policy was likely to be more extensive vetting of Afghan forces who work alongside NATO troops.

Foreign Secretary William Hague insisted the NATO decision did not represent a major shift in policy.

Since 2008, Britain has suffered 18 deaths in insider attacks, including Saturday's killings of two soldiers by an assailant dressed as an Afghan policeman who feigned injury and opened fire as troops came to his aid.