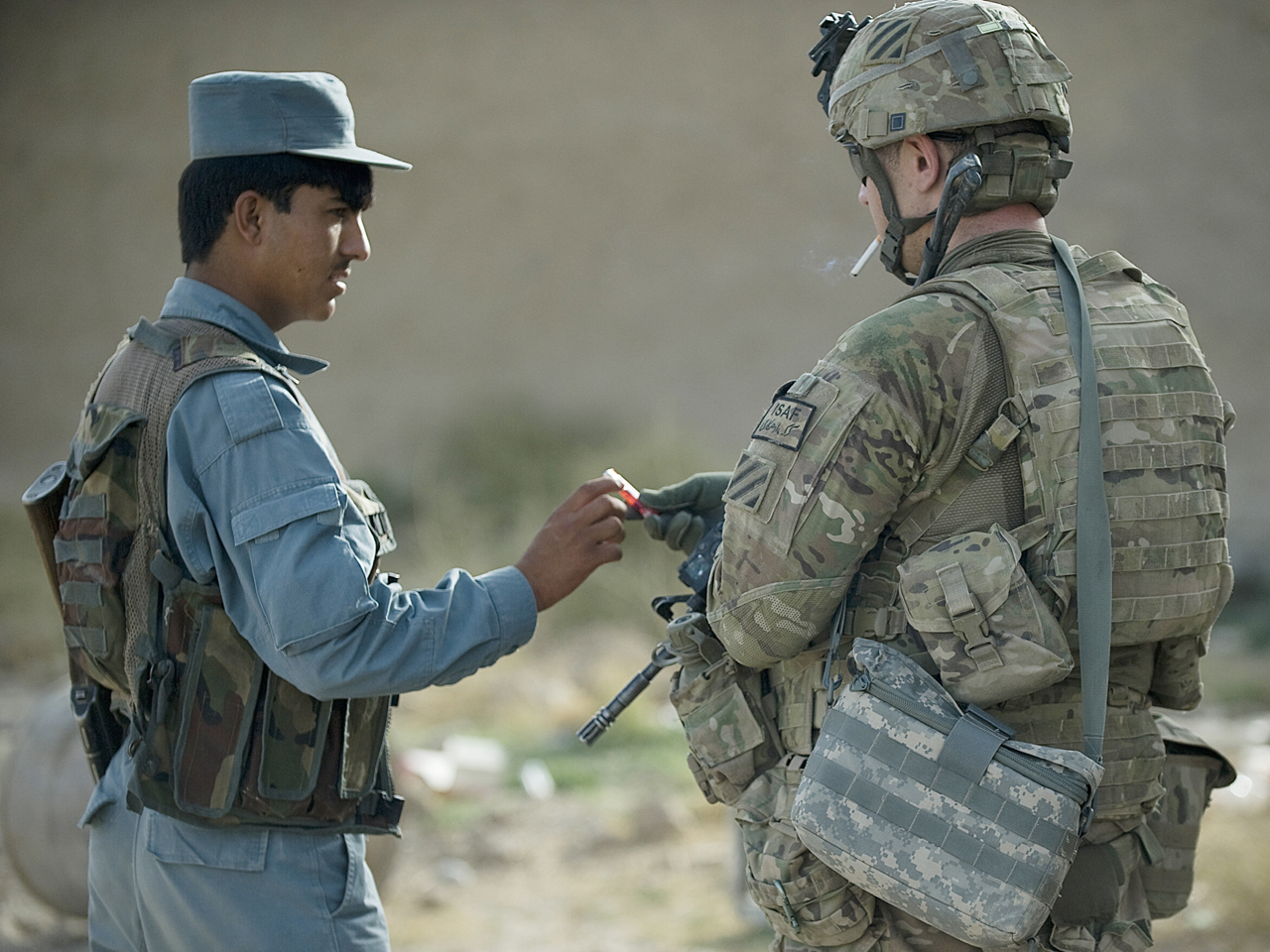 (CBS News) WASHINGTON - U.S. and NATO troops operating on the front lines in small units with Afghan forces have been called back to their bases in Afghanistan until further notice following the suspension of so-called partnered-operations in the field - ordered in response to the threat of "insider attacks."

NATO and Afghan troops will still work side-by-side on big bases, in the crucial large-scale training programs around the country, and on the Special Operations night raids, but the bread and butter of the U.S.-led military effort thus far - the joint patrols with Afghans and Western troops working together in the field - are now over unless an exception is granted by a commanding general.

And no one is willing to say how long the suspension will last.

So far in 2012, Afghan soldiers or police have turned their guns on NATO troops who are trying to help them 36 times. A total of 51 NATO troops have been killed in the insider attacks - 32 of them American.

CBS News senior military security analyst Gen. Richard Myers says that, given the importance of getting Afghan forces trained and ready to take over security duties when NATO is scheduled to pull out in less than two years, "this temporary suspension is problematic in reaching that 2014 goal."

Ryan Crocker, until recently the U.S. Ambassador to Afghanistan, put it differently: "I think we underestimate, at our peril, a resilient enemy finding a new mechanism with effect."

Crocker could have said the same about the Friday attack on NATO's Camp Bastion in the southern Helmand province, which left two U.S. Marines dead and eight fighter jets destroyed - the most destructive attack of the entire war.

The attack began at 10 p.m. Friday night, when 15 militants dressed in U.S. Army uniforms cut their way through the outer wire and blew a hole through the wall of the heavily fortified base.

Armed with automatic weapons, rocket-propelled grenade launchers and suicide vests, they split into teams. One went for the Harrier jet fighters, another for the fueling stations, and the third for the helicopters parked at the base.

Within 30 minutes, the damage was done, but it would take another two hours before a quick reaction force would respond and kill 14 of the attackers and capture one.