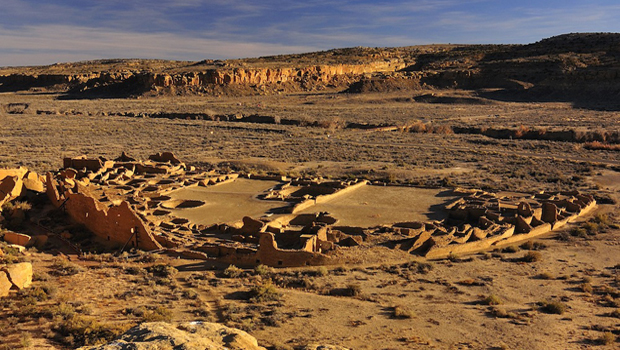 For hundreds of years, Native Americans in the southwestern United States had a prolonged baby boom -- which would average out to each woman giving birth to more than six children, a new study finds. That baby streak, however, ended a little before the Spanish colonized the Americas.

"Birthrates were as high, or even higher, than anything we know in the world today," said study co-author Tim Kohler, an archaeologist and anthropologist at Washington State University.

The precolonial baby boom was likely fueled by Native Americans in the region switching from a nomadic, hunter-gathering lifestyle to a settled farming way of life, Kohler said. [Images: Maya Maize Secrets Revealed In Tikal Soil]

The researchers analyzed thousands of skeletal remains from hundreds of sites across the Four Corners region of the Southwest (the area that now makes up Utah, Arizona, New Mexico and Colorado) dating from 900 B.C. until the beginning of the colonial period in the early 1500s. (Most sites were excavated decades ago, and most of the remains have been returned to their tribes, Kohler said.)

By estimating the fraction of the population between ages 5 and 19 (young children's remains are too poorly preserved to include in the calculation), the researchers could get a rough estimate of the birthrate, or the number of babies born per year for every 1,000 people.

The birthrate slowly increased until about A.D. 500, and then rose more quickly and stayed high until A.D. 1300. The birthrate, about 0.049 in a year, was akin to that in modern-day Niger, where every woman has, on average, 6.89 children.

The rise in birthrate coincided with shifts in agricultural production. Though maize was first cultivated around Mexico City nearly 8,000 years ago and reached the Southwest by about 2000 B.C., most Native Americans in the region were nomadic, so they weren't farming it.

Then, in A.D. 500, selective breeding led to plumper maize seeds, and the crop also became more productive. This shift also coincided with a transition to a more settled way of life.

"We begin to see much more substantial dwellings, indicating that people are spending a much longer period of time in specific places," with shifts from wood to stone structures, Kohler told Live Science.

The number of dwellings also increased around this time period.

Birthrates leveled off around A.D. 1100 and declined precipitously after A.D. 1300. It's not clear exactly why that happened, but a severe drought in the 1100s may have fueled more conflict, eventually leading to a sudden collapse in the population, the researchers noted.

The shift to agriculture could have spurred a baby boom in multiple ways.

A nomadic lifestyle could mean picking up camp and trekking long distances every month -- no easy feat for a woman if she had more than one child to carry. At the same time, hunter-gatherers tend to breastfeed their children longer because they have few appropriate "weaning foods." The high-caloric demand of the lifestyle, combined with prolonged breastfeeding, may have suppressed ovulation in women, leading to fewer children, Kohler said.

In contrast, a woman who had to walk only a small distance to tend the fields could take care of multiple dependent children, and could also wean her children sooner by feeding them a maize porridge, Kohler said.

The findings were published on June 30 in the journal Proceedings of the National Academy of Sciences.