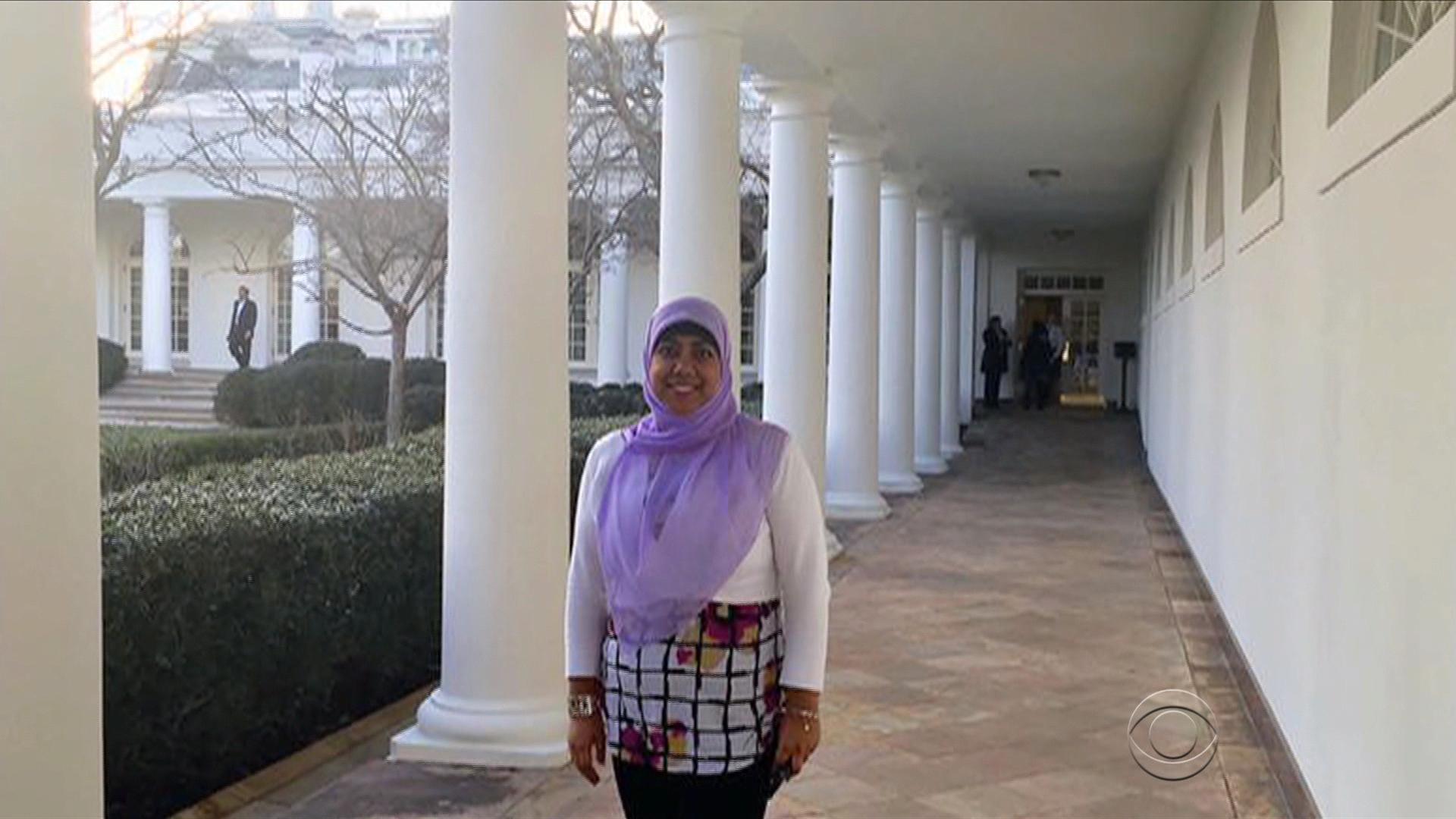 WASHINGTON -- A White House national security staffer resigned after eight days in the Trump administration. The Maryland woman is a Muslim-American whose family emigrated from Bangladesh.

She was a holdover from the Obama White House who had hoped to stay.

“It was a very tense and unwelcoming feeling,” said Rumana Ahmed, who first told her story in The Atlantic magazine.

Ahmed worked as a staffer on the National Security Council during the Obama administration. When President Trump took office, she decided to stay, but quickly became uncomfortable.

“I got both of those looks of ‘oh my God, like, are you OK, you know, is this, you know, I’m surprised you’re still here,’” Ahmed said. “But then you also had others who were just very cold and just kind of ignored the fact that I was even there.”

She was hoping to change minds, even though as a Muslim-American woman she had been offended by the president’s rhetoric on the campaign trail.

“At the end of the day you may not convince everybody, but there might be one or two people who will be willing to at least listen,” Ahmed said.

As for convincing anybody in the Trump White House, she said, “There was no opportunity to interact with anybody.”

In the chaotic early days, Ahmed believes she and other staffers were often cut out of the policy-making process.

“You kind of actually found out about things as they came out in the news, and that wasn’t just true of some of us who stayed, but it was also true of some of the Trump staffers as well,” Ahmed said.

Ahmed said one of the last straws for her was the president’s executive order banning travel from seven predominantly Muslim countries. Less than two weeks into the Trump presidency, she quit.

“Walking into that building was becoming more and more difficult every single day because everything that administration was doing stood against what I stood for as both an American and a Muslim,” Ahmed said.

There has been a lot of turmoil on the National Security Council. Just this week, Mr. Trump named H.R. McMaster to replace Michael Flynn as national security adviser. White House officials did not have a lot to say about Ahmed’s comments, only that they wish her well.