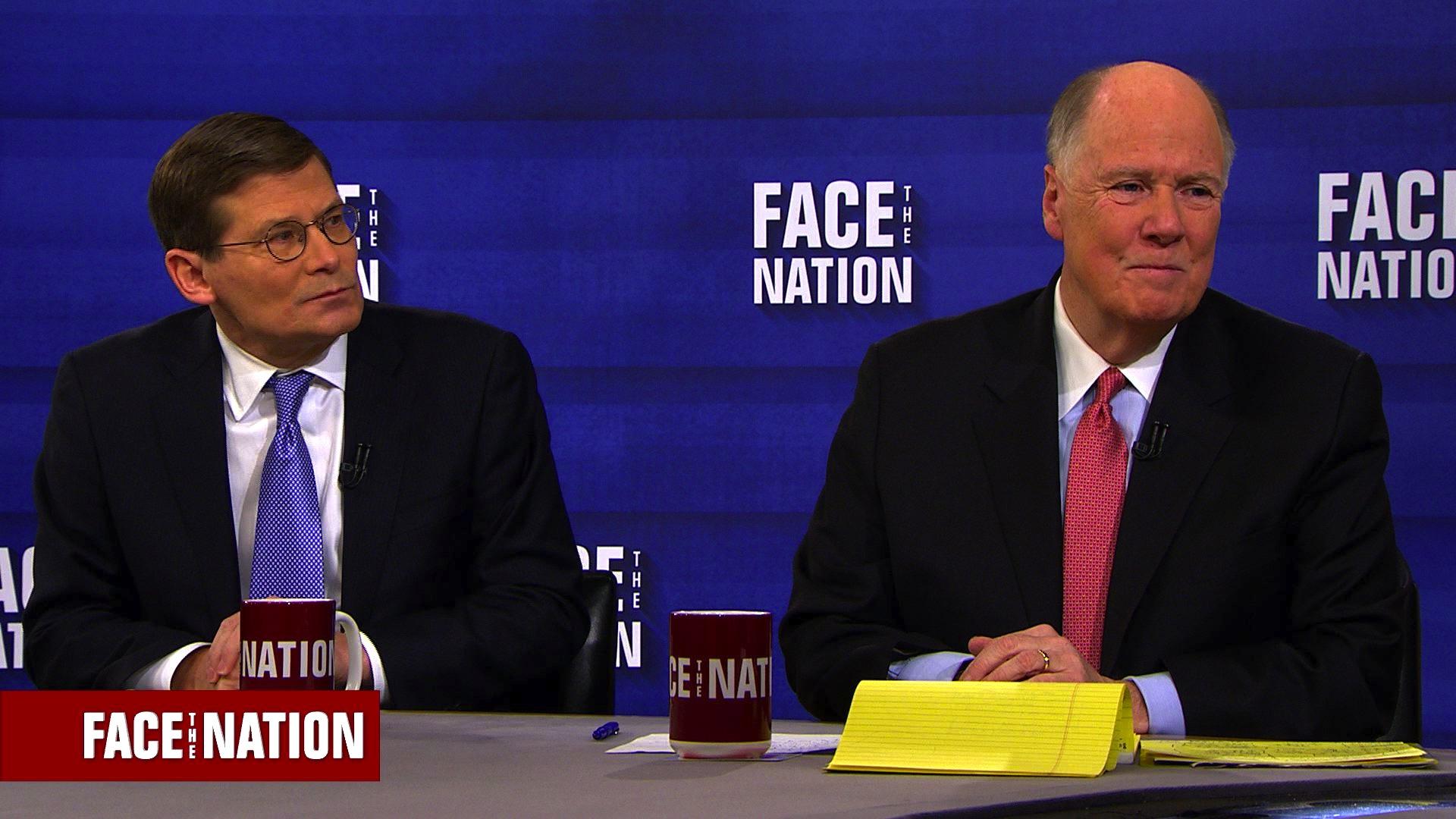 Former National Security Adviser Tom Donilon and former Deputy CIA Director Mike Morell offered their insights into the threat North Korea continues to pose to the U.S. as the Trump administration faces one of its biggest challenges heading into its second year in office.

Morell said efforts to assess the North Korean program have been an "intelligence success."

Donilon, who served as President Obama's national security adviser from 2010 to 2013, agreed and said the U.S. should be doing "everything they can do short of war" to keep the pressure on North Korea.

"We need much more aggressive enforcement. We should be thickening our ballistic missile defense system as part of our deterrence efforts. We should put pressure on the human rights front and to get to a negotiation at some point. I think there's a lot more pressure we can put on them, frankly," suggested Donilon.

Meanwhile, as signs of diplomatic talks show renewed spirit after North Korean leader Kim Jong Un alluded to sending a delegation to the upcoming Winter Olympic games in South Korea, Morell says the North Koreans are now reaching out as a result of crippling economic sanctions.

Donilon agreed, saying the North is now under considerable pressure as sanctions "start to bite."

He added, however, that Mr. Trump's tweets suggesting his openness to using a nuclear weapons is a "decidedly bad topic" for discussion on social media.

"I would encourage the White House staff -- I know that General Kelly has said that he doesn't pay attention to the president's Twitter account. That's a mistake," Donilon said.

"These are presidential statements, and the world pays attention," he added. "And I would encourage them to have a national security carve-out, if they could ever achieve it."