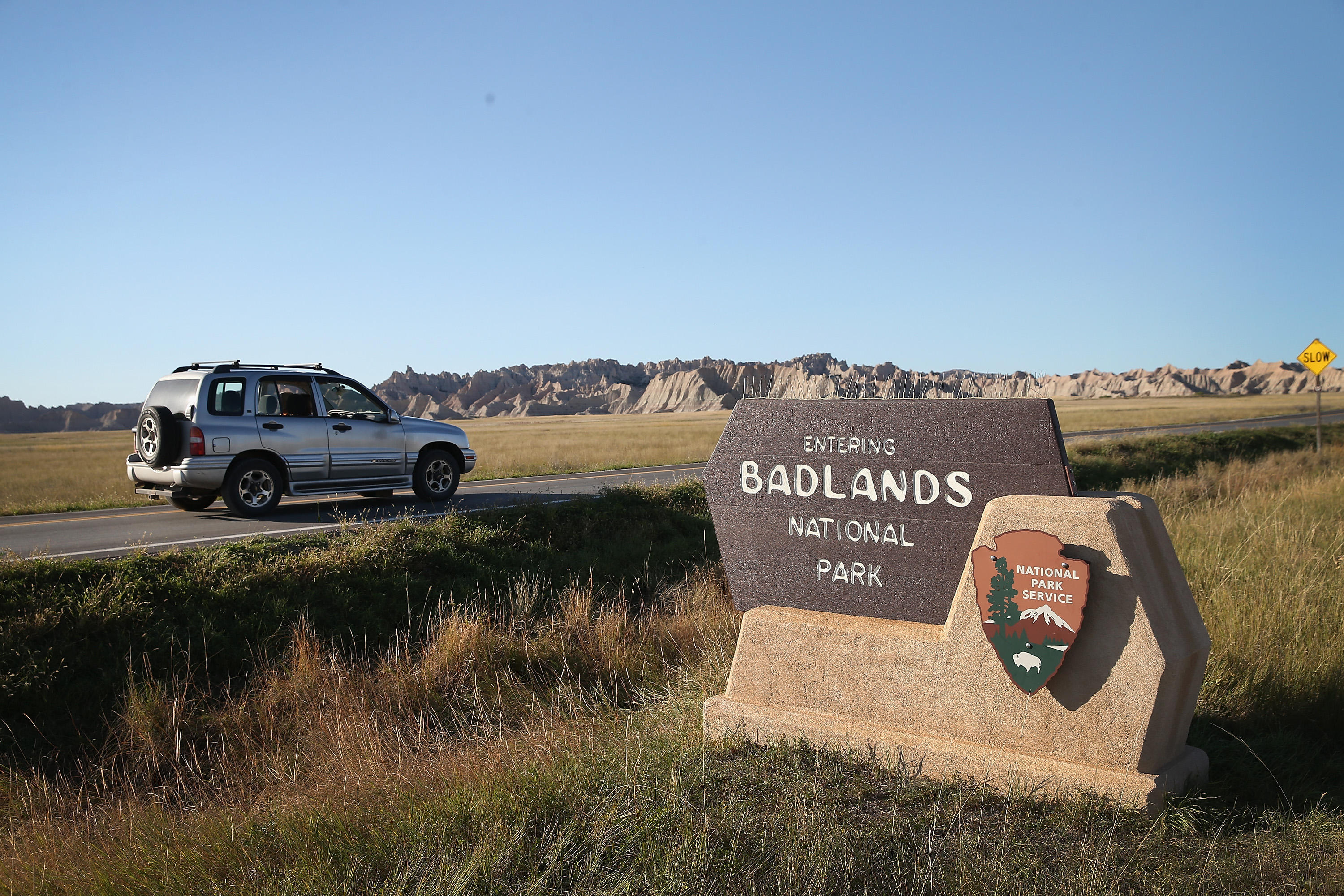 A day after three climate-related tweets sent out by Badlands National Park were deleted, other park accounts have sent out tweets that appear to defy Trump. One, by Redwoods National Park in California, notes that redwood groves are nature’s No. 1 carbon sink, which capture greenhouse gas emissions that contribute to global warming.

“More redwoods would mean less #climatechange,” the park said in a tweet.

Golden Gate National Park in California said in a tweet that 2016 was the hottest year on record for the third year in a row. The tweet directed readers to a report by NASA and the National Oceanic and Atmospheric Administration, also known as NOAA.

Trump has called climate change a hoax, and many readers saw the climate-related tweets as a message of defiance to the new president.

Other park accounts got swept up in the conversation.

Death Valley National Park tweeted photos of Japanese Americans interned there during World War II, a message that some saw as objecting to Trump’s pledge to ban Muslims from entering the country and a proposal to restrict the flow of refugees to the United States.

Park spokeswoman Abby Wines said the posts were not intended to be political criticism, and the woman responsible had been in tears earlier in the day because of the attention. “This is a topic we’ve done tweets on before,” she said. “We’ve been doing ranger talks on this topic since 2012. This is part of Death Valley Park’s history.”

No one from the Trump administration has complained or asked them to remove the posts, she said.

Tom Crosson, the chief spokesman for the park service, declined to comment on any of the tweets sent out by park service accounts, but he said there is no restriction on agency use of Twitter or other social media.

“There’s no gag order on national parks that would prevent people from tweeting,” he said in a phone interview Wednesday.

Three climate-related tweets sent out by the Badlands park account were deleted after they went viral on Twitter, sparking debate over whether the park was defying the Trump administration.

The park service said in a statement that several tweets on the Badlands account were posted by a former employee who was not authorized to use the account. “The park was not told to remove the tweets but chose to do so when they realized that their account had been compromised,” the statement said.

Social media managers for the park service “are encouraged to continue the use of Twitter to post information relating to public safety and park information, with the exception of content related to national policy issues,” the statement said.

The Badlands tweets were shared thousands of times, and the Democratic National Committee circulated the message by email with the subject line “Resist.”

That message - resist - was featured on massive banner unfurled atop a 270-foot construction crane blocks from the White House. A spokesman for the environmental group Greenpeace said protesters who climbed the crane to place the banner are encouraging resistance to Trump and his agenda, including executive orders signed Tuesday to boost the Keystone XL and Dakota Access pipelines, both of which were blocked by President Barack Obama.

The photos contrasted turnout at Friday’s inauguration with previous ceremonies. Trump has claimed without evidence that turnout at his event was larger than reported by news media.

The Interior accounts were reactivated the next day.