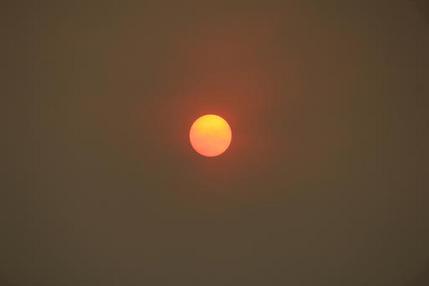 WASHINGTON — Government scientists say the Earth sizzled to a third straight heat record last year. Globally, the average temperature over land and ocean surfaces for 2016 was the highest since record keeping began in 1880.

They mostly blame man-made global warming with help from a natural El Nino, which has since disappeared.

The figures announced Wednesday come from NASA and the National Oceanic and Atmospheric Administration, which measure global temperatures in slightly different ways. They said last year passed 2015 as the hottest year on record.

Temperatures were particularly high in the first half of the year due to the power of El Niño.

Sixteen of the 17 hottest years ever on record have officially occurred in the 21st century, according to the WMO. The only outlier was 1998.

NASA’s figures include more of the Arctic, which was warmer than usual. The agency said last year was .22 degrees (.12 degrees Celsius) warmer than 2015.

Looking forward, continued melting of polar ice in the Arctic could lead to catastrophic sea level rise and flooding around the world. Some 13 million Americans could become “climate refugees” by the end of this century if the worst projections come to pass, research in 2016 warned.

NASA’s Gavin Schmidt said most of the record heat was from man-made climate change.

U.K. lifts ban on fracking in England despite opposition
More
Thanks for reading CBS NEWS.
Create your free account or log in
for more features.
View CBS News In
CBS News App Open
Chrome Safari Continue
Be the first to know
Get browser notifications for breaking news, live events, and exclusive reporting.