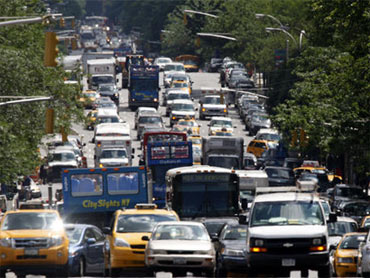 A new study finds traffic congestion is getting thicker in the nation's busiest metropolitan areas, and the researchers said the country is headed for gridlock when employment picks up.

Are the new unemployment numbers a breakthrough?

It said things will get worse when the millions of jobs lost during the recession return to the nation's cities, with a drop in the unemployment rate to 7 percent equating to 9 million more daily work trips.

Los Angeles tops the list of cities with the worst traffic congestion. INRIX said drive times at 5:30 on Thursday afternoon in the city take 71 percent longer than normal. For commuters in San Francisco and Washington, it's more than 50 percent longer.