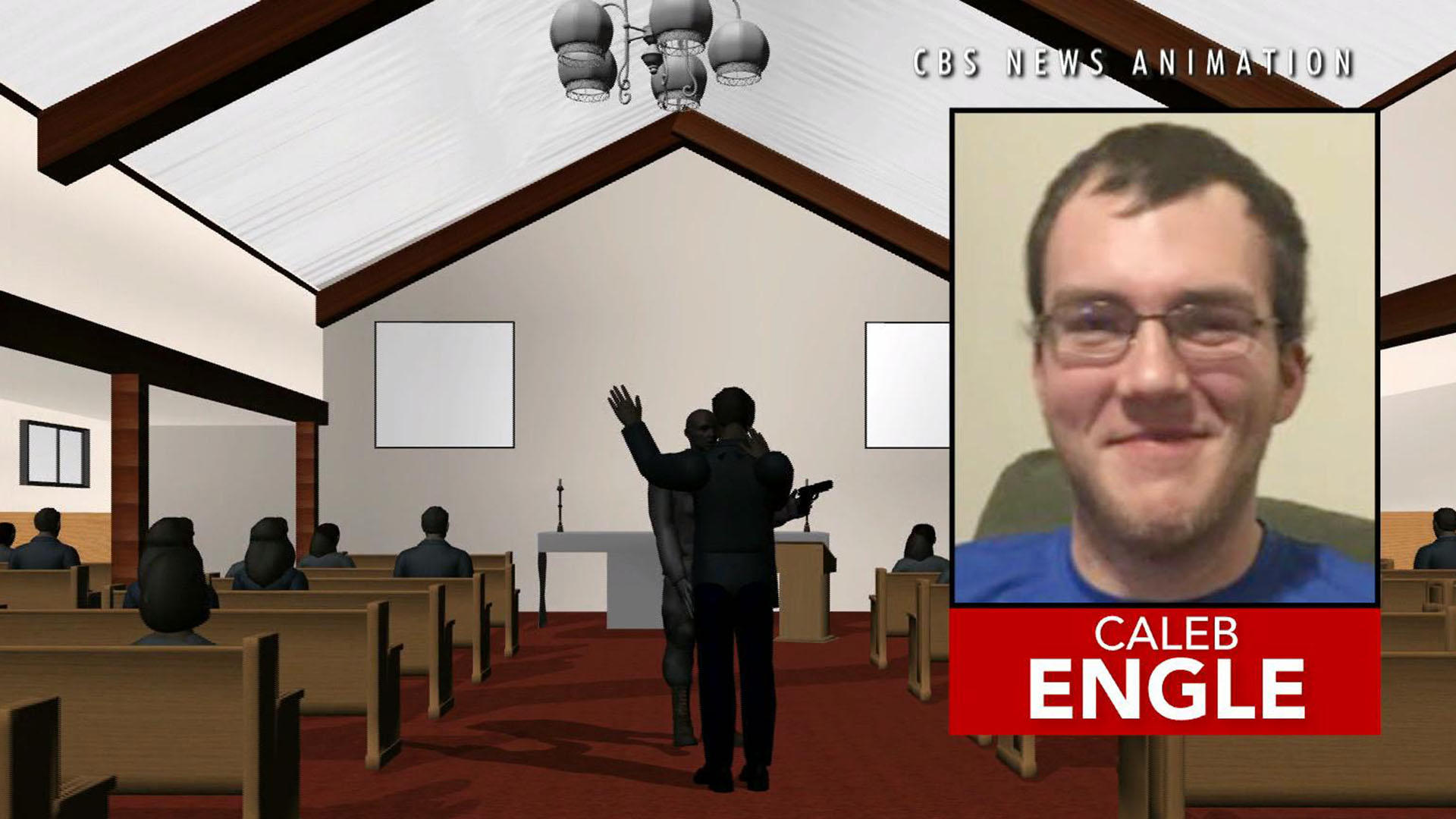 NASHVILLE, Tenn. -- Church members praised an usher who confronted the gunman in a deadly shooting at a Tennessee church.

The suspect is 25-year-old Emanuel Kidega Samson. He was in police custody after shooting himself Sunday by accident. Nashville police said Samson killed one woman in a parking lot and wounded seven other people. He is a legal U.S. resident who came from Sudan in 1996.

Police said Samson drove a blue SUV up to the church, left the engine running and got out with two pistols, his face partially covered with a mask. Police said he then shot and killed Melanie Smith, a 39-year-old mother of two. She was a caring woman who loved God, according to her daughter Breanna.

Samson allegedly then entered the church and walked down the aisle of the main sanctuary, shooting as he moved. He hit and wounded six people, including the church pastor, before he was confronted by 22-year-old usher Robert Caleb Engle. Police say Samson pistol-whipped Engle, but then accidentally shot himself during the scuffle and fell to the ground.

"This guy came and fighting with him and tackle him down," Minerva Rosa said.

Rosa, who later tended to her pastor's wounds, said Engle jumped in as Samson continued to fire his weapon.

"He was shooting, and then he's standing in the pulpit and he start shooting more," Rosa said.

Injured from his struggle with Samson, authorities said Engle went outside to his car to get his own registered gun, then went back into the church to stand guard over the wounded shooter until police arrived.

"Mr. Engle saved countless lives here today," said Don Aaron, a spokesman for the Metro Nashville Police Department. "He is, at the end of the day, the hero in this because we think this could've been much worse in terms of death."

But in a statement Engle said he did not want to be labeled a hero.

"The real heroes are the police, first responders and medical staff and doctors who have helped me and everyone affected." Engle asked for prayers for all those injured as well as the shooter.

"He's 6 foot 5, a really big guy, but a gentle giant," Langford said. "He's always been that kind of person to put others before himself."

Forty-two people were at the church at the time of the shooting, Aaron said.

The church describes itself on its website as a "friendly, Bible-based group of folks who love the Lord and are interested in spreading his word to those who are lost."

Photos on the church's Facebook page show a diverse congregation with people of various ages and ethnicities.

No motive was immediately determined. Church members told investigators the suspect had attended services a year or two ago, Aaron said. Nashville police did not immediately comment on several bizarre posts on the suspect's Facebook page in the hours before the shooting.

One post read, "Everything you've ever doubted or made to be believe as false, is real. & vice versa, B."

Another post read, "Become the creator instead of what's created. Whatever you say, goes."

And a third post read, "You are more than what they told us."

Police charged Samson Sunday night with one count of murder and said multiple charges were pending. He was ordered held without bond by a judicial commissioner.

"As a pastor myself, you come with the expectation of sitting down and having a service and not thinking about what can happen around you," Mosby said. "You never know who is going to come to the door or what reasons they would come to the door, come to your church and do something like that. We're always on guard. We just thank God many more weren't hurt."