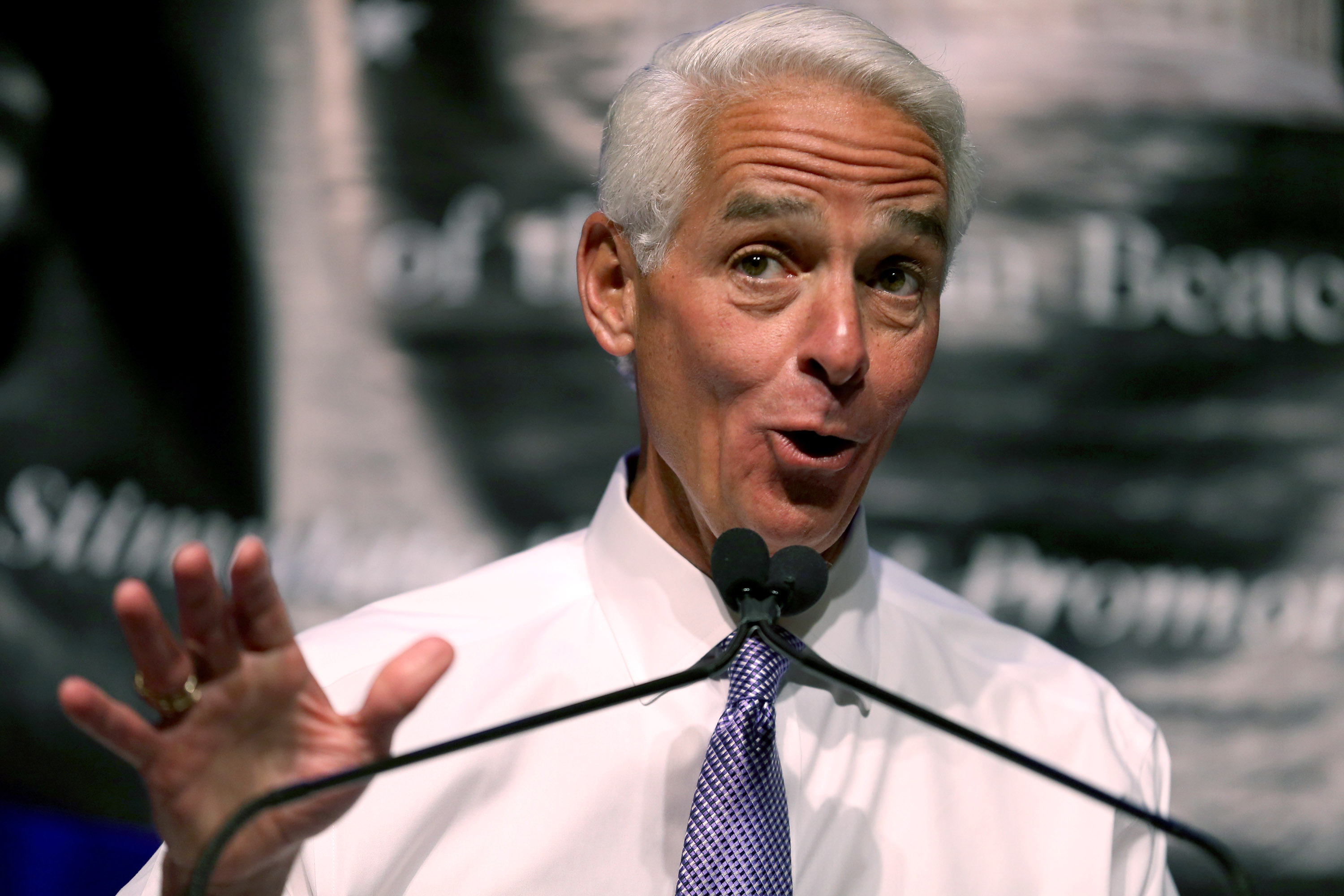 Reversing course, a NASCAR team said Friday that it will not feature an advertisement for Charlie Crist, the former Republican governor of Florida who's now seeking a return to his old job as a Democrat, on a car competing in the Coke Zero 400 this weekend.

Phil Parsons, of Phil Parsons Racing, said he pulled his sponsorship agreement with Crist out of respect for his business partner Mike Curb, a Republican and former lieutenant governor of California.

'He didn't feel comfortable and he's been a huge supporter and partner to us from the very start," Parsons told The Sporting News. "In respect to Michael, we decided to take it off."

The Florida Republican Party had filed a complaint that the advertisement's value to Crist far exceeded the $3,000 limit on campaign contributions. The Crist decals, which were supposed to go on the car's hood, would have occupied coveted advertising space that could fetch over $50,000 from a different sponsor.

Crist's team brushed off the complaint, arguing the advertisement would not have run afoul of any campaign laws.

"The campaign spent no money on this and the cost of wrapping the car was an in kind donation from a supporter who is a big NASCAR fan," campaign spokesman Brendan Gifillan told the Miami Herald.

Parsons denied that the GOP complaint had anything to do with his decision to pull the sponsorship, and he said he would return the cost of the advertisement to the Crist supporter who paid it.

Despite the controversy, it's not the first recent election in Florida that featured a NASCAR sponsorship. Former Rep. Kendrick Meek, D-Fla. -- who ran against Crist, then an independent, for the U.S. Senate in 2010 -- sponsored a NASCAR vehicle during that race.

Crist assumed the Florida governorship in 2007 as a Republican, serving one four-year term. He decided to run for the Senate in 2010 instead of pursuing reelection, but he was defeated in the Republican primary by now-Sen. Marco Rubio, R-Fla. He faced Rubio and Meek in the general election as an independent, edging out Meek but losing to Rubio.

At the end of 2012, Crist officially joined the Democratic Party, announcing a bid to unseat Gov. Rick Scott, R-Fla., shortly thereafter. Scott, whose approval ratings are sagging, is considered vulnerable, and the race figures to be one of the most expensive, closely watched gubernatorial contests in the country come November.