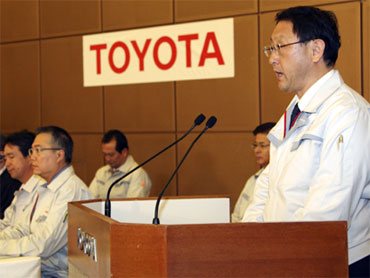 NASA and the National Academy of Sciences are joining the government's effort to figure out what caused the sudden acceleration problems that led to Toyota's massive recalls.

In a separate study, the National Academy of Sciences will examine unwanted acceleration and electronic vehicle controls in cars from around the auto industry, LaHood said. The National Academy is an independent organization chartered by Congress.

The academy study, expected to take 15 months, will review acceleration problems and recommend how the government can ensure the safety of vehicle electronic control systems.

"We believe their outside expertise, fresh eyes and fresh research perhaps can tell us if electronics have played a role in these accelerations," LaHood said.

Toyota has recalled more than 8 million vehicles worldwide, including 6 million in the United States.

Toyota said in a statement it was "confident in our vehicles and in our electronics" and would cooperate with the government review.

"These studies are just the kind of science-based examination we have been calling for. Bringing some sunshine to this subject is bound to separate fact from fiction, which will be good for Toyota, the industry and the motoring public," the company said.

Toyota has always insisted poor pedal construction and bunching floor mats are behind the acceleration problems, reports CBS News correspondent Dean Reynolds, and although there is suspicion about those conclusions, federal safety regulators have thus far been unable to pinpoint another cause.

Meanwhile, Toyota promised Tuesday to respond faster to customer complaints as it held its first meeting of a committee of quality experts set up to help salvage a reputation battered by the massive recalls and reports of runaway vehicles.

Toyota Motor Corp. appointed chief quality officers in key regions - including North America - where the biggest problems have surfaced to convey customer complaints quickly to its headquarters. It promised to include outside experts in evaluating quality measures.

"Listening to consumer voices is most important in regaining credibility from our customers," said Toyota President Akio Toyoda at a news conference after the quality committee met. "We are setting up a system to respond more quickly to complaints."

Despite the massive recalls, Reynolds reports that Toyota has seen vehicle production increase for seven straight months - up to 655,000 cars and trucks in February, and sales are rebounding, too.

LaHood has told Congress the department will dig deeply into what has caused hundreds of complaints of unwanted acceleration in Toyotas.

LaHood said he has asked the Transportation Department inspector general to review whether NHTSA's Office of Defects Investigation has what it needs to identify and address safety defects.

Some lawmakers have criticized NHTSA for failing to investigate Toyota complaints earlier and more thoroughly.

"Carmakers have entered the electronics era, but NHTSA seems stuck in a mechanical mindset," House Energy and Commerce Committee Chairman Henry Waxman said last month. "We need to make sure the federal safety agency has the tools and resources it needs to ensure the safety of the electronic controls and on-board computers that run today's automobiles."

Toyota has attributed the problem to sticking gas pedals and accelerators that can become jammed in floor mats, and has cited no evidence of an electrical problem. The company has noted that other manufacturers also have had reports of cars surging forward.

Consumer groups contend electronics could be the culprit, and dozens of Toyota owners who had their cars fixed in the recall have complained of more problems with their vehicles surging forward unexpectedly. Regulators have linked 52 deaths in Toyotas to crashes allegedly caused by accelerator problems.

Reviews of some recent high-profile crashes have failed to find a mechanical or electronic problem.

A police investigation of a March 9 accident in suburban New York involving a 2005 Prius found that the driver, not the car, was to blame. Tests following a March 8 incident in San Diego in which a driver reported the gas pedal on his 2008 Prius got stuck, leading to a 94 mph ride on a freeway, found that the hybrid's gas pedal, backup safety system and electronics were working fine.

NHTSA's review of Toyota's electronic throttle control systems is expected to be completed by late summer. The safety agency, with NASA's help, is looking at electronic systems used in Toyotas and whether they have flaws that would warrant a defect investigation.

The experts will look at software, computer hardware design, electromagnetic compatibility and electromagnetic interference. They will make recommendations to NHTSA in mid-2011 on how the government agency's rulemaking, research and defect investigations could help ensure the safety of vehicle electronic control systems.

The two studies together will cost about $3 million, including the expense of buying cars that have allegedly had unintended acceleration. Both studies will be peer reviewed by scientific experts, the Transportation Department said. 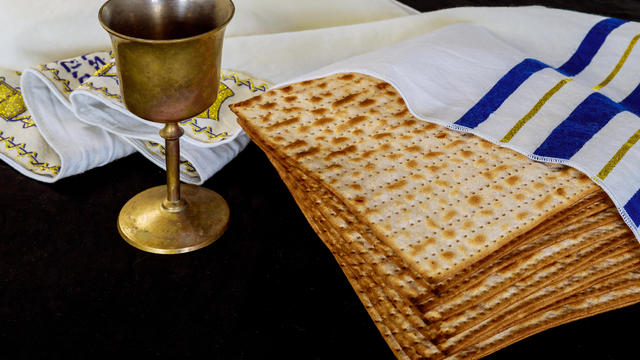