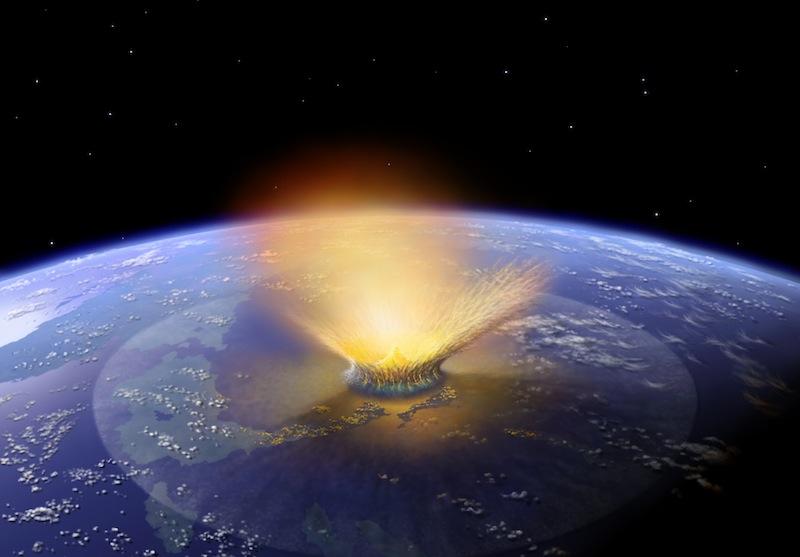 What would happen if the “big one” were heading towards Earth, like the life-threatening asteroid in the movie “Armageddon”? Apparently, we are vastly ill-prepared to deal with it, according to Dr. Joseph Nuth, a prominent researcher with NASA’s Goddard Space Flight Center.

Nuth was speaking at a meeting with nuclear scientists in San Francisco Monday when he made headlines for saying that “the biggest problem, basically, is there’s not a hell of a lot we can do about it at the moment,” when discussing the possibility of a civilization-ending asteroid or comet smashing into the planet, The Guardian reports.

The researcher’s bleak prediction came at the annual meeting of the American Geophysical Union. Nuth noted that, while these kinds of cataclysmic collisions are rare in Earth’s history, they aren’t unprecedented.

“But on the other hand, they are the extinction-level events, things like dinosaur killers, they’re 50 to 60 million years apart, essentially,” The Guardian reports him as saying. “You could say, of course, we’re due, but it’s a random course at that point.”

Nuth noted that our planet had a “close encounter” in 1996 when a comet whirred into Jupiter. Astronomers captured images of another such impact on Jupiter earlier this year. And one of our nearest planetary neighbors experienced a relatively close call in 2014, when a comet came “within spitting distance of Mars.” What makes that especially scary is that the comet was only discovered a mere 22 months before it buzzed the Red Planet.

If that had been Earth, 22 months would would not be nearly enough time to prepare, Nuth stressed.

Nuth said he has suggested that NASA build an “interceptor rocket” that could be stationed at the agency’s new planetary defense office. A ready-to-launch rocket that could be deployed within a year’s notice “could mitigate the possibility of a sneaky asteroid coming in from a place that’s hard to observe, like from the sun,” he said.

Of course, this kind of mission would require Congressional approval, Nuth added; it’s not just something NASA could do on its own.

NASA created a Planetary Defense Coordination Office (PDCO) earlier this year to coordinate efforts to track so-called near-Earth objects — asteroids and comets that could cross into our cosmic neighborhood.

The space agency estimates that it has spotted about 90 percent or more of the near-Earth objects larger than a kilometer in size. These would be the potentially catastrophic objects that science fiction often warns about. Smaller objects still pose a threat as well, and Nuth said Earthlings have to be vigilant about these potential threats.

So, how could we defend against these objects? At the talk, The Guardian reports Dr. Cathy Piesko of the Los Alamos National Laboratory said our options could include deploying “a kinetic impactor” — which she described as “basically a giant cannonball” — or perhaps a nuclear warhead.

But both would come with serious risks, and it would take years of preparation to figure out how to do it right. “We are very carefully doing our homework before finals week,” Plesko said. “We don’t want to be doing our calculations before something is coming. We need to have this work done.”

Mars craters and cracks create image of a teddy bear