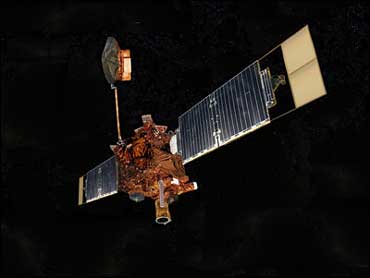 Human error triggered a cascade of events that caused the battery to fail on the Mars Global Surveyor last year, according to a preliminary report released Friday.

An internal NASA board determined that power loss likely doomed the spacecraft after a decade of meticulously mapping the Red Planet.

But the problems actually began in 2005, when a routine technical update to onboard computers caused inconsistencies in the spacecraft's memory. The board concluded that engineers didn't catch the mistakes because the existing procedures to do so were inadequate.

Scientists lost contact last November with the $154 million Global Surveyor. Launched in 1996, it was the oldest of six different active probes on the Martian surface or circling the planet.

Several attempts to locate the spacecraft were unsuccessful, and the mission was declared ended in January.

Global Surveyor was built with redundant control systems to guard against failure. However, the board found inconsistencies in the memories of the spacecraft's two onboard computers because the updates were done at different times.

Six months before Global Surveyor fell silent, engineers sent up incorrect software commands that disabled its solar panels. A final command in November telling the spacecraft to adjust its solar panels caused the battery to overheat and lose power.

The Global Surveyor beamed back some 240,000 pictures, including the first detailed views of swirling dust devils and gullies.

Shortly before it failed, it also found stunning evidence that liquid water recently coursed through Mars. The discovery, which still needs to be confirmed, raises the possibility that the planet may have an environment conducive to primitive life.