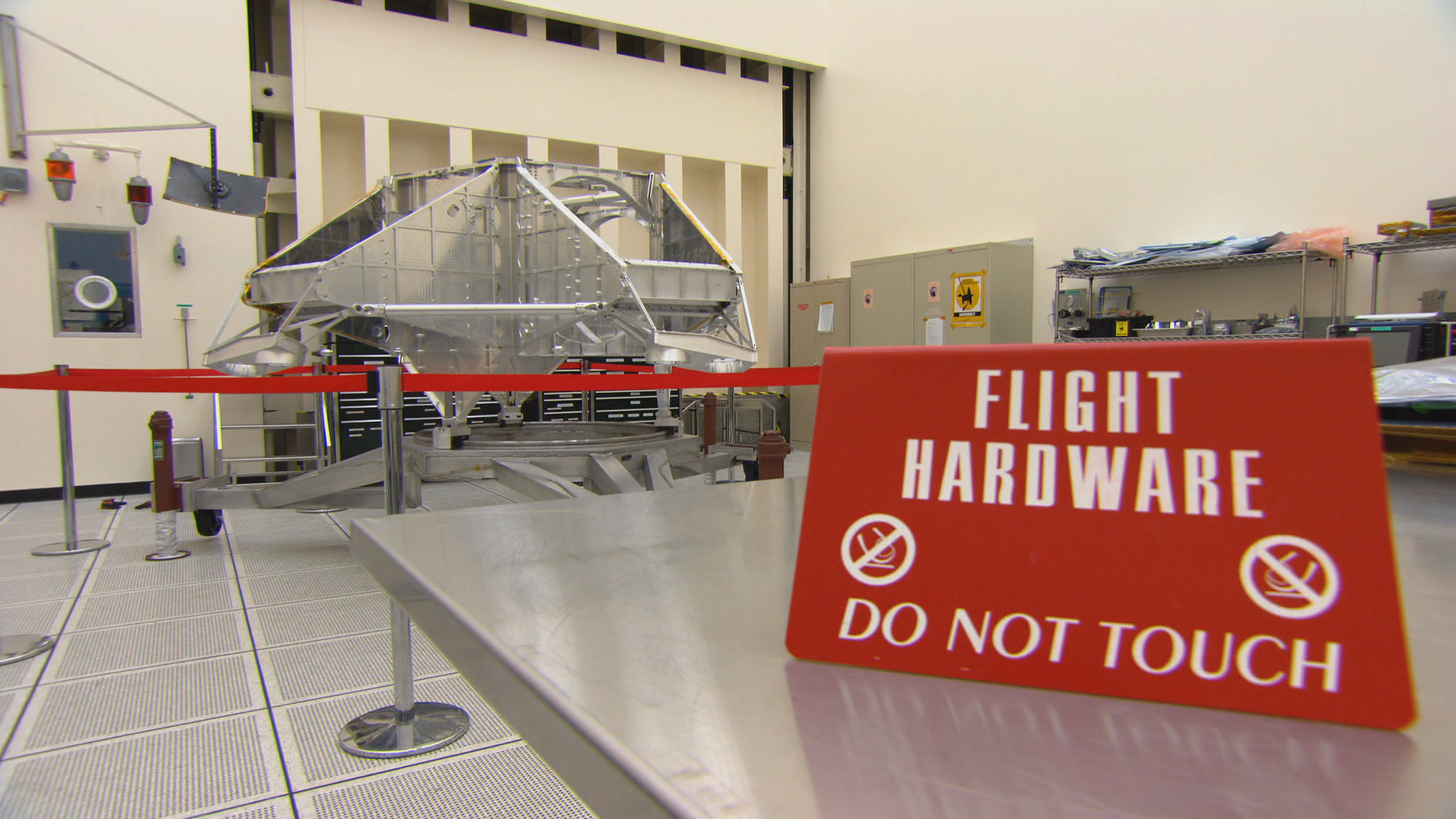 The Mars Reconnaissance Orbiter captured never-before-seen images from nearly 200 miles above the Red Planet. You can see spot craters, icy polar dunes and even the possible landing site for a future mission.

"CBS This Morning" got an exclusive first look at NASA's highly-sensitive big plans for Martian exploration, becoming the first broadcast to go inside the assembly room of the Mars 2020 mission.

The Red Planet is a speck in the sky 200 million miles away, but in just four years, one spacecraft will blast off for a unmanned mission to Mars -- a crucial step toward NASA's goal of someday sending humans to Mars in the next 20 to 30 years, reports CBS News correspondent Jan Crawford.

NASA agreed to let the CBS News crew inside the "clean room" where even engineers working on the spacecraft have to be covered head to toe.

"It needs to be clean in order to work properly, and it's going to the surface of Mars and we can't have Earth stuff goin' there. We don't wanna contaminate Mars," said Deputy Mission Manager Jeff Srinivasan said.

For generations, Mars has been a source of fascination and a favorite of Hollywood, but at the Jet Propulsion Laboratory, it's no longer science fiction -- it is cutting edge science. One piece of metal will be a sophisticated landing system for Mars 2020.

"The most important part that gets put on this is our propulsion system. So those are the rockets," Srinivasan explained.

It will slow down the spacecraft and gently drop an SUV-sized rover onto the surface of the planet. NASA used the same technique in 2012 to land the "Curiosity" rover.

"Curiosity is the first rover to really confirm that Mars was a habitable place," said Steven Lee, deputy project manager for Curiosity. A replica is displayed at JPL's "Mars Yard."

The next generation rover will be loaded with a lot more technology, like higher resolution cameras and an advanced robotic arm and drill, which Srinivasan said will help search for signs of Martian life.

"We're actually going to drill cores and make small samples of Martian rock that we will put in tubes, seal, and leave on the Martian surface, and hope the future mission, potentially, will get those samples, bring it back to Earth," Srinivasan said. "We've never brought anything back from the surface of Mars."

And for the first time, NASA will test systems that future astronauts would use to survive their journey.

Engineer Jim Lewis and his team are working on how to turn the Martian atmosphere into oxygen for astronauts to breathe and use as fuel. This experiment is critical because astronauts couldn't bring enough oxygen from Earth to last for what will be a three-year mission.

"So inside this chamber is at seven torr which is the Martian pressure," Lewis said. "If you want to go to Mars as a human or if you want to launch a rocket from Mars to bring a sample back, you need oxidizer to do that."

Lewis said all this, "without question," makes the upcoming mission a giant leap for human travel into deep space.

"Eventually we'll be able to overcome all the challenges that are ahead of us," Lee said.

"It's crazy but it's certainly a wonderful goal," Srinivasan said.

And it is a goal generations in the making -- now closer than ever.

"It sometimes is just amazing to imagine that we've built such a large system. So much complexity that's so capable. And we send it on a rocket and when you go out in the morning and you look and... it's a point of light in the sky," Lee said, laughing.