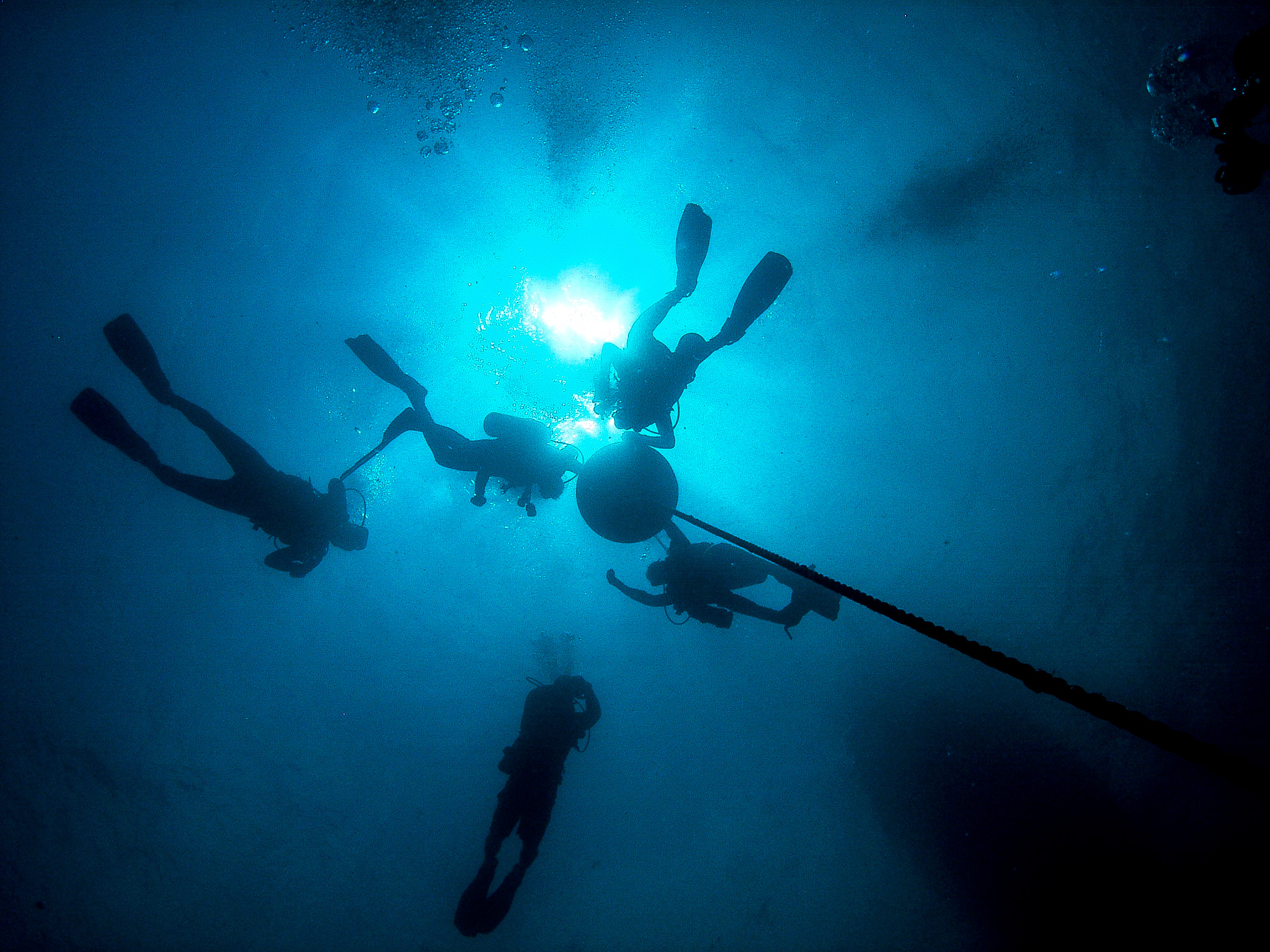 With ambitious plans to transport humans to Mars in the coming decades, NASA is preparing astronauts for this alien world by sending them to the bottom of the Atlantic Ocean.

Starting Monday, a team of international astronauts will spend the next two weeks living in Florida International University's Aquarius Reef Base undersea research habitat, which is about 62 feet under the water and 6.2 miles off the coast of Key Largo, Florida.

The idea is to give space station veteran Luca Parmitano of Italy, NASA astronauts Serena Aunon and David Coan, and Japanese astronaut Norishige Kanai a sense of the isolation and extreme conditions they would encounter during a stay on Mars or a mission taking samples from an asteroid closer to Earth.

"I am more excited than anything else," Parmitano, who will command the 20th edition of the NASA Extreme Environment Mission Operations or NEEMO, told CBS News.

"It's a great opportunity and I'm looking forward to the training and the tasks we will be doing," he said. "It is one of the most spectacular places on Earth. There is a reef. There is a life under there and, even there we will be busy doing our science and technology, we will be able to look around and see what an amazing place we are working."

Parmitano comes well prepared for the mission, having spent 166 days on the International Space Station in 2013. Aunon, in contrast, hasn't flown in space but she has had her share of extreme training before this, including two months spent with NASA in Antarctica.

"This is another opportunity to complete a lot of science objectives and work as a crew," she said.

"The stuff we are looking at in terms of technique and modes of operating are things that they will look at years from now when we eventually make our way out to further destinations like Mars or (Mars' moon) Phobos or an asteroid," she said. "When you look at the science we are trying to complete, there are not many places you can test it out. Under the sea is one of those missions."

They will spend much of the time testing out state-of-the art equipment and doing experiments, including checking the health of the nearby coral reefs and sampling them to understand, among other things, why they migrate to such deep water.

They will be testing out tools that capture the coral samples so they don't float away and trying out a wearable mobile procedure viewer - mobiPV - which gives astronauts mobile access to hands-free instructions with audio and video that only they can hear and see, while mission control looks over their shoulder and offers advice.

They will also be working with the Navy's remote operated underwater vehicles to transport samples back to the station and trying out software called OnSight, a new technology that will enable scientists to work virtually on Mars using wearable technology called Microsoft HoloLens.

"When we think about exploring a new planet, an asteroid or a satellite, we don't know how we will be doing that," Parmitano said. "What are the forces that we have to deal with? Tools need to be designed. We need to think way ahead if you want to retrieve samples, if you want to store them."

They also will be testing out equipment such as booms that NASA hopes could help astronauts get around when they are on places like Mars with a lot less gravity. Earth, for example, has 2.66 times more gravity than Mars.

"You have to use different techniques, different tools to stabilize yourself from the surface of the planet to have mobility, to be able to get around," said NEEMO Project Director Bill Todd. "Even if you can get around, how do you anchor yourself in place in order to get enough force to chip on rocks and take samples and do science? You can't do that from a backpack. With the absence of gravity, somehow you have to be anchored to the surface to be able to do those things."

Every effort is also being made to simulate what life would be like deep in space. The team will live in confined quarters for those two weeks with communications that are delayed to mimic conditions they'd face on Mars - where it would take 20 minutes for anything to reach mission control.

Their home for much of that time will be Aquarius, an 85-ton double-lock pressure vessel that measures approximately 43 feet long and nine feet in diameter. There are sleeping quarters, a study area and space to do experiments.

The physical constraints are only part of the challenge. "It's the psychological aspect. You are going to live for two weeks in a very constrained environment. Even though there is an entire ocean outside, you can't just step outside and take a walk," Parmitano said. "It takes preparations and planning. You know, psychologically, you are isolated. You can't go to the surface if something happens. The added pressure and stress is something ... astronauts need to learn and cope with."

The NEEMO mission is among a series of extreme trainings that NASA and the European Space Agency (ESA) run to get astronauts ready for deep space. The Europeans also have a program that Parmitano took part in, which sends trainees into unexplored cave systems for a week, while NASA has another underwater training facility at two lakes in British Columbia.

Todd said these trainings are a great compliment to simulations, which are useful for teaching procedures, helping locate switches and systems as well as ironing out the process for working with the mission control team.

"The crew stays there for 14 days. They don't go home," he said. "There is nothing simulated about NEEMO. We don't bring fictitious problems, we don't make problems. It's a real mission. Things really break. There are real objectives."