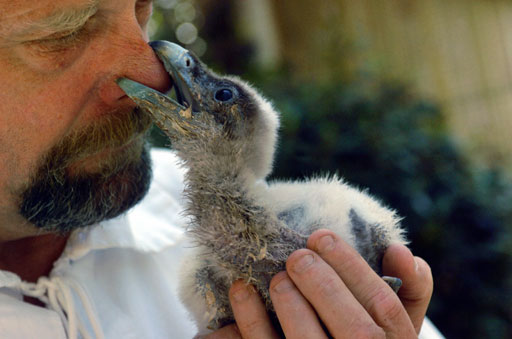 Industry officials also expressed displeasure at Napster's decision to reveal its offer at a news conference rather than in direct talks with them.

Sony Music Entertainment, one of the four record labels still at war with the online music-swapping service, said in a statement Wednesday that Napster's offer to pay $150 million a year in royalties "does not make sense" for an industry with annual revenues of $40 billion.

"Delivering their proposal to the entire industry through the media is not a valid way to address our many concerns," Sony said. "They have still not answered questions we have about a secure system which prevents unauthorized trading, or about how they intend to create a business model that respects the rights of record companies, artists and publishers."

Warner Music Group, a unit of AOL Time Warner Inc., EMI and Universal all issued statements calling the Napster proposal inadequate. "If there's a compelling and convincing business model, we would be interested in participating," EMI said.

Alone among the major music labels, only BMG Entertainment is supportive of Napster's proposal.

The unit of German media conglomerate Bertelsmann has allied itself with Napster, loaning it money and technical expertise as the company tries to make good on a promise to develop by this summer a secure, fee-based system that will compensate artists for their work.

In a sign of the level of commitment Bertelsmann is making, senior executives from the German media empire, including its chairman and chief executive Thomas Middelhoff, appeared alongside Napster executives at their news conference in San Francisco on Tuesday.

Napster says it hopes to start generating income through monthly subscriptions ranging from $2.95 to $9.95, which could be in place by July. But numerous technical issues remain unresolved, including how files would be protected, accessed and stored.

Napster's offer was announced a week after a federal appeals court signaled the end is near for Napster's free service, saying the music industry almost certainly will win its suit against the pioneering digital entertainment company.

Under the ruling, from a three-judge panel of the San Francisco-based 9th U.S. Circuit Court of Appeals, the company was ordered to stop the millions of people who use it as a clearinghouse to swap copyrighted music without charge and without restriction.

Napster, whose lawyers have said such action would be virtually impossible, has vowed to appeal to the full appeals court.

Napster has argued it is not to blame for how subscribers use copyrighted material, citing a 1984 case in which the Supreme Court refused to hold VCR manufacturers and videotape retailers liable for people copying movies.

But the appeals court said no such protection extends to Napster because the company knew users were swapping copyrighted songs. The panel also said there was evidence of "massive, unauthorized downloading and uploading of plaintiffs' copyrighted works — as many as 10,000 files per second by defendant' own admission."

Major record labels hoped the long-awaited ruling would force the estimated 50 million users of the online service to begin paying for the songs that Napster allowed them to get for free.

The heavy metal group Metallica, the first band to demand its songs be removed from Napster, said the ruling reaffirmed the right of artists not to have their music exploited.

"We are delighted that the court has upheld the rights of all artists to protect and control their creative efforts," the band said

Napster's popularity exploded in 1999 after Fanning released software that made it easy for personal computer users to locate and trade songs stored as computer files in the MP3 format.

These files can be copied endlessly with no loss in sound quality — a quantum leap from the "personal use" of cassette tapes and other music formats.

The five largest record labels sued as soon as Napster took off, saying it could rob them of billions of dollars in profits.

As Napster users grew by the millions, other kinds of file-sharing programs also popped up, such as Gnutella and Freenet, ensuring that Internet music giveaways will continue.

With the song-swapping technology here to stay, the music industry — while both loathing and loving the idea of getting music to consumers via the Internet — is developing a range of pay-for-play schemes, with paying subscribers and secure digital formats that prevent copying.