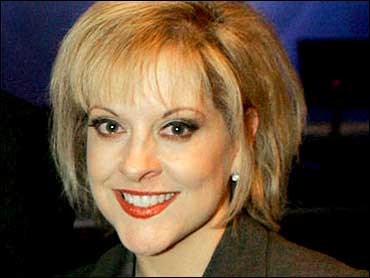 TV's Nancy Grace revealed to the New York Post that she was secretly married in April and is expecting twins in January.

"I'm finally not keeping it a secret anymore," she told the newspaper.

Grace, 47, said she will officially make the announcement tonight on her Headline News show, "Nancy Grace," but says she hasn't told CNN yet (she thinks her bosses will be "thrilled" when they hear the news).

Grace wed David Linch, an Atlanta investment banker who she has known since their days at Mercer College in the late 1970s, the Post said.

"We've been in touch all these years and a lot of time we were separated by geography and time," she says. "It was a spur-of-the-moment decision to get married. I told my family only two days before (the wedding).

"I never thought it would happen like this," she says. "I thought 'mother' and 'wife' was just not part of God's plan for me.

"This is such a blessing, and I just can't believe that, at my age, I would find such happiness."

The newspaper reports that Grace declined to say whether she'd had fertility treatments in order to become pregnant.

"But you tell women out there that there is hope," she said.

She left her post at Court TV last month after 10 years. "I knew something had to go, and that (something) was Court TV," she said. "I was firm that I wanted out of my option, but I didn't reveal that I was carrying twins."

Grace became a strong advocate for victims through the most tragic of circumstances: She was in college when her fiance Keith Griffin was murdered in 1980.

"He was gunned down," Grace told Sunday Morning correspondent Thalia Assuras. "He was shot five times in the face, the neck and the back. The guy took a wallet. I think it had about $35 in it. And that was the whole case."

It was that "senseless act of violence" that forever altered Grace's perspective. She abandoned her plan to become an English professor. She went to law school instead.